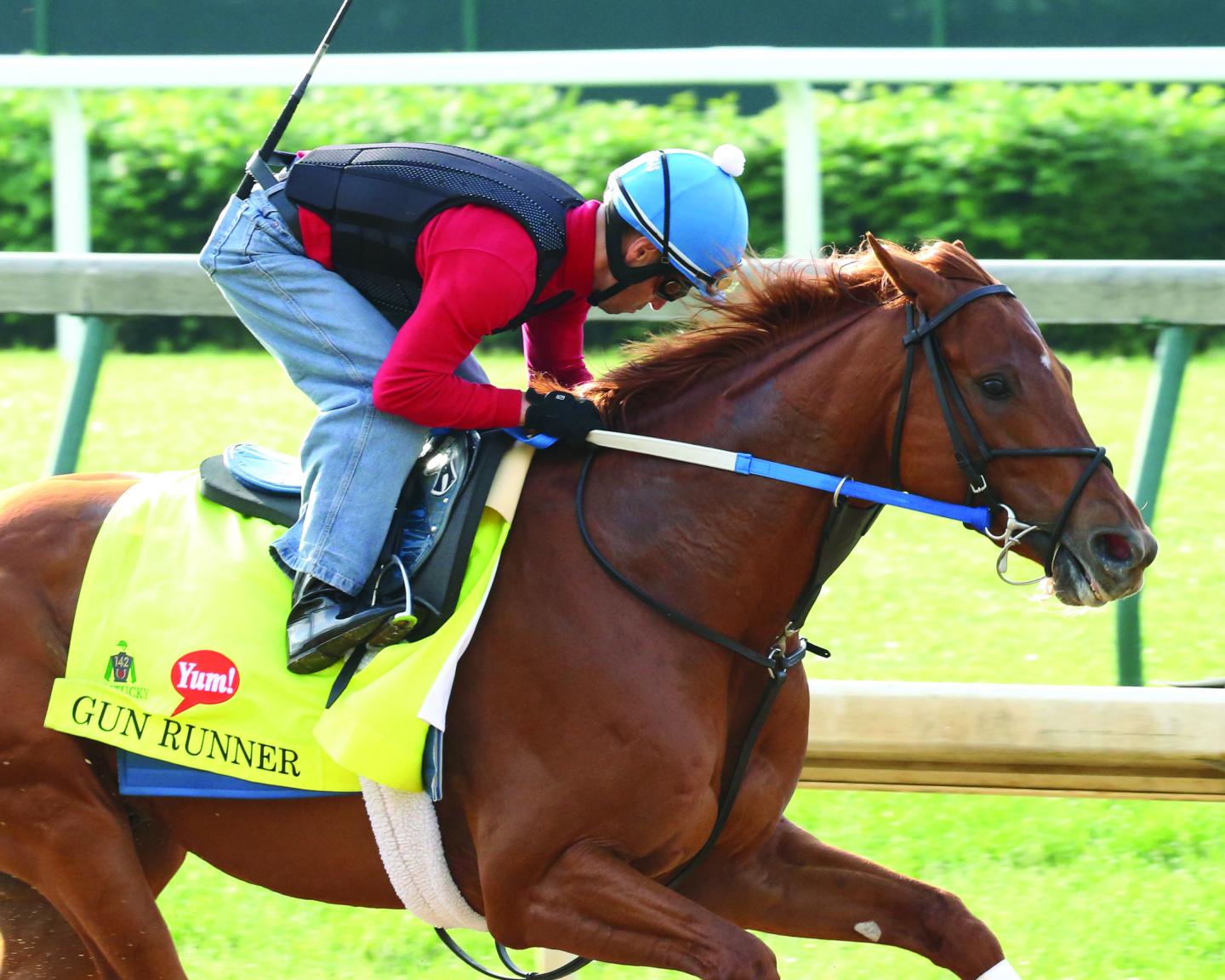 In yet another victory for former Derby contender, Breeder's Cup winner and 2017 Horse of the Year, Gun Runner ended his impressive career on Saturday by winning the $16 million 2018 Pegasus World Cup at Gulfstream Park. The win was a fitting conclusion for the Kentucky horse who's lifetime earnings reached $15.8 million!

Saturday was Gun Runner's fifth Grade 1 Stakes win in a row, including the Breeder's Cup Classic in November. While Derby fans will remember him for coming in third in the 142nd running of the Kentucky Derby behind Nyquist and Exaggerator, his Churchill Downs' wins include the Stephen Foster Handicap this past June, the Clark Handicap in November of 2016 and the Matt Winn in June of the same year.