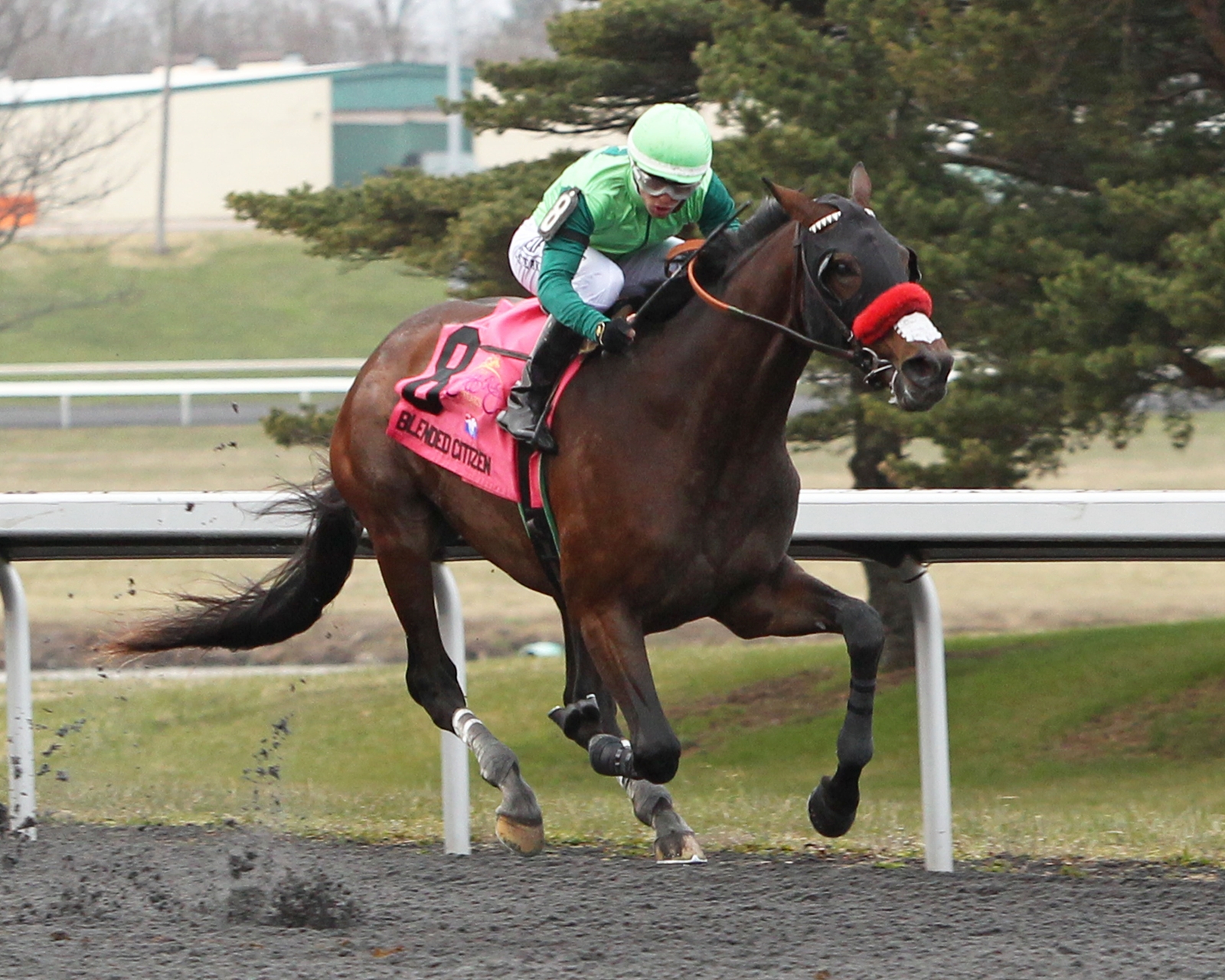 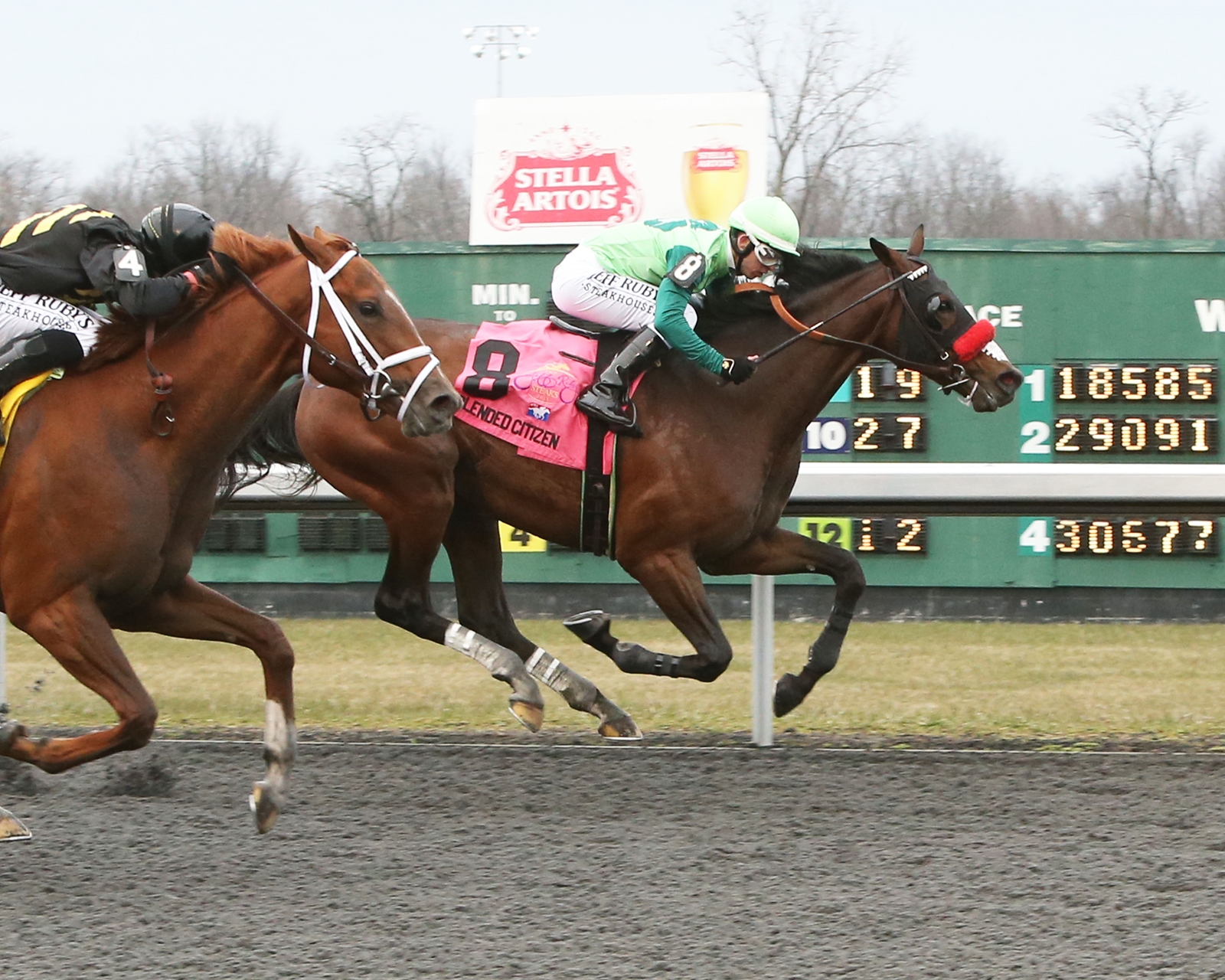 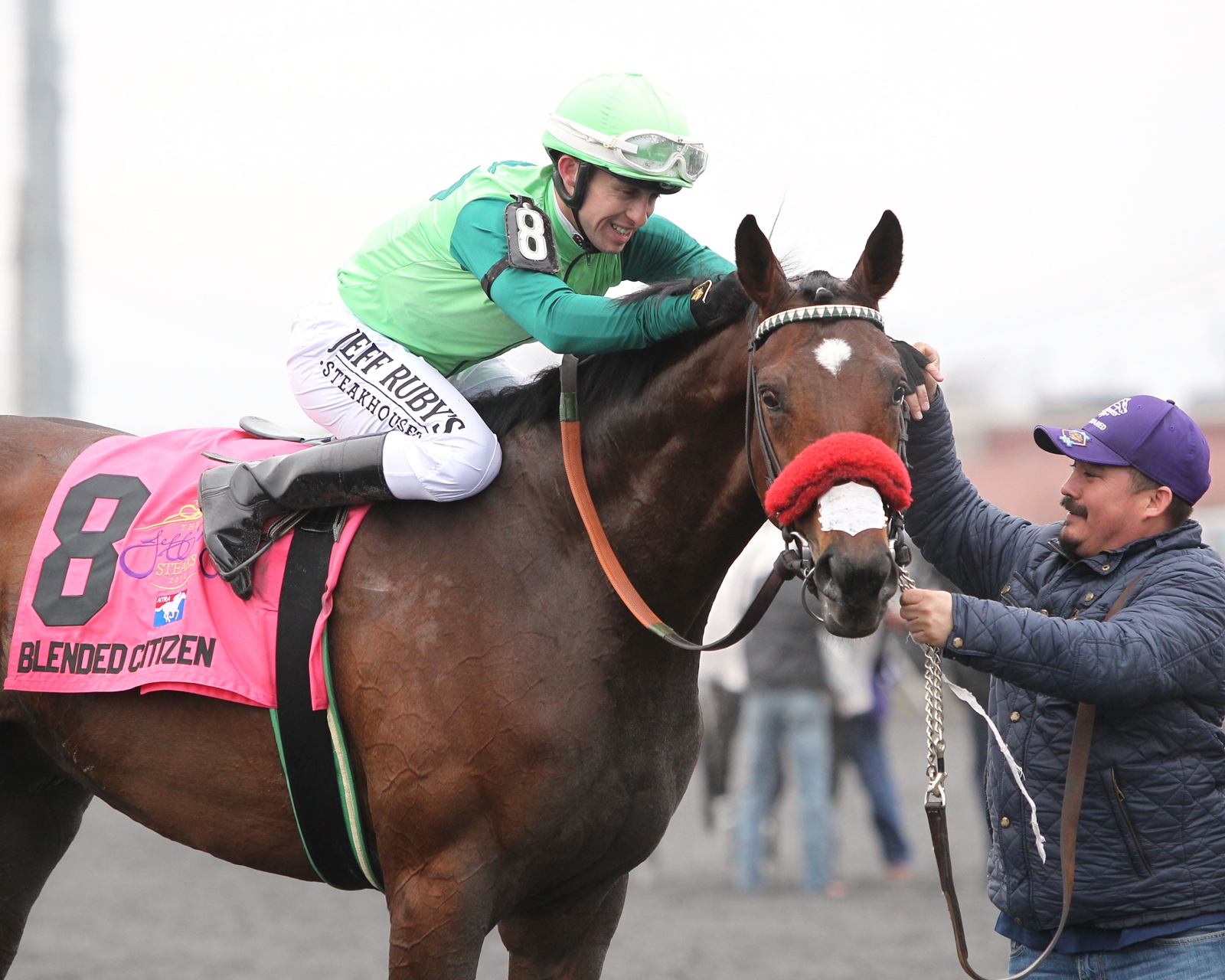 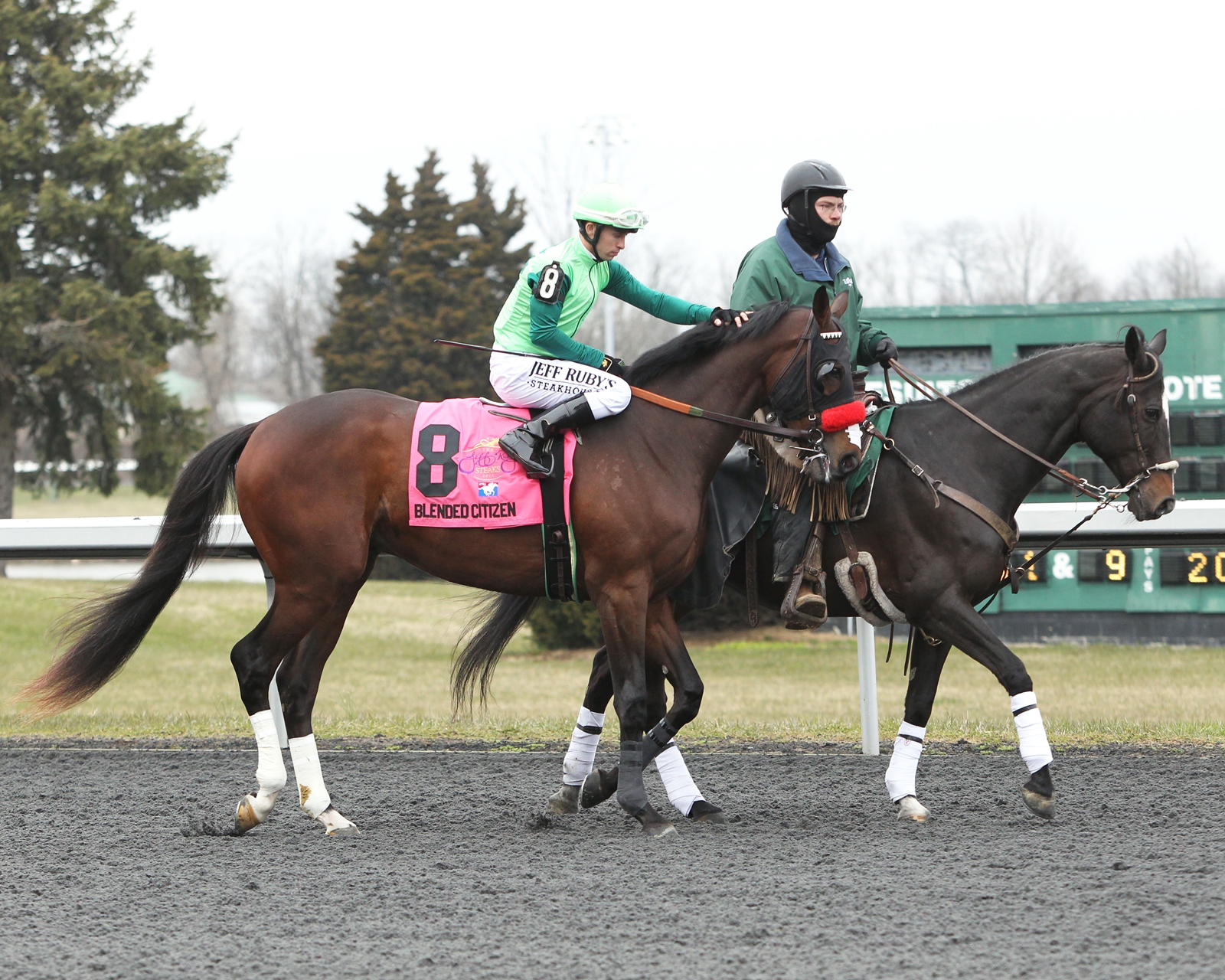 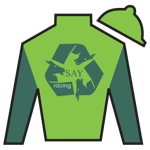 The Spiral Stakes was renamed in 2018 to the Jeff Ruby Steaks (G3) when the popular steakhouse became the title sponsor. The Kentucky Derby (G1) prep race produced a sizzling photo finish as Blended Citizen made a strong drive up the rail to win the 48th running of the renamed contest by a head over Pony Up at Turfway Park.

It took Blended Citizen five races at Santa Anita and Del Mar to break his maiden, and he finally did so going one mile on the turf at that latter venue. He finished fourth in the Eddie Logan Stakes next out at Santa Anita and third in Golden Gate Fields' El Camino Real Derby in February over the synthetic Tapeta. His first stakes win came over 11 rivals came at 6-1 odds in the Jeff Ruby Steaks, and Blended Citizen paid $14.40, $7 and $5 across the board. The victory earned the bay colt 20 Kentucky Derby points, and he now has 22 total points and is a late nominee to the Triple Crown.

"I knew he would run good!" assistant trainer Octavio Vergara said. "Last time out, he should have won the El Camino Real Derby, but he got stopped twice. Doug O'Neill sent him here to win and get into the Kentucky Derby."

Bred in Kentucky, Blended Citizen earned a BRIS speed figure of 100 in the Jeff Ruby Steaks. The son of Proud Citizen, who finished second in the Kentucky Derby and third in the Preakness Stakes (G1) in 2002, is out of the Langfuhr mare Langara Lass, and was purchased for $85,000 out of the Wavertree Stables consignment at the 2017 OBS March two-year-olds in training sale.