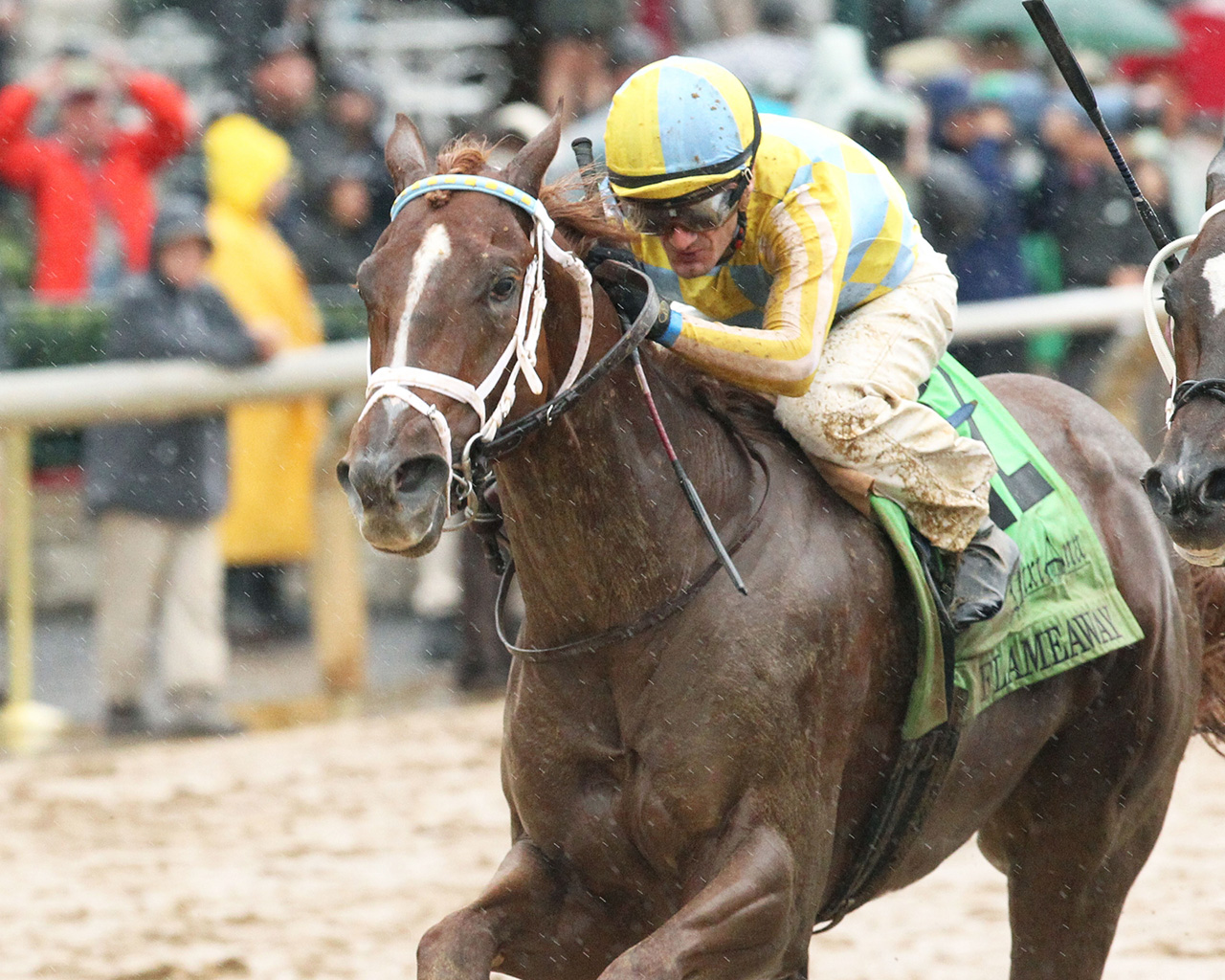 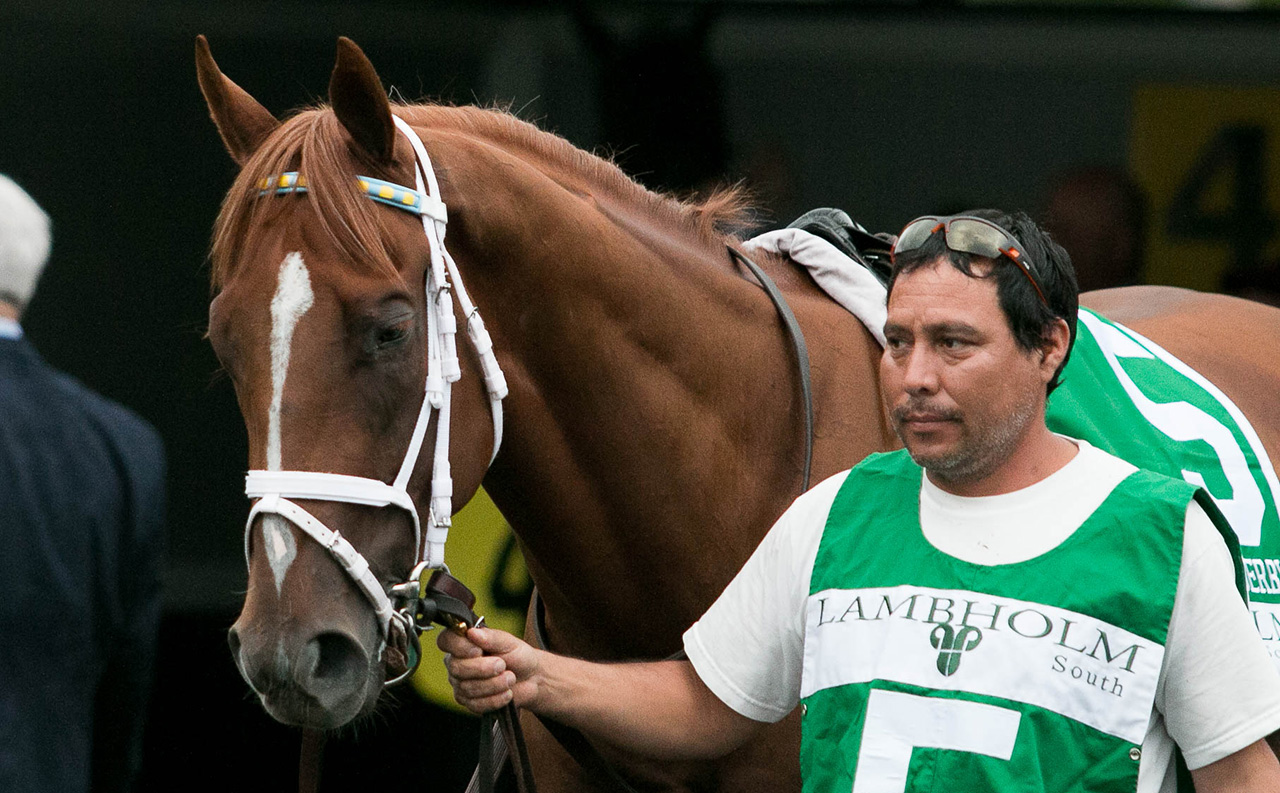 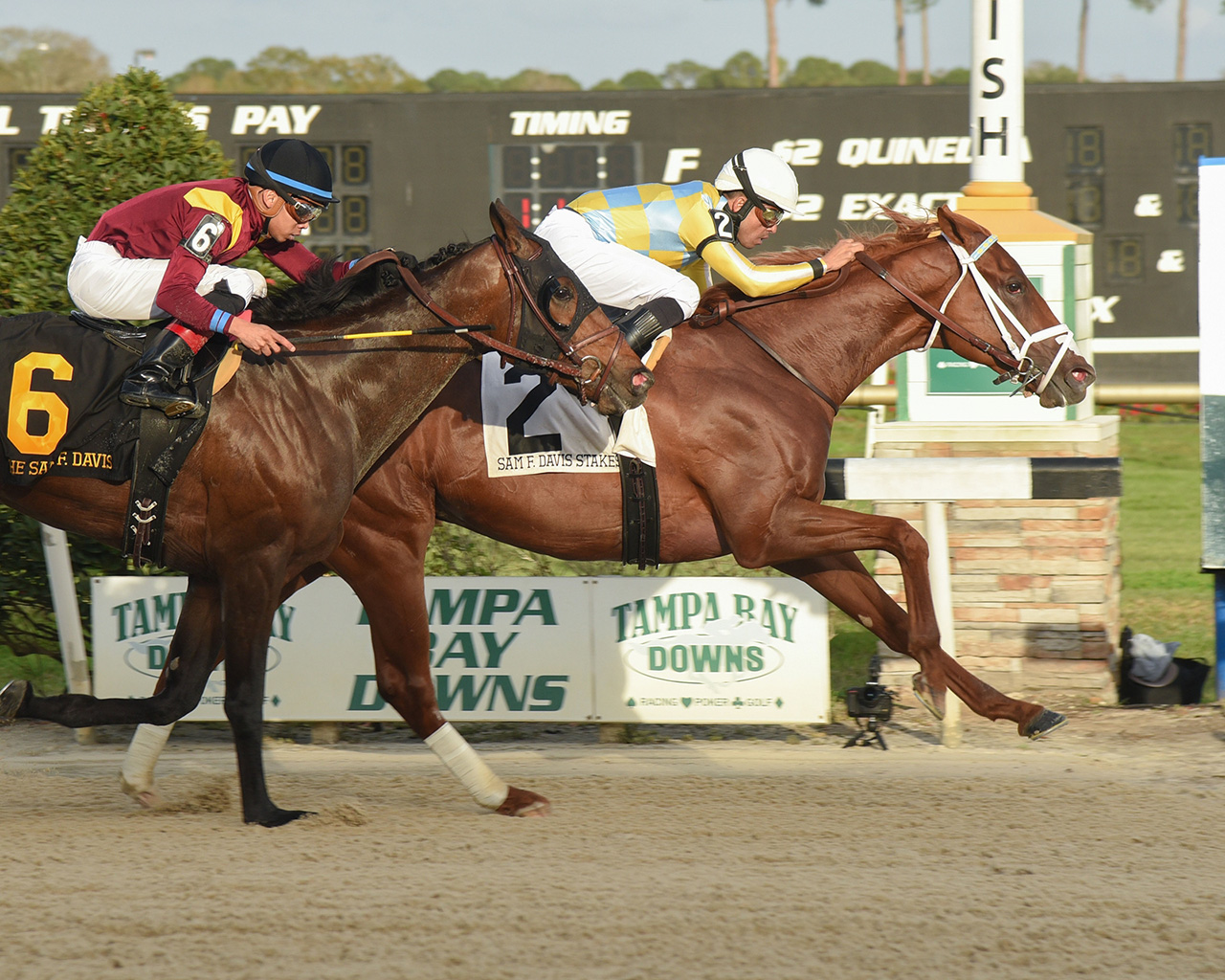 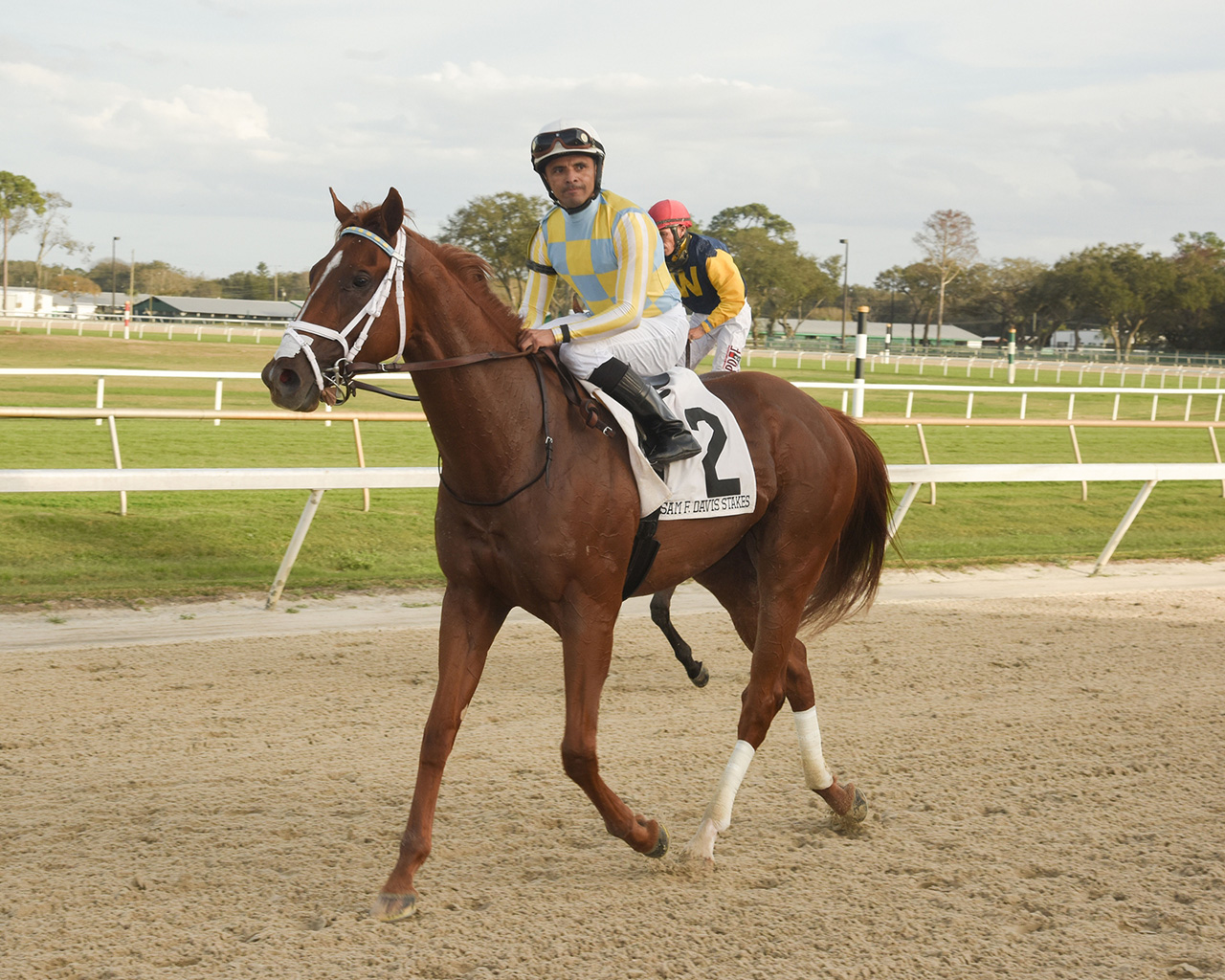 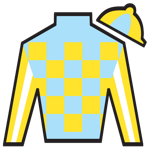 For some horses, it just takes time before they find their footing. Bred on February 28th, 2015 by Phoenix Rising Farms, Flameaway was originally sold for $150,000. With a sire like Scat Daddy, eyes were always on Flameaway as owner John C. Oxley saw enough in the young colt to purchase him for $400,000 as a yearling.

Immediate returns on Flameaway were quite positive as he wasted no time in breaking his maiden at Woodbine over a 4 ½ furlong sprint in a time of 0:53.26. From there, he returned to the United States and made an immediate impact by winning the 2017 Skidmore Stakes at Saratoga.

Flameaway was next entered in the 2017 Iroquois Stakes, a 1 1/16th mile contest which serves as the opening leg on the Road to the Kentucky Derby. Running strong, but far from competitive as Flameaway faded to a disappointing 6th place finish in a race won by The Tabulator. The performance was not what Oxley was looking for, but trainer Mark Casse refused to yield faith.

Entering the 2017 Bourbon Stakes as a 6/1 odds second choice, behind his half-brother and 4/1 favorite Tap Daddy, Flameaway crushed the 1 1/16th mile competition with a time of 1:45.77, which essentially matched the winning Iroquois time, and was the type of outing that Flameaway needed.

To begin his three-year-old campaign, Flameaway ran in the 2018 Kitten’s Joy over Gulfstream’s turf track and won in decisive fashion over Pony Up and Renaissance Frolic.

Returning to dirt for the first time in months, Flameaway next challenged the 2018 Sam F. Davis Stakes as a 10/1 longshot behind the heavily favored Catholic Boy at 3/5 and Vino Rosso at 2/1. His long, meandering journey back to the Road to the Kentucky Derby proved to be the x-factor as Flameaway ran undaunted the entire way and upset the two favorites with a massive return on $22.60 to win the 2018 Sam F. Davis Stakes with resounding pace. He covered the 1 1/16th mile race in 1:42.44.

Flameaway has now won on turf, synthetic, and dirt (both wet and dry), proving that he’s capable of competing in a variety of circumstances. That’s the type of competitive versatility that horse players like to see. Over 7 starts, Flameaway is 5-0-0 and earned $434.834 in career earnings. He is next pointed towards the 2018 Tampa Bay Derby and will remain a fixture of the Kentucky Derby prep race circuit as he continues to mature towards his potential.

Learn more about Flameaway with these indepth stories: