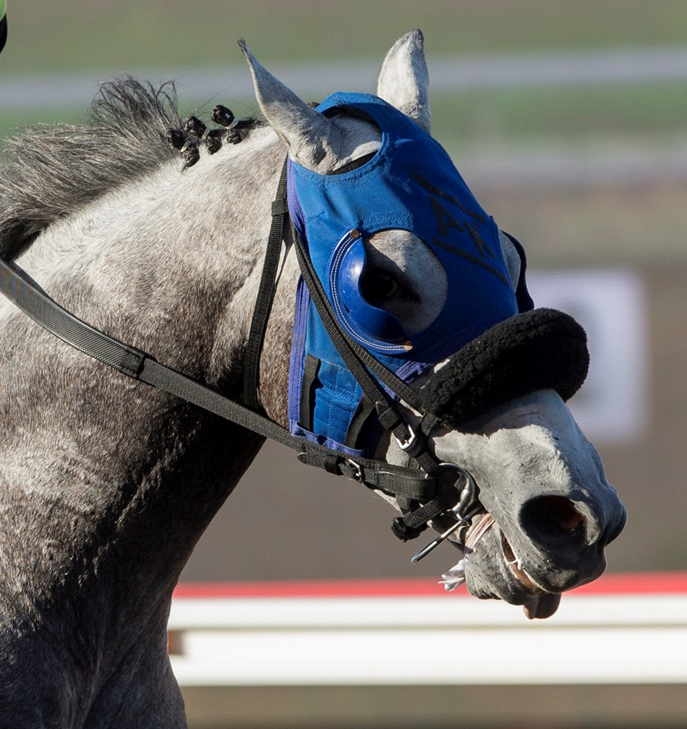 Greyvitos established himself as a contender on the Road to the 2018 Kentucky Derby. The son of Malibu Moon was born on February 15th, 2015 with noted breeder Audley Farm Equine. He sold as a yearling for $100,000 to Triple B Farms and assigned to trainer Adam Kitchingman.

In the beginning of Greyvitos career as a two-year-old colt things did not go swimmingly. During the summer he finished 8th in a Santa Anita maiden special weight on July 1st, and then finished third a few months later in October behind runners Italiano and Concur.

Later, travelling to Del Mar to compete in the Bob Hope Stakes on November 11th, Greyvitos finally showed off his potential by dusting the field to win the 7-furlong challenge in a time of 1:22.00. That momentum would would be met with adversity when his home stable was struck by wildfires.

Greyvitos used to frequent the San Luis Rey Downs Training Center as his workplace, but when catastrophe struck the stables on December 7th, he was one of the 450 Thoroughbreds to escape unharmed. Over 46 horses were either killed or seriously injured during the unexpected fires that forced trainers and owners to scramble for alternate homes in California.

The fire alone should have been enough of a distraction to delay Greyvitos for the year, but Kitchingman knew that the horse was mentally tough enough to go for one more win prior to testing tougher competition as a three-year-old. So Greyvitos entered the 2017 Springboard Mile as a 3/1 odds second choice.

Wasting no time in asserting himself in the Springboard Mile, Greyvitos took the lead at the three-quarters pole to leave no doubt, easily fending off 2/1 favorite Combatant by 2 ¼ lengths. The Springboard Mile win gave his barn an uplifting victory during a challenging situation.

With two stakes victories and a 2-0-1 record over 4 starts, Greyvitos has earned $306,345 and will likely take the Californian route to the 2018 Kentucky Derby. That pathway includes trips to the San Felipe Stakes and then on to the Santa Anita Derby, which is one of 7 races that offers 100 Derby points to the winner. Should this graceful grey continue to improve, he will certainly be a threat for the Triple Crown races. Considering all that he’s overcome, it’s impossible not to root for him and his connections.

SCULLY: Springboard Mile Review: Outside post no problem for Greyvitos