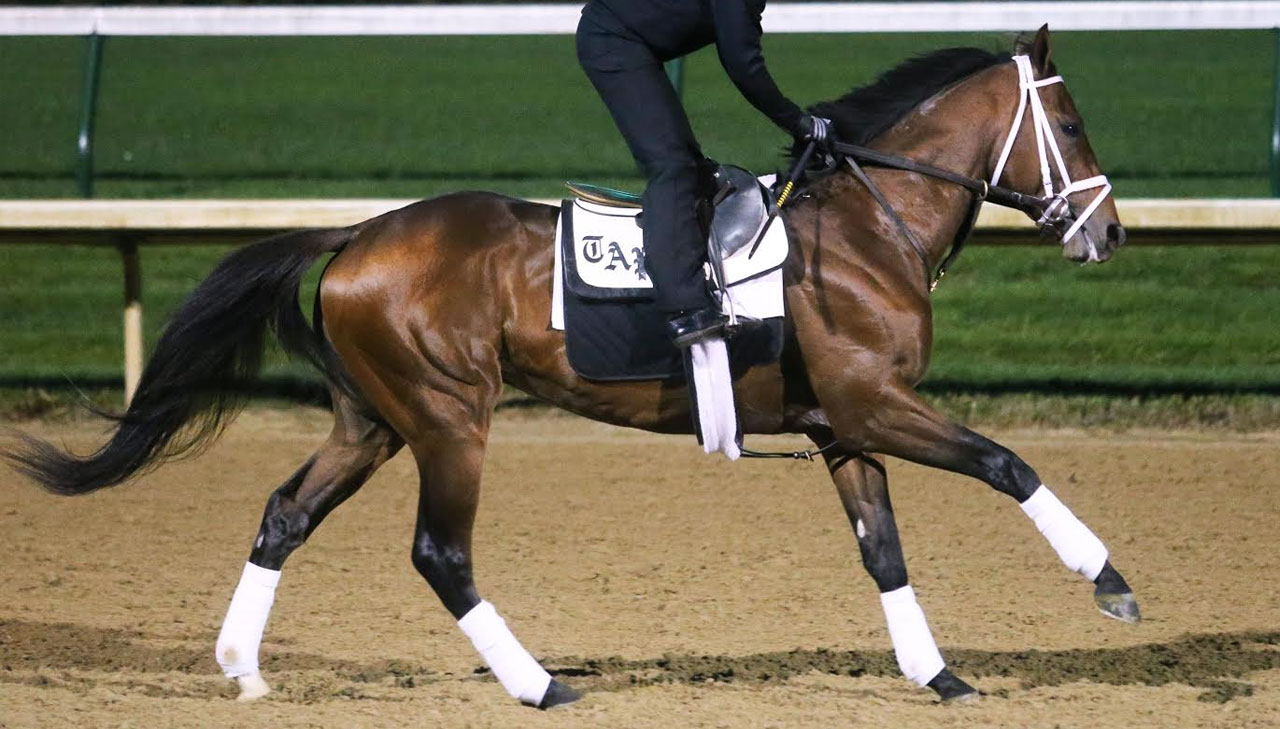 Master Plan is a 3-year-old Kentucky bred by Twirling Candy. He was purchased from the Ocala Breeders Sales Company 2-year-old in training sale for the hefty sum of $850,000.


The colt’s debut was at Saratoga over the turf course in late August of 2016. He broke somewhat slow in his first start and was very green going into the first turn. He later  settled to the rear of the pack and when turning for home, swung about 3 wide to make a decent rally down the stretch, but could only manage a 4th place finish in a field of ten.


Master Plan took a two-month layoff before he returned in the entry box at Gulfstream Park West and once again his connections opted to start him over the turf course. Master Plan was a much different horse in his second start, as he broke well and settled mid-pack, off the two front runners. Master Plan moved up on the outside of the two leaders nearing the top of the lane, and then made a very nice move down the stretch to go on to win by 2 ¼ lengths. Off his maiden win, Master Plan was entered in the Pulpit Stakes over the Gulfstream Park turf course, but the race was moved to the sloppy (sealed) main track.


This would be his first start over the dirt, and he once again rated off the front runners. Master Plan made his move around the final turn and began to pass the tiring leaders but he could only manage 2nd to his stable-mate Tapwrit.


Master Plan made his 3-year-old debut at the Ocala Training Center in the OBS Championship Stakes on Jan. 24. Master Plan was taken to the back in a field of 7 and he was still only fourth at the top of the stretch but flew past all the front runner to go onto win by 2 ½ lengths. Once again Master Plan was given a layoff and he just showed up for his second start which was in the $2,000,000 UAE Derby at Meydan in Dubai. He was no match for the top 2, but Master Plan did rally to take the show positon to earn 20 points towards the Kentucky Derby.


Master Plan’s connections wouldn’t commit to the Kentucky Derby after his performance in the UAE Derby, but they did state they thought Master Plan would stay the distance of the Belmont Stakes.