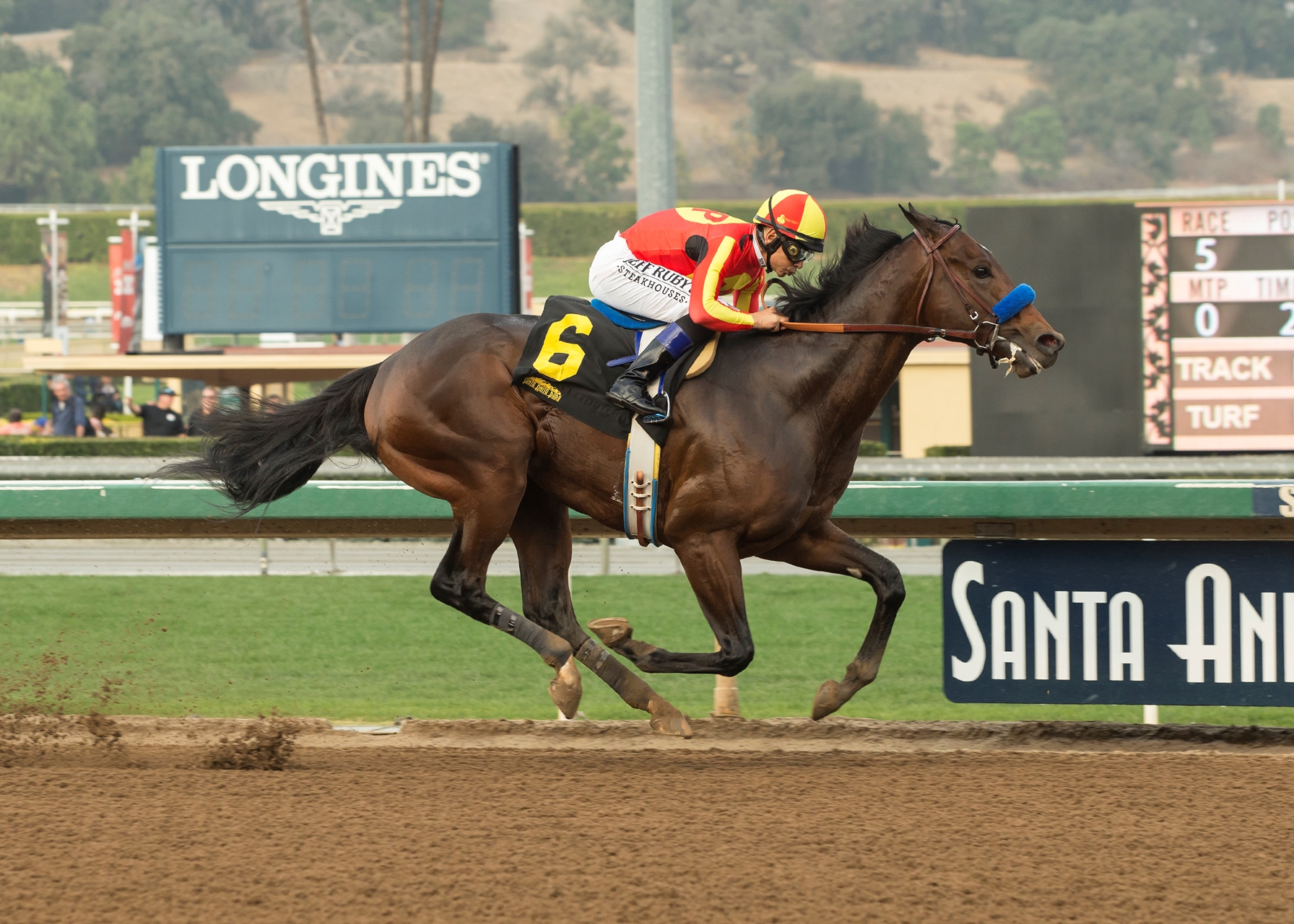 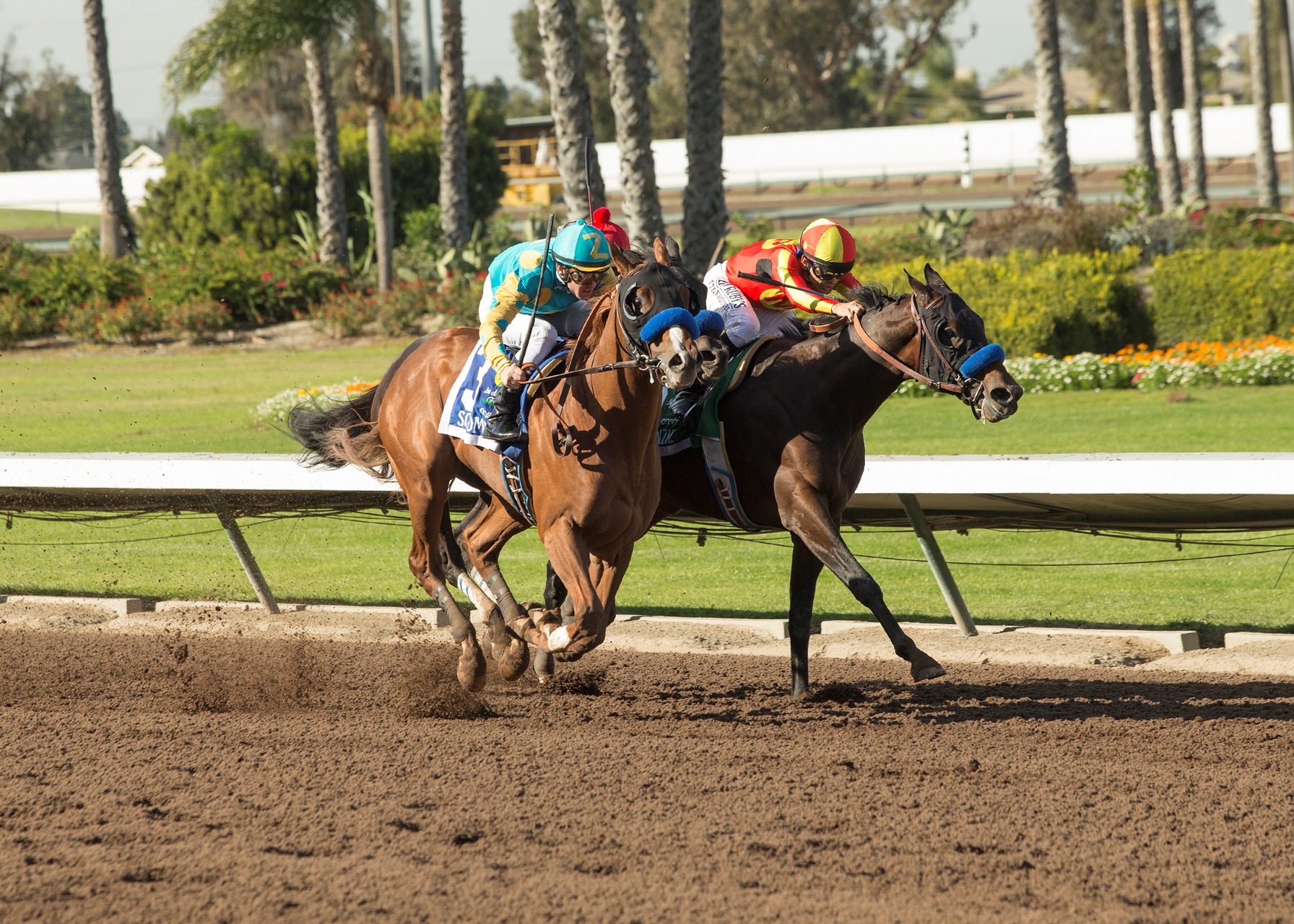 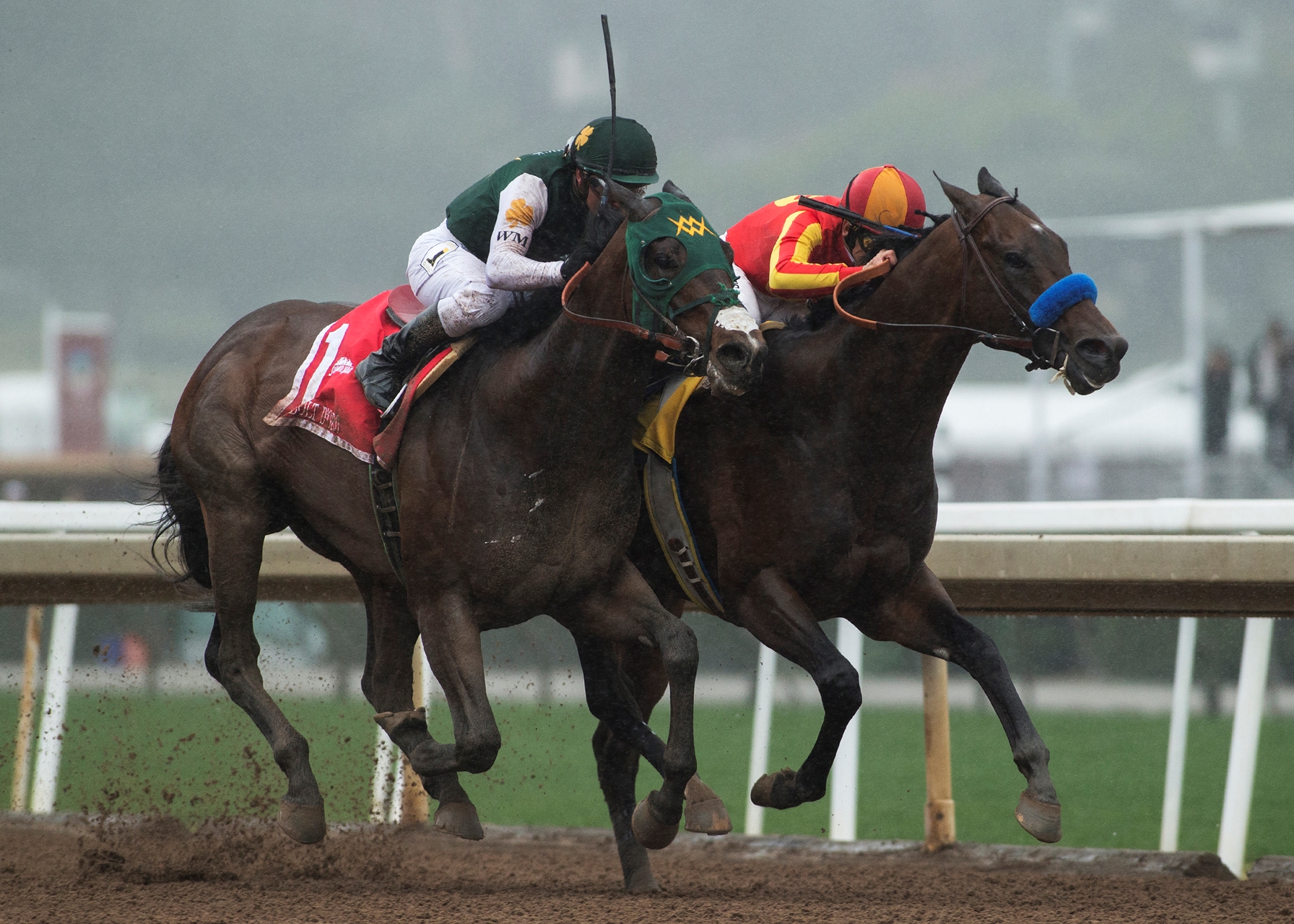 McKinzie was bred by Summer Wind Farm on February 25th, 2015. He was then sold as a yearling for $170,000 to the Three Amigos stable run by Karl Watson, Michael Peagram and Paul Weltman. The talented Bob Baffert has been enlisted to train him with Mike Smith in the saddle.

Baffert was also entrusted to name the young horse, and he chose “McKinzie” after Brad McKinzie, a long time friend of the trainer who was previously an executive for Los Alamitos Race Course until he passed way this summer due to renal carcinoma.

The now two-year-old contender made his debut on October 28th at Santa Anita and came through on his incredible potential. The son of Street Sense out of Runway Model cruised to a 5 ½ length victory in a 7 furlong sprint where he was clocked at 1:22.70. This was enough to propel the colt to a 20/1 longshot number in the first pool of the Kentucky Derby Futures Wager.

On December 9th, McKinzie ventured to the track of his namesake to compete in the 2017 Los Alamitos Futurity and the hype was well mounted. Opening as a 6/5 favorite, McKinzie would eventually go off as a steep 1/2 choice on the board ahead of the well regarded Solomini at odds of 8/5.

Sitting patiently behind the pace setters, McKinzie ran a perfect race early on and found the inside lane down the homestretch. He battled Instilled Regard early on until both were bumped by a hard charging Solomini in the final moments. Solomini would go on to cross the wire first, but would later be downgraded to third as a penalty for what was deemed illegal contact.

Baffert trains both Solomini and McKinzie, so he was a winner two times over in this race, but it was a poetic and uplifting moment for the trainer to see the latter be awarded the victory. He was clocked at 1:42.57 ahead of Instilled Regard.

Making his debut as a three-year-old, McKinzie entered the 2018 Sham Stakes as a heavy 1/5 favorite and stalked All Out Blitz perfectly to stream home untouched down the homestretch. He covered the mile in 1:36.58 and proved his talent and class was truly next level. This victory has primed him for a serious run down the Derby trail.

McKinzie has remained perfect through three starts and has earned $270,000 in total earnings. The three-year-old colt is now becoming one of the hot, new contenders for the Triple Crown. He is next expected to attack the 2018 San Felipe Stakes where he is expected to face off with Bolt d’Oro on route to the Santa Anita Derby and beyond.

Learn more about McKinzie with these in depth stories:

HANSON: McKinzie much the best in Sham