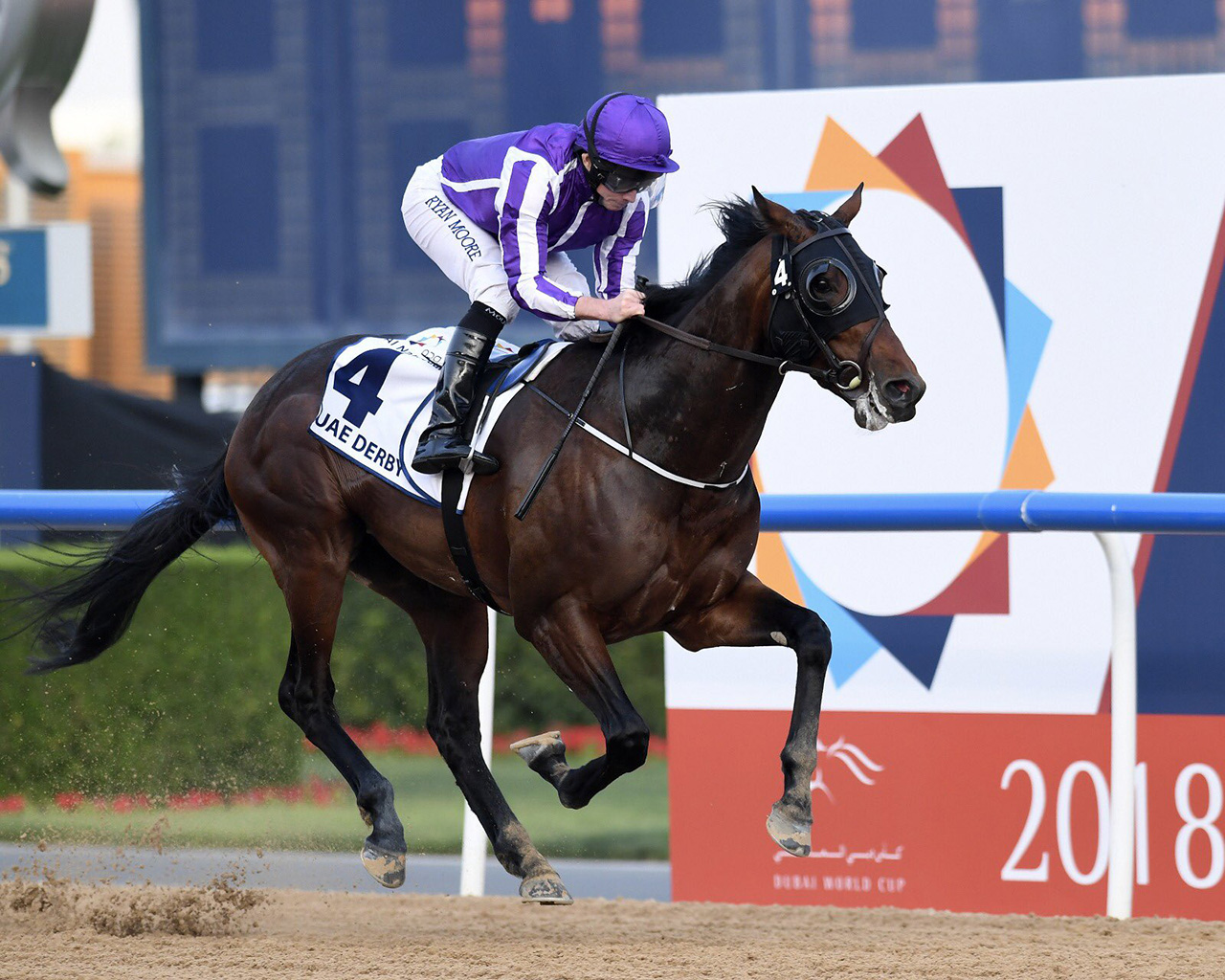 Courtesy of the Dubai Racing Club 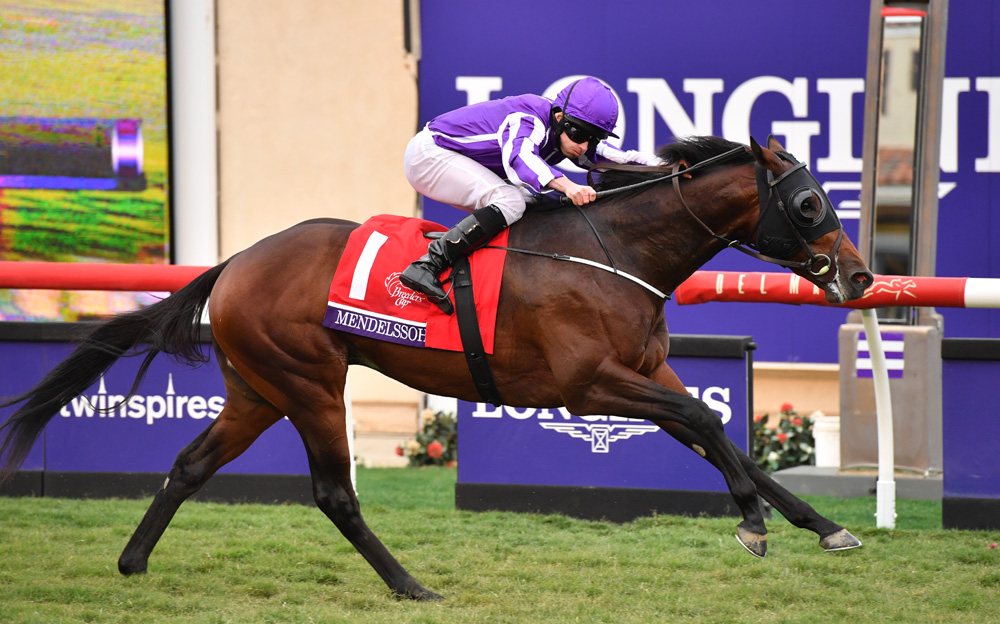 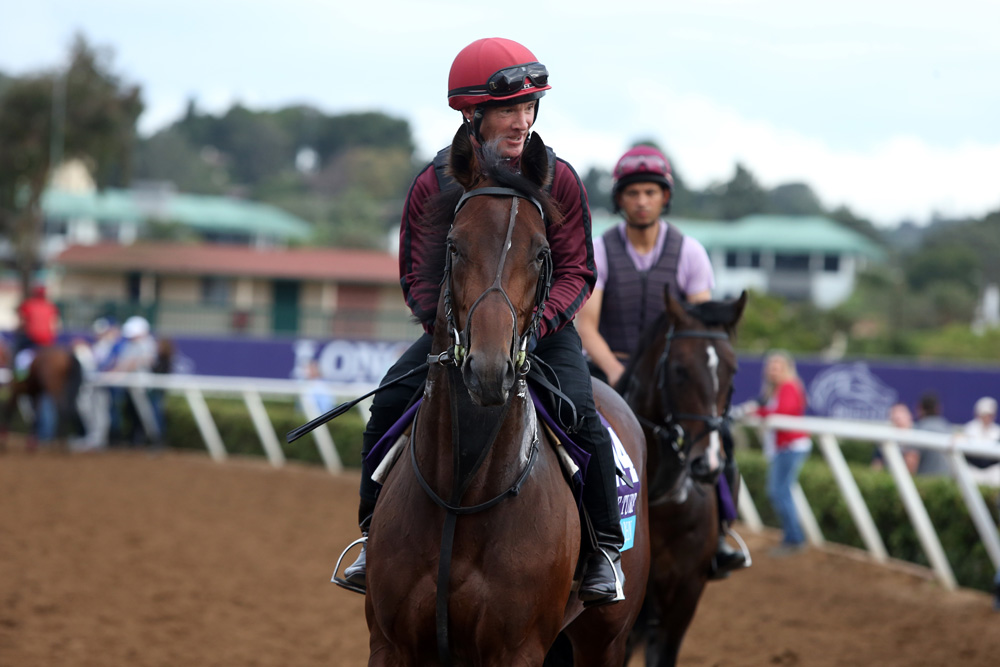 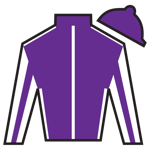 One of the most impressive Kentucky Derby prep race winners was Mendelssohn, who captured the $2 million UAE Derby March 31 at Meydan Racecourse in Dubai. The win was Mendelssohn’s third straight for top Irish trainer Aidan O’Brien, who has had one of the best career’s in racehorse-training history. O’Brien conditioned Mendelssohn on the turf and won the $1 million Breeders’ Cup Juvenile Turf (G1) in a stalking 1 mile trip at Del Mar Nov. 3, 2017.

Kentucky-bred Menelssohn is well-traveled, breaking his maiden Curragh in Ireland, then 7th at Doncaster in England, 2nd at Newmarket in Great Britain before winning at Del Mar in California three weeks later in the Breeders’ Cup. His 3-year-old campaign started with a win at Dundalk in the 1 mile Patton Stakes over a Polytrack March 9 before his dominating front-running victory in the UAE Derby in Dubai, his dirt debut.

Mendelssohn will be O’Brien’s 6th Kentucky Derby runner, and he looks like he’s the best-ever Derby contender for O’Brien, who is seeking his first Kentucky Derby victory.

Mendelssohn was the highest-priced American yearling of 2016, a staggering $3 million purchase. He is out of the 2016’s Broodmare of the Year, Leslie’s Lady (Tricky Creek), who produced Beholder and Into Mischief, the champion sire of 2-year-olds in 2016 and 3-year-olds in 2017.

Mendelssohn is a strong Kentucky Derby entrant that will be priced below a number of the other top contenders. He’s 10-1 in the final Kentucky Derby Future Wager pool. Many will be concerned with other 3-year-olds poor Kentucky Derby performances after winning the UAE Derby. Of the nine UAE Derby winners that have attempted the Derby double since 2000, the best finish for any of them was 6th place in the Kentucky Derby.

Last year’s UAE Derby winner Thunder Snow bucked badly at the start of the Derby and did not finish. He did however progress well and just won the Dubai World Cup.

Having already made a triumphant trip to the U.S. in the Breeders’ Cup, Mendelssohn and his mount Ryan Moore are a magnificent double M combination worth supporting with some money in the Kentucky Derby.

Learn more about Mendelssohn with these indepth stories:

REILLY: Tales from the Crib: Mendelssohn