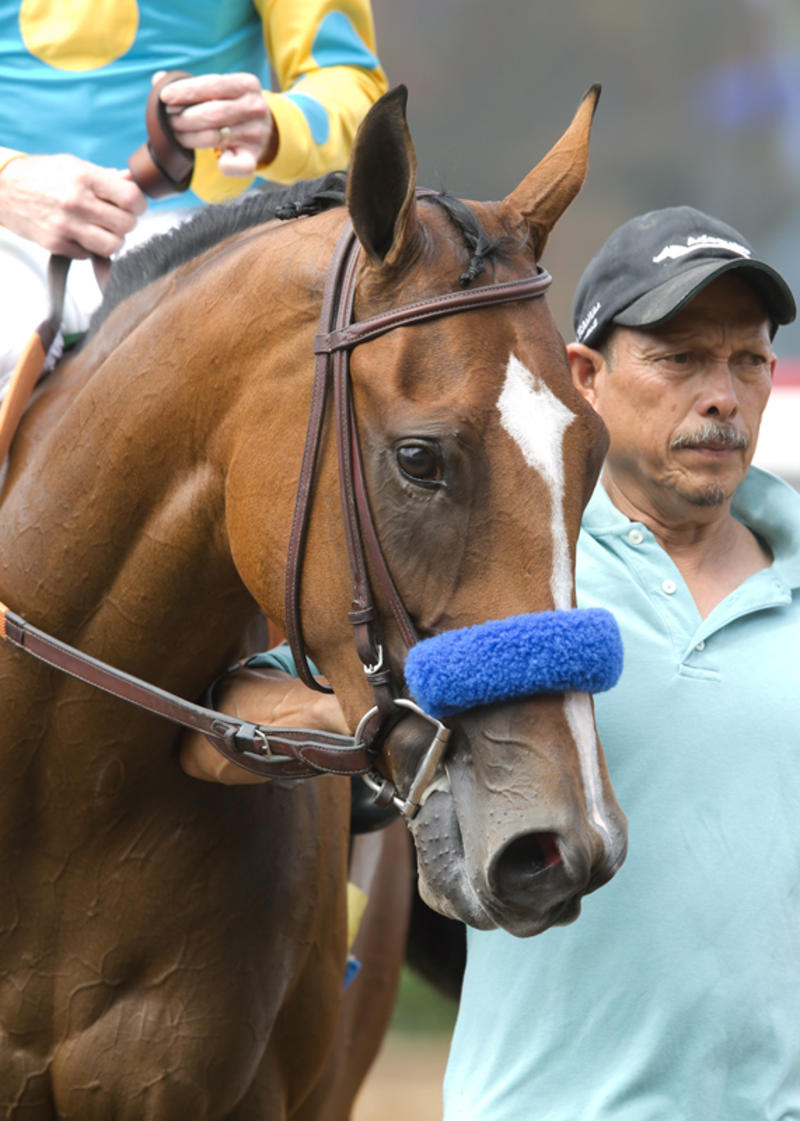 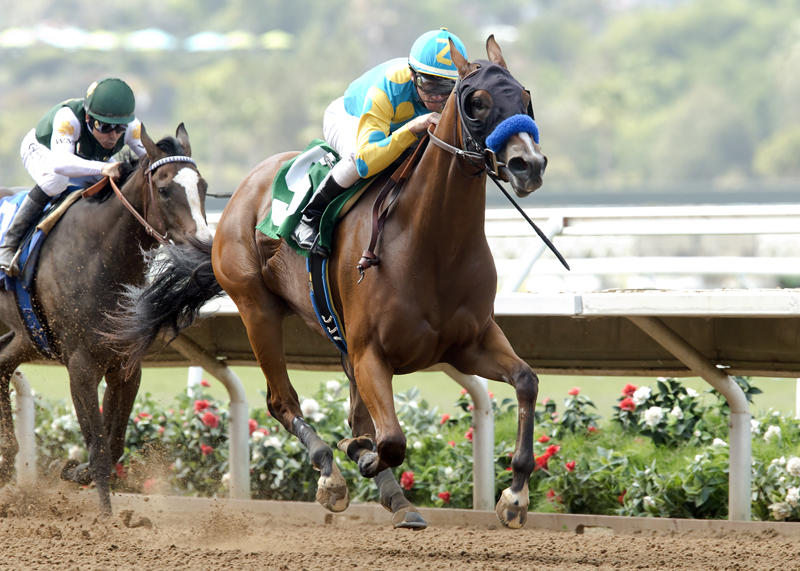 The juvenile filly review was forced to take a brief hiatus, thanks to the Haskell and Whitney Handicap weekends, but it’s back in business this week and there’s one name that stands out – AMERICAN CLEOPATRA.

Being a full sister to a talented runner is no walk in the park, but when you’re the full sister to Triple Crown hero American Pharoah, well, expectations can be out of this world.

American Cleopatra was able to live up to those expectations, at least in her debut on July 31 at Del Mar. Campaigned by the same connections as her popular older brother – owner/breeder Zayat Stable and trainer Bob Baffert – the bay daughter of Pioneerof the Nile scored by two lengths in the 3RD race under Stewart Elliott.

The Kentucky homebred was hustled straight to the lead when the gates opened but gave up the advantage after War Factor slipped up her inside to take command through the opening half-mile in :21.87 and :47.17. American Cleopatra latched on to that runner’s outside down the backstretch and never let up the pressure.

Nearing the turn, American Cleopatra drew even with War Factor and took over rounding the bend. She began to draw off upon hitting the lane and was never really challenged from that point forward, earning an 86 BRIS Speed rating for the score.

With her initial start and win now behind her, American Cleopatra will face her next big test – stakes company. The Kentucky-bred miss is on course to make her stakes debut in the $300,000 Del Mar Debutante (G1) on September 3, which mirrors American Pharoah heading into the Del Mar Futurity (G1) off his debut, which he actually lost. The champ went on to break his maiden in the Futurity by 4 3/4 lengths, so here’s hoping American Cleopatra can continue on in the Debutante.

A couple other fillies who stood out the past couple of weeks are MISS FREEZE and SWEET LORETTA.

Miss Freeze made her debut on July 17 in the Lynbrook Stakes and romped by 6 1/4 lengths under jockey Jose Ortiz. It was the closing day feature at Belmont Park, and the David Cannizzo-trained miss sent off Big Sandy with a bang.

Miss Freeze tracked between rivals early and even fell back to last entering the final turn. Ortiz stayed calm and merely gave a shake of the reins. That was all it took for the Frost Giant filly to respond, and respond she did by taking full advantage of the wide open rail and sliding on through to draw off for a sharp debut effort.

Miss Freeze earned a nice 88 BRIS Speed rating in the Lynbrook and impressed both her trainer and jockey.

"First time out, it's tough to win a stakes race, but she was ready. I like her a lot," Ortiz remarked. "She's a very straightforward filly, she did everything right. She broke well. She took dirt like a professional. When it was clear by the quarter-pole, I angled in as the rail was open for me and she really gave me a nice run."

For now Miss Freeze looks to stay among New York-bred rivals – "We're looking at a stakes (in Saratoga) in the middle of the meet for New York-bred fillies," Cannizzo said – but that could all change if she continues as she began.

Sweet Loretta found herself all the way back in sixth after breaking in last in the Schuylerville Stakes (G3) at Saratoga on July 22. The Tapit filly was in the second batch of runners as Inspired Flight led the way up front through fractions of :21.68 and :44.79.

Jockey John Velazquez angled Sweet Loretta widest of all rounding the turn and the filly rallied down the center of the track to overtake the front runners and score a 4 1/4-length win. The St. Elias Stable colorbearer earned a stellar 94 BRIS Speed rating for the victory, which made her perfect in two starts.

Sweet Loretta captured her June 18 debut at Monmouth Park by seven lengths, and the Todd Pletcher trainee is now targeting the $350,000 Spinaway Stakes (G1) on September 3.

"She's doing well," Pletcher said Saturday. "She's on schedule for the Spinaway and has one more work to go."