Not only is she from the first crop of a Triple Crown winner, but Harvey’s Lil Goil is out of a half-sister to champion I’ll Have Another, who might have been unlucky not to sweep the crown himself. I’ll Have Another landed the 2012 Kentucky Derby (G1) and Preakness (G1), only to be ruled out on the eve of the Belmont (G1) with a career-ending injury. His younger half-sister by Tapit, Gloria S, is the dam of Harvey’s Lil Goil.

A homebred racing for the Estate of Harvey A. Clarke, Harvey’s Lil Goil has made both of her starts so far at Aqueduct. The Bill Mott trainee was a rallying fourth in her Nov. 9 career debut on turf, then improved markedly to break her maiden by six lengths going a one-turn mile on dirt. With her pedigree, the stretch-out to 1 1/8 miles on Sunday should suit her well.

The filly who was second to Harvey’s Lil Goil in that Dec. 12 maiden, Persisto, herself moved forward to win next time out at the same track and trip. Trainer Kelly Breen told NYRA publicity that she’ll appreciate the added distance in the Busanda.

"I've been waiting for it," Breen said. "It's a much easier pace going two turns, but she should be up and on the pace. I've really been relishing the opportunity to bring her back around two turns. She has a tendency to look around, but I thought she ran a very professional race last time."

Persisto has classic connections in her pedigree too. By 2013 Kentucky Derby winner Orb, she descends from the same female line as 1993 Derby victor Sea Hero.

Breen’s comment about returning to two turns alludes to Persisto’s Oct. 13 premiere at Monmouth, where she finished second to Fiftyshays Ofgreen in a mile and 70-yard maiden. Fiftyshays Ofgreen had the benefit of three races under her belt already, but the daughter of champion Bernardini is eligible to progress further for trainer John Servis.

Aside from her rematches with Fiftyshays Ofgreen and Harvey’s Lil Goil, Persisto also gets a chance to turn the tables on Water White who edged her in another Aqueduct maiden. Water White has since come back to finish fifth in the Dec. 7 Demoiselle (G2).

The lone unbeaten in the field, Truth Hurts, hails from the first crop of 2014 Belmont star Tonalist. The Chad Summers pupil is 2-for-2 on this track, graduating from a sprint maiden to a mile allowance. Quality Heat comes off a third to Truth Hurts after a trio of stakes placings, including the off-the-turf Tepin S. here. She now adds blinkers for trainer Mark Casse (who also trained Tepin). Ankle Monitor, a four-time winner at her Laurel base, was promoted to third in the Nov. 1 Tempted in her only prior visit to Aqueduct. 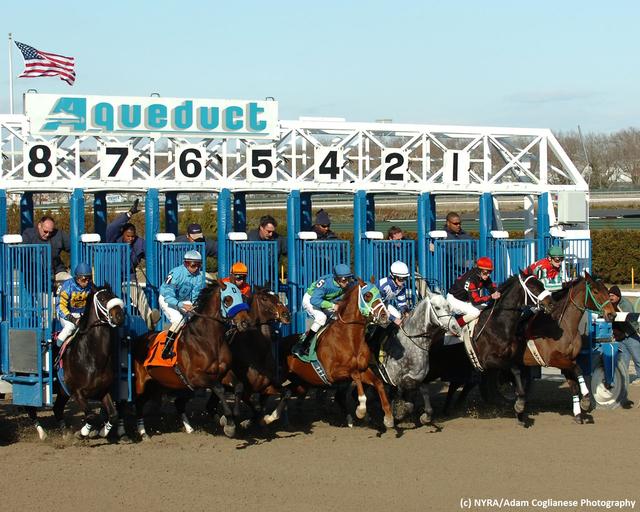