Mine That Bird used a fourth-place finish in the 2009 Sunland Derby as a springboard to a 50-1 Kentucky Derby upset.

Baffert, a four-time Kentucky Derby scorer who is tied with Lukas for the second-most wins all-time, has shipped in Bronze Age for the Sunland Derby. A $600,000 son of Mineshaft, the chestnut colt exits a 1 ½-length maiden win at Santa Anita on February 18. Martin Garcia rides the top contender.

The Lukas-trained Dilettante picks up Hall of Fame jockey Gary Stevens but the gray Unbridled’s Song colt rates as a probable longshot following a non-threatening fifth in the Southwest (G3) at Oaklawn Park.

O’Neill is responsible for Irap, who adds blinkers after a second in the February 26 Mine That Bird Derby at Sunland. The son of Tiznow is still winless from six starts, including runner-up finishes in the Los Alamitos Futurity (G1) and Robert B. Lewis (G3), and he’ll keep the services of Mario Gutierrez.

Pletcher will send out Hedge Fund, who exits a front-running maiden victory at Gulfstream Park. By Super Saver, the chestnut colt will receive a rider switch to Jose Ortiz.

Only two entrants are locally based including Conquest Mo Money, the lone stakes winner in the field. A convincing winner of the Riley Allison and Mine That Bird Derby in the last two outings, the New York-bred Uncle Mo colt was purchased for only $8,500 as an unraced 2-year-old at the Keeneland November sale. He’s won three straight for trainer Miguel Hernandez since making his career bow in early January, but Conquest Mo Money isn’t nominated to the 2017 Triple Crown. And he must overcome the far outside post with regular rider Jorge Carreno.

Other runners of interest include Hence and Total Tap from the Steve Asmussen barn; Shareholder Value, who invades for Tom Amoss after recording unplaced outings in the Lecomte (G3) and Risen Star (G2) at Fair Grounds; last-out Santa Anita maiden winner Kimbear; and multiple stakes-placed Balandeen, who invades from Oaklawn for Chris Hartman. 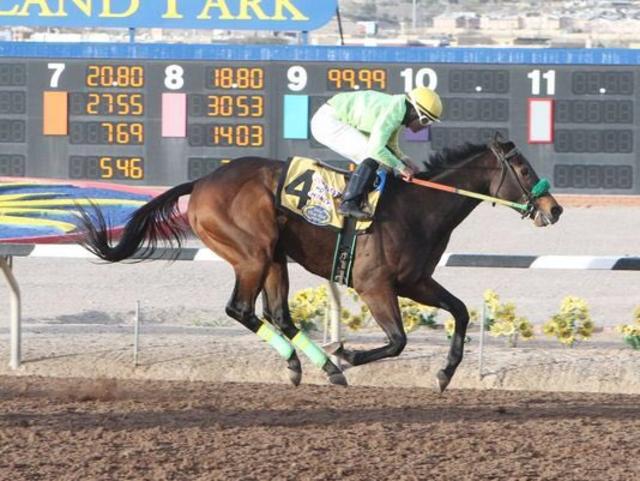