Classic Empire Favored Individual, But "All Others" is Derby Futures Pool 1 Choice 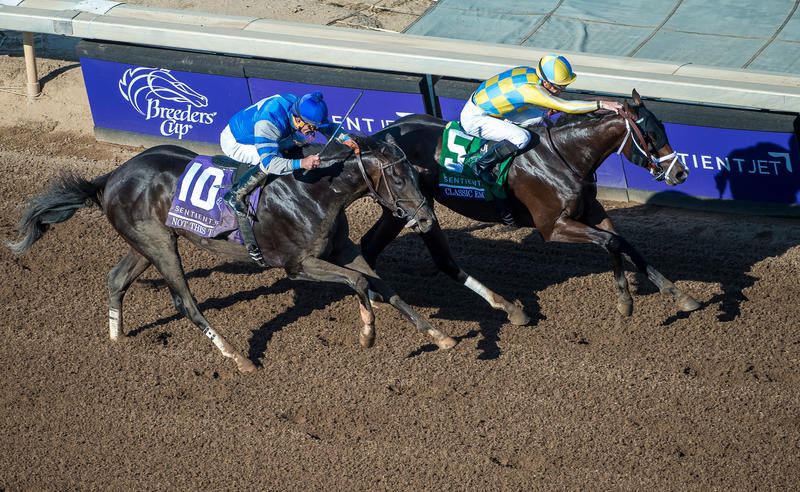 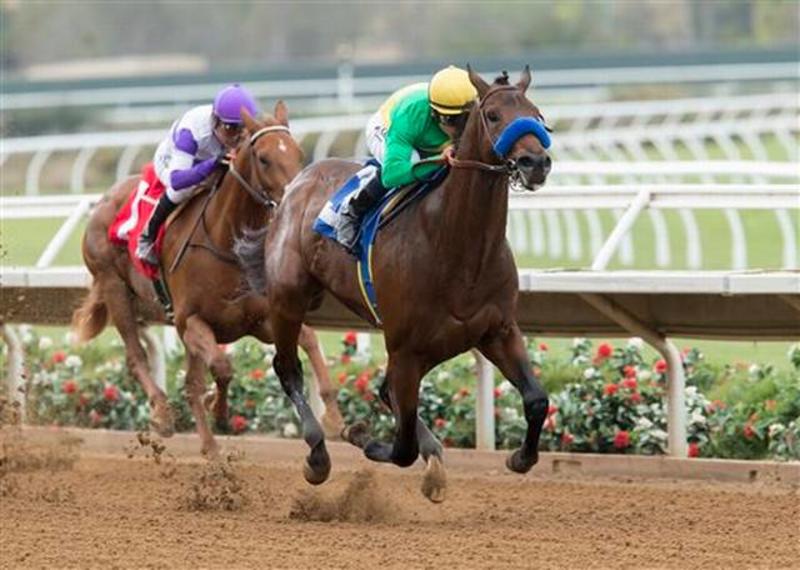 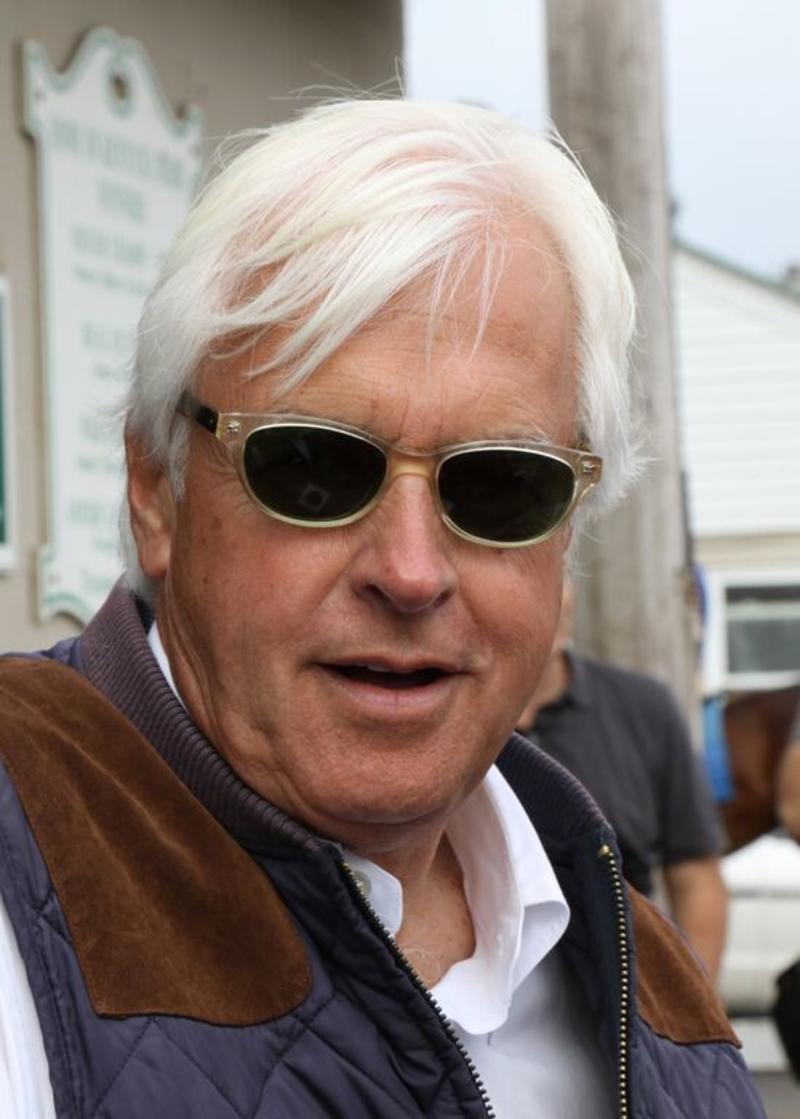 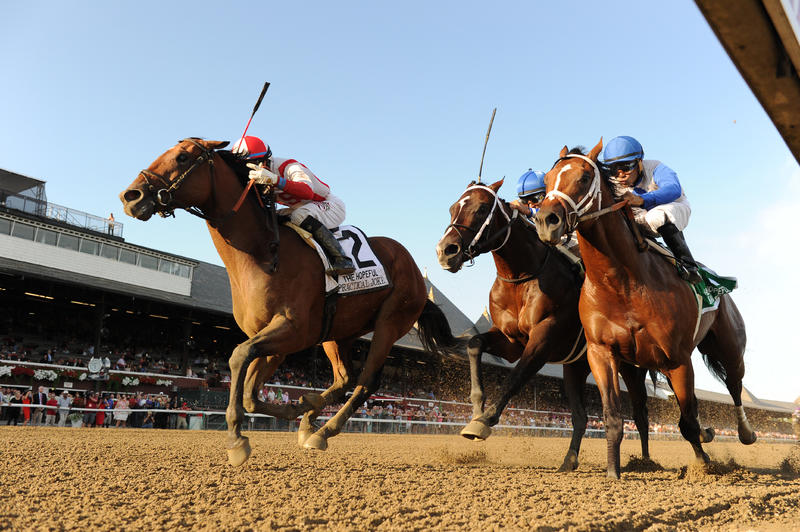 Two-time Grade I winner Practical Joke (left), shown in a victory in Saratoga's Hopeful (GI), is a wagering interest in the first of four pools in the 2017 Kentucky Derby Future Wagerl (Coglianese Photo, NYRA) 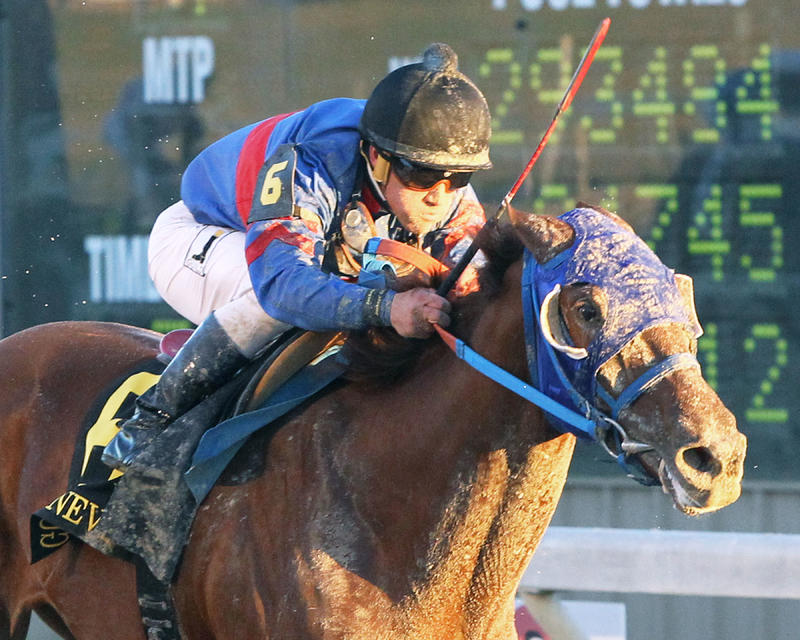 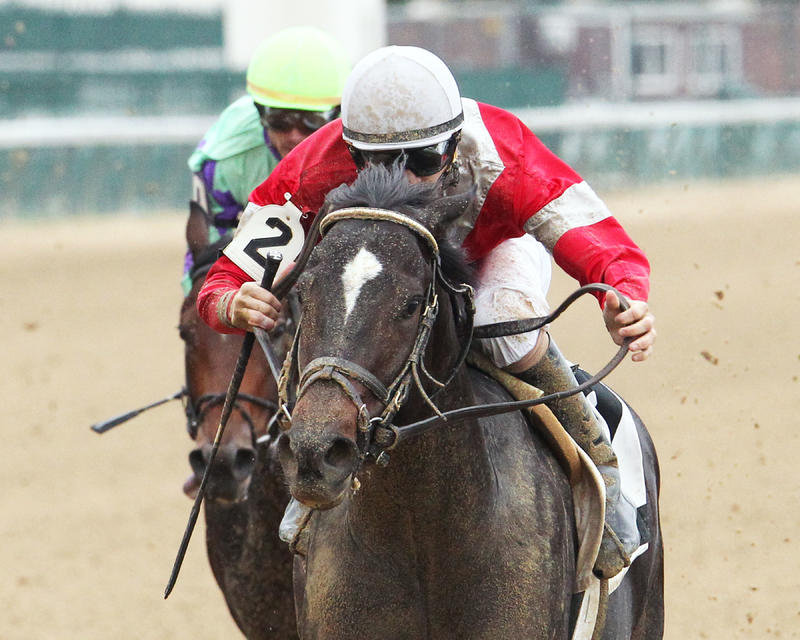 A pair of stars based at Churchill Downs Racetrack – John C. Oxley’s Classic Empire (#2) and Albaugh Family Stables’ Not This Time (#16) – are the individual choices, but the Mutuel Field (#24), or “All Others,”  is the strong morning line favorite for the first of four pools of the 2017 Kentucky Derby Future Wager (“KDFW”), which opens its four-day run on Thanksgiving Day.

Churchill Downs odds maker Mike Battaglia installed the “All Others” wager as the 5-2 morning line favorite for the opening KDFW pool. He listed the Mark Casse-trained Classic Empire and trainer Dale Romans’ Not This Time – the 1-2 finishers who were separated by a neck in the Sentient Jet Breeders’ Cup Juvenile (Grade I) at Santa Anita on Nov. 5 – as 8-1 co-second choices in the opening Derby Futures pool.

Fans will have the opportunity to wager on contenders for next spring’s 143rd running of the Kentucky Derby Presented by Yum! Brands (Grade I) at odds that could be far more attractive than those available on the day of America’s greatest race starting at noon (all time EST) on Thursday, Nov. 24, through the close of the four-day pool on at 6 p.m. on Sunday, Nov. 27.  Betting will be available at Churchill Downs, racetracks and satellite wagering facilities throughout North America, and via TwinSpires.com and other online wagering platforms.

The Kentucky Derby Future Wager, which was created in 1999, offers $2 minimum win wagering on 24 betting interests – the 23 individual horses and the Mutuel Field, which includes all 3-year-old Thoroughbreds other than the individual wagering interests in a respective pool. Each pool also offers $2 exacta wagering on the 24 wagering interests, with the latter also available in $1 minimum increments in boxes and other multiple number configurations.

Winning payouts in the win and exacta wagering in Pool 1 will be determined by the odds that are in place at Sunday’s conclusion of wagering. The 2017 Kentucky Derby will be run at Churchill Downs on Saturday, May 6.

The opening pool of the 2017 Derby Future Wager is concurrent with the Kentucky Derby Sire Wager, which is being conducted for the second year by Churchill Downs. The bet which provides bettors with a unique opportunity to wager on select breeding stars and their entire crop of juveniles with the hope of winning next year’s Kentucky Derby.

The official rules of the Kentucky Derby Future Wager do not permit scratches of betting interests or refunds of wagers placed during any of its four pools. Wagering will be suspended on a betting interest in any of the respective pools if Churchill Downs determines that the individual horse will not be able to participate in the Kentucky Derby because of injury, illness or other circumstance.

Pool l 1 favored individuals Classic Empire and Not This Time have concluded their respective 2016 racing campaigns.

The former launched his five-race season with a victory in May in his debut at Churchill Downs and, along with his Breeders’ Cup triumph, won Keeneland’s Claiborne Breeders’ Futurity (GI) and the Bashford Manor (GIII) over his home track. Classic Empire’s only setback of his 2-year-old season came in the Hopeful (GI) at Saratoga, a race in which Classic Empire wheeled as he departed the starting gate and unseated his jockey. The son of Pioneerof the Nile, the 2009 Kentucky Derby runner-up who was also the sire of 2015 Derby and Triple Crown winner American Pharoah, completed his 2-year-old season with total earnings of $1,485.920.

Not This Time, a son of the Giant’s Causeway, won two of his four races as a juvenile. After a fifth-place run in his debut at Churchill Downs, he scored a 10-length victory in a July maiden race at Kentucky’s Ellis Park prior to a dominant 8 ¾-length victory in the Iroquois (GIII) in September at Churchill Downs. The colt earned $454,183 in his first season of racing.

Another young star likely to elicit strong wagering support in the opening pool of the new Kentucky Derby Future Wager is Cheyenne Stables LLC’s unbeaten Mastery (#12, 12-1 in the morning line odds), a son of Candy Ride (ARG) who score an easy victory in last weekend’s Bob Hope (GIII) at Del Mar and is currently the top hope to provide Hall of Fame trainer Bob Baffert with a fifth Kentucky Derby victory.

Mastery is one a trio of Baffert trainees on the Pool 1 betting roster. The others are Kaleem Shah Inc.’s Klimt (#10, 15-1), whose three wins from six races include the Del Mar Futurity (GI), and Gary and Mary West’s Beach Bum (#1, 15-1), a son of Arch who rolled to an easy win in his lone start at Santa Anita

Other Kentucky Derby-winning trainers represented by horses in the pool’s 23 individual betting interests are John Shirreffs, who saddled Giacomo to win the “Run for the Roses” in 2005, and Graham Motion, whose conditioned 2011 winner Animal Kingdom. Shirreffs trains Jerry and Ann Moss’ Gormley, whose two victories from three races include the FrontRunner (GI) at Santa Anita. Motion conditions Isabella de Tomaso’s Irish War Cry, a son of two-time Horse of the Year Curlin and an easy winner in his career debut at Maryland’s Laurel Race Course.

For a roster of the individual wagering interests and morning line odds for the opening pool of the Kentucky Derby Future Wager, 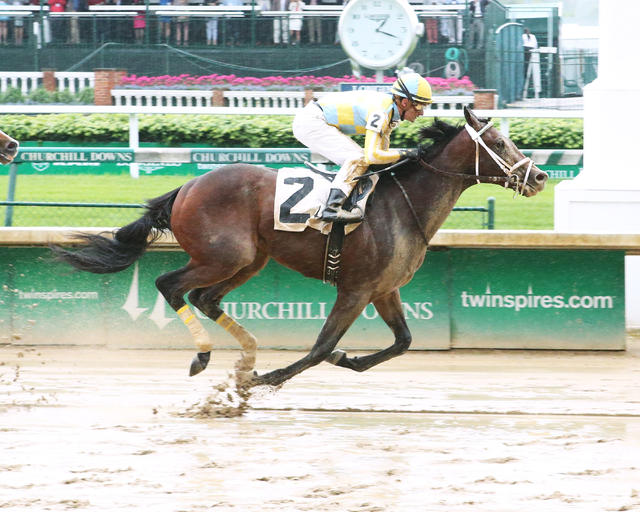