Fresh off Japanese-based Lani’s run in this year’s Triple Crown that culminated with a third-place finish in the Belmont Stakes, Churchill Downs Incorporated (“CDI”) has partnered with the Japan Racing Association (“JRA”) to create a series of races in Japan that could annually produce a starter in the Kentucky Derby.

A position in the starting gate for the 143rd running of the $2 million guaranteed Kentucky Derby Presented by Yum! Brands (Grade I) on Saturday, May 6, 2017 will be awarded to the horse that accrues the most points in the “Japan Road to the Kentucky Derby” and accepts an invitation to compete.

Points awarded to the Top 4 finishing positions in the Cattleya Sho will be 40-16-8-4, respectively, while the Hyacinth will carry a point value of 50-20-10-5. The points were structured to avoid an automatic qualifier for the winner of one particular race over the other.

“All of us at Churchill Downs are thrilled to partner with the Japan Racing Association to create this exciting new series to provide an entry in the Kentucky Derby for a horse from Japan,” CDI’s President and Chief Operating Officer Bill Mudd said. “Horse racing in Japan is a tremendously popular sport. The competition is world-class and features some of the most accomplished runners in the world. This series provides a path for the top 3-year-old in the country to participate in the ‘greatest two minutes in sports.’ We saw sizeable international interest through Lani’s participation in this year’s Triple Crown and we’re thrilled that, through this partnership, we can add to the worldwide popularity of the Kentucky Derby.”

“I am very pleased to be able to launch the ‘Japan Road to the Kentucky Derby’ in partnership with Churchill Downs Incorporated,” said Mr. Masayuki Goto, President and CEO of the Japan Racing Association. “This year, Lani earned a spot to start by winning the UAE Derby in Dubai, but beginning next year, Japanese horses aiming to run in the Kentucky Derby can run in designated races in the series at home in Japan to be awarded points to get this ticket to the starting gate. It is with great pride that ‘My Old Kentucky Home’ will reach Japanese racing fans and it is my earnest wish to sing it with a traditional Mint Julep in my hand, together with Japanese horsemen and all the many fans next year at Churchill Downs Racetrack.”

Lani, a gray Kentucky-bred Tapit colt owned by Koji Maeda, trained by Mikio Matsunaga and ridden by legendary Yutaka Taki, was only the second horse based in Japan to compete in the Kentucky Derby after winning the UAE Derby at Meydan Racecouse in Dubai. The first was Ski Captain, who finished 14th in 1995. Lani also was just the ninth Kentucky Derby starter that raced exclusively outside of North American prior to his “Run for the Roses.”

This is the fifth consecutive year that Churchill Downs Racetrack will use a sliding scale of points awarded to the Top 4 finishers in choice races to determine preference for its 20-horse Kentucky Derby field. At least 20 horses have entered the 1 ¼-mile classic for 3-year-old Thoroughbreds every year since 2004, and 16 of the last 18 years.

As was the case for the past three years, the “Road to the Kentucky Derby” series will commence at the home of the Kentucky Derby on Saturday, Sept. 17 with Churchill Downs’ $150,000 Iroquois (GIII) for 2-year-olds at 1 1/16 miles. 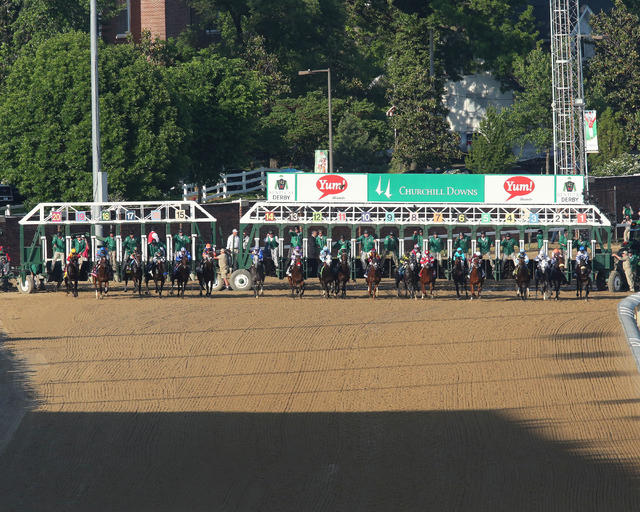