Both menus continue Churchill Downs’ tradition of offering Derby guests exciting dishes full of traditional yet modern Southern and Kentucky flavors that pair perfectly with Woodford Reserve Bourbon. The inaugural at-home Derby party menu reinvents this year’s official menu dishes to offer hosts and hostesses across the country recipes for a spread that brings an authentic taste of Derby to their viewing parties.

The at-home Derby party recipes are specifically designed as fun, crowd-pleasing bite and appetizer versions of the official menu dishes. For example, the Moroccan spiced meatballs that racetrack guests will enjoy on Derby day are transformed into easy-to-make meatball, cucumber and mint skewers with yogurt dipping sauce for at-home parties. The official Derby menu’s beef short ribs with sorghum and soy glaze is simplified for the at-home party cook to slow-cooker short ribs with Henry Baines sauce, a traditional Kentucky sauce for meats. For dessert, the Derby’s warm chocolate cobbler with vanilla ice cream is reimagined as a delicious, festive Mason jar dessert.

“At-home Derby parties are a growing tradition across the country, and we want to help make them as special as the historic race they celebrate,” said Danielson. “With the at-home menu, people across the country can share in the Derby’s culinary traditions while we all celebrate the Kentucky Derby together.”

Chef Danielson has been Churchill Downs' Executive Chef since 2013. Classically trained, Danielson studied at the Dumas Pere school of French cooking and later continued at the renowned hotel school Ecole Hotelier Tain l' Hermitage in France, honing his culinary skills at several Michelin-starred restaurants. Upon returning to the United States, Chef Danielson worked as the executive chef at New York's United Nations Plaza Hotel and at Chicago favorites the Ritz Carlton and Charlie Trotter's. He also served as personal chef to the British Consulate General. Chef Danielson has also lent his culinary expertise to a variety of major events, including the Olympics, PGA Championships, the U.S. Open Tennis Tournament and the GRAMMY Awards. Chef Danielson is also the Owner and Executive Chef of the Old Stone Inn, a beloved horse country eatery in Simpsonville, KY that is listed on the National Register of Historic Places.

The $3 million Kentucky Derby takes place on the first Saturday in May at historic Churchill Downs in Louisville, Kentucky.  Inaugurated in 1875, the legendary 1 1/4-mile race for three-year-olds is the oldest continuously held major sporting event in North America and the first leg of horse racing's Triple Crown series. Also known as, "The Run for the Roses" and "The Most Exciting Two Minutes in Sports," the Kentucky Derby is the most attended horserace in the nation, with approximately 160,000 attendees. www.KetuckDerby.com 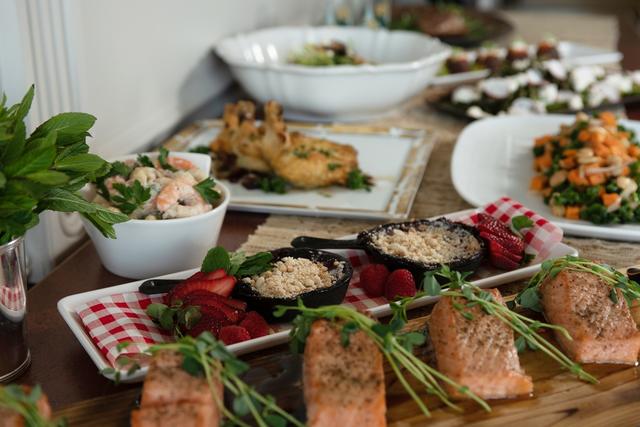