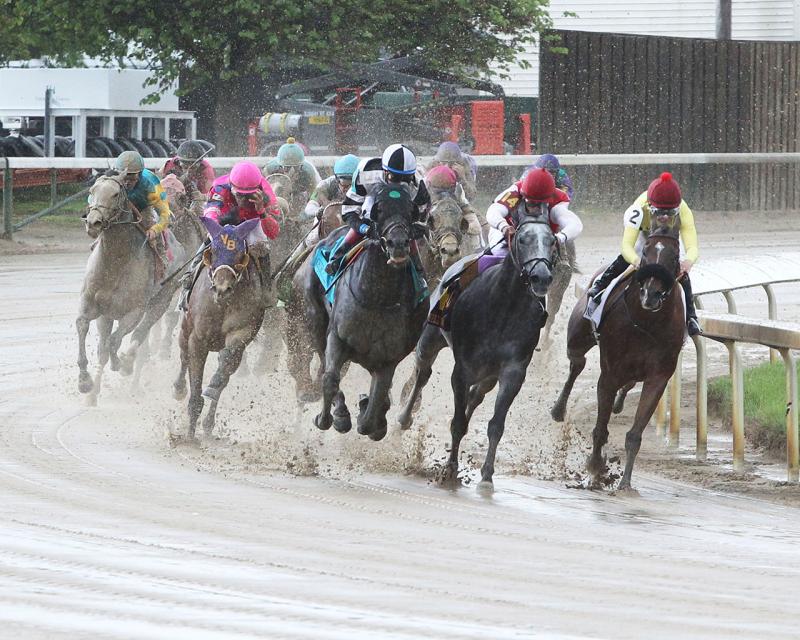 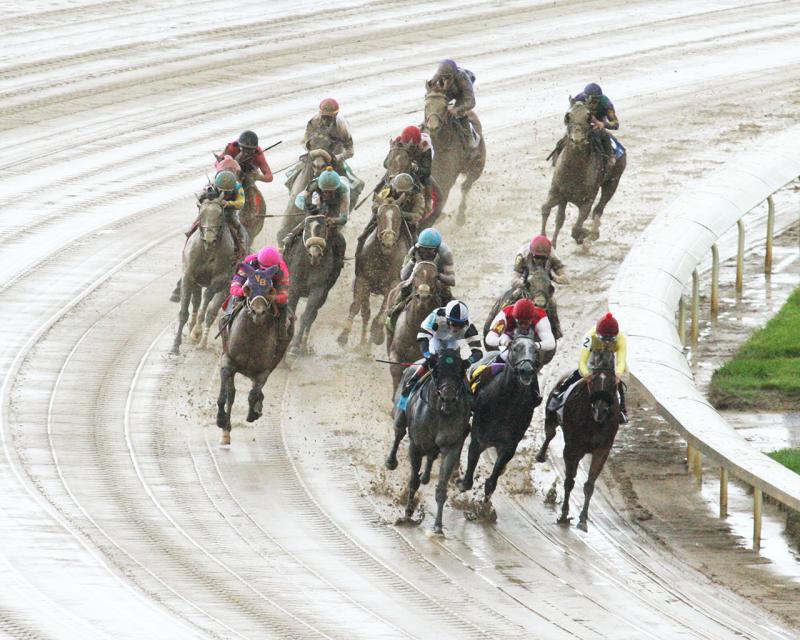 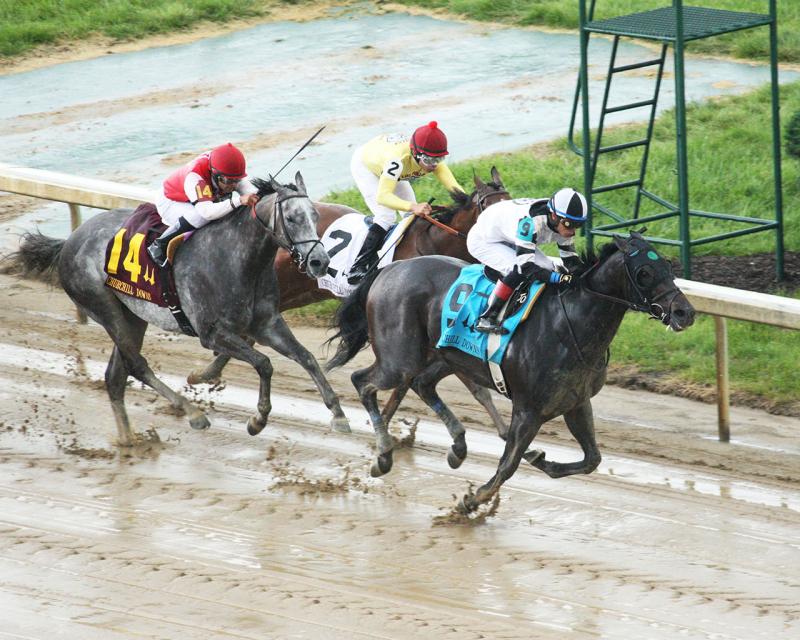 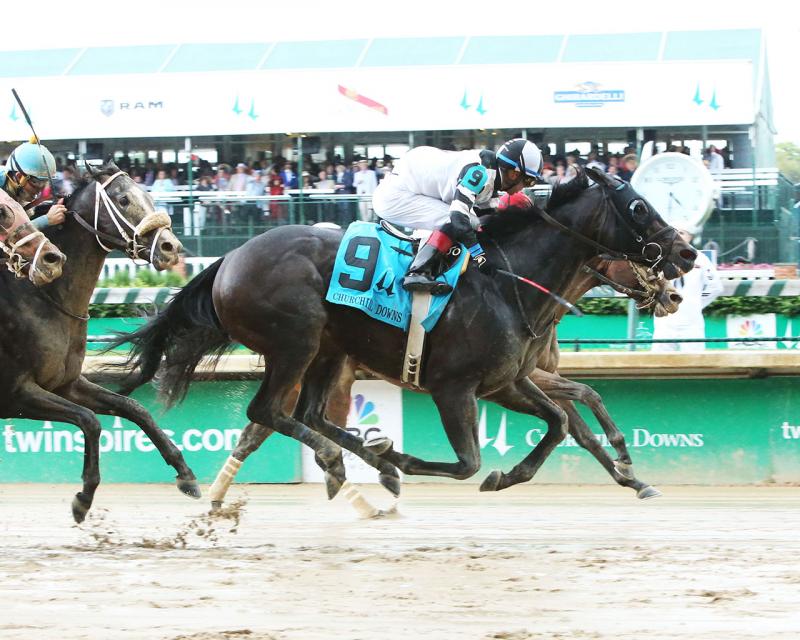 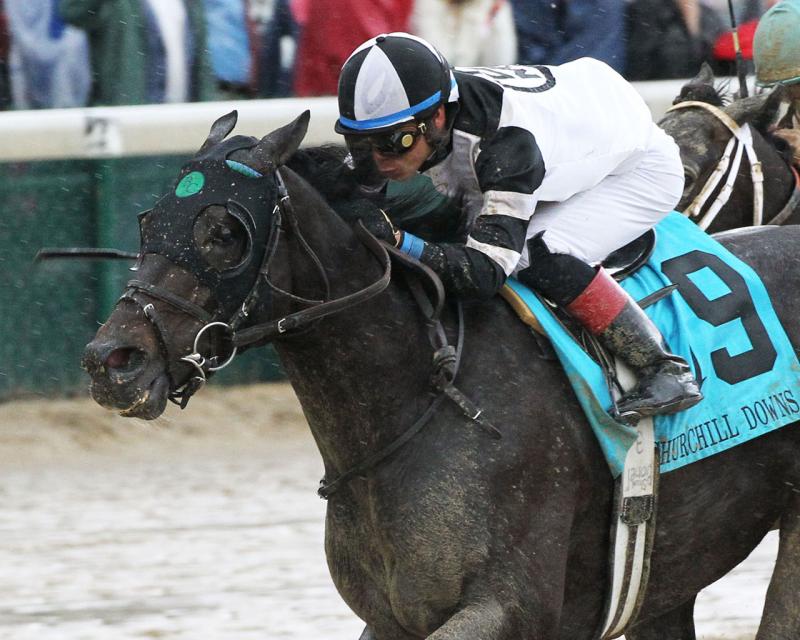 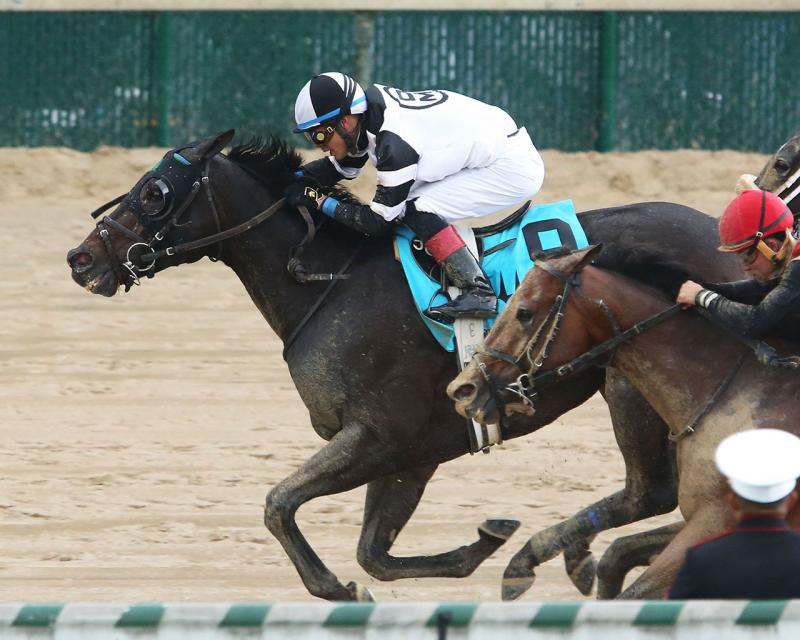 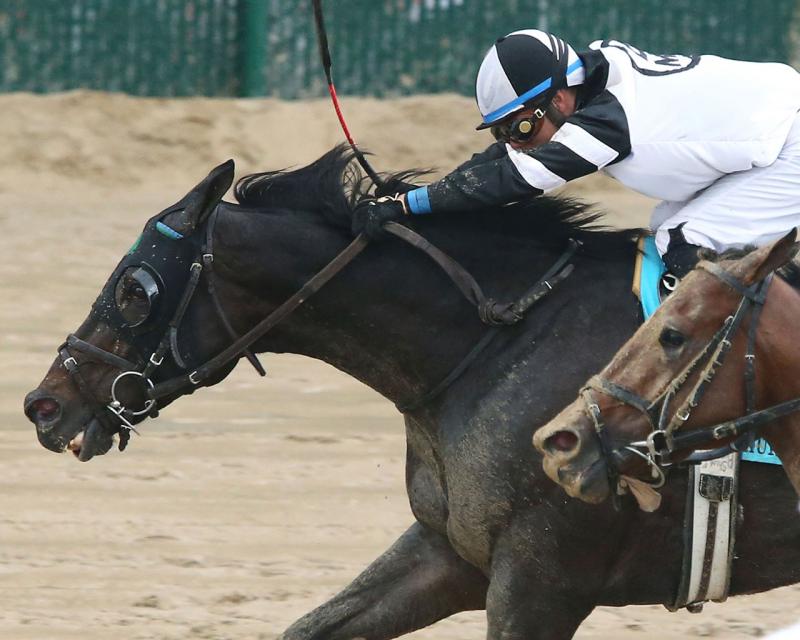 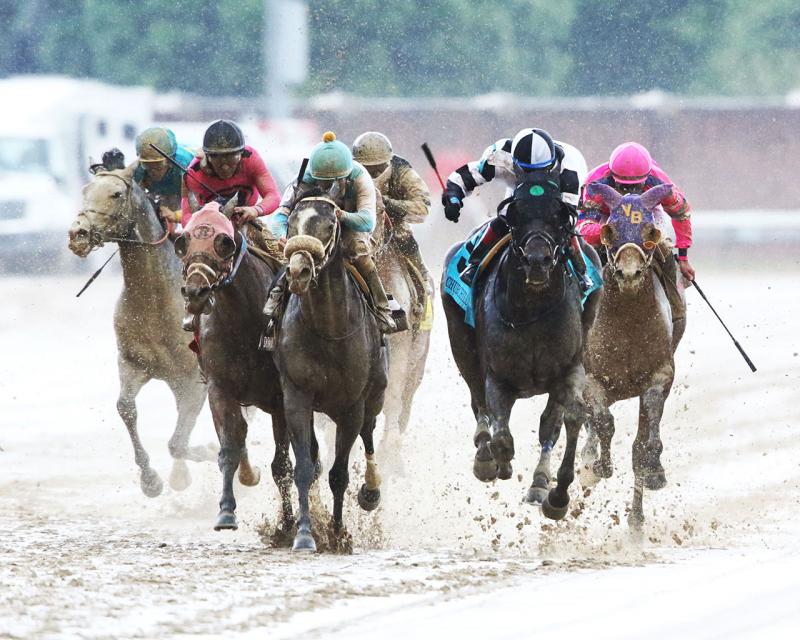 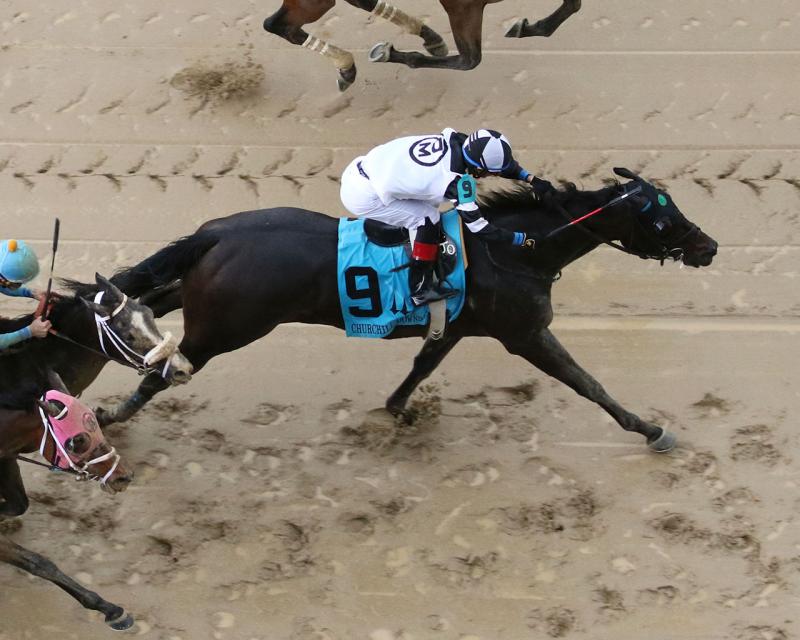 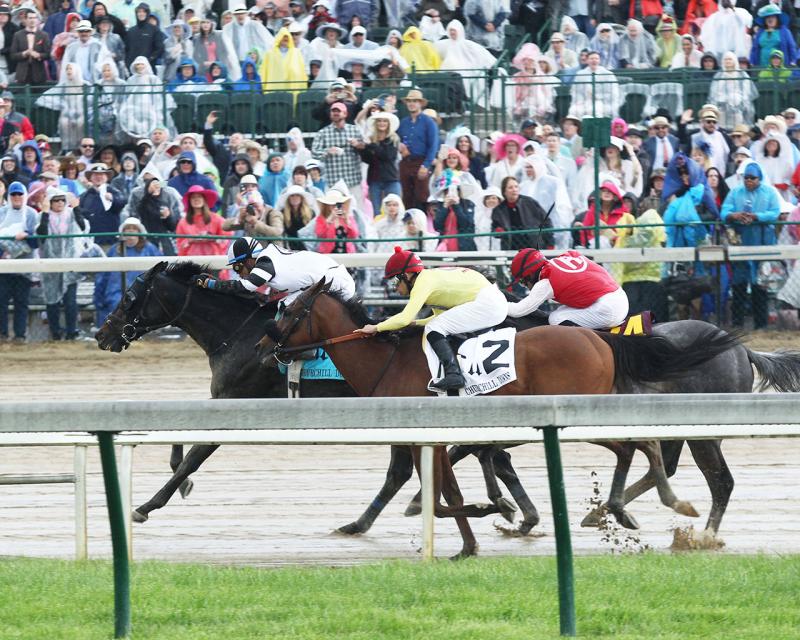 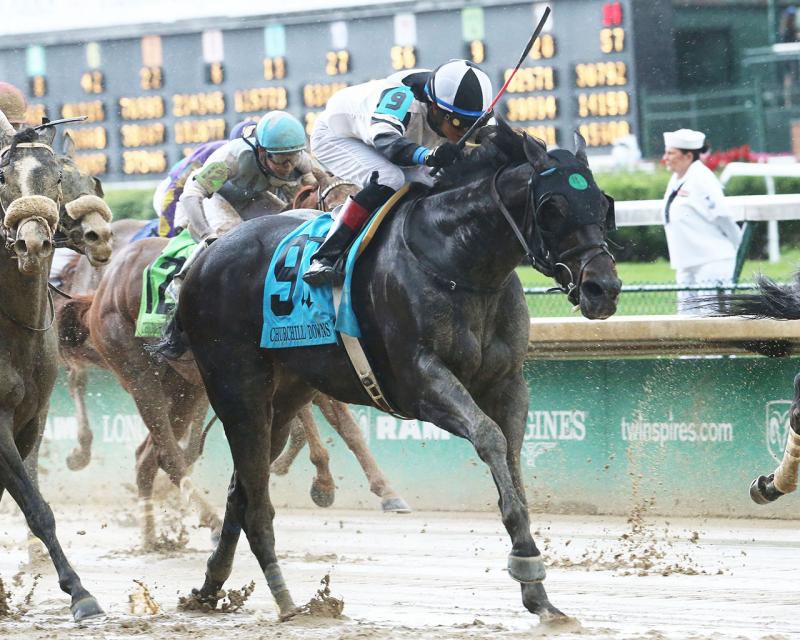 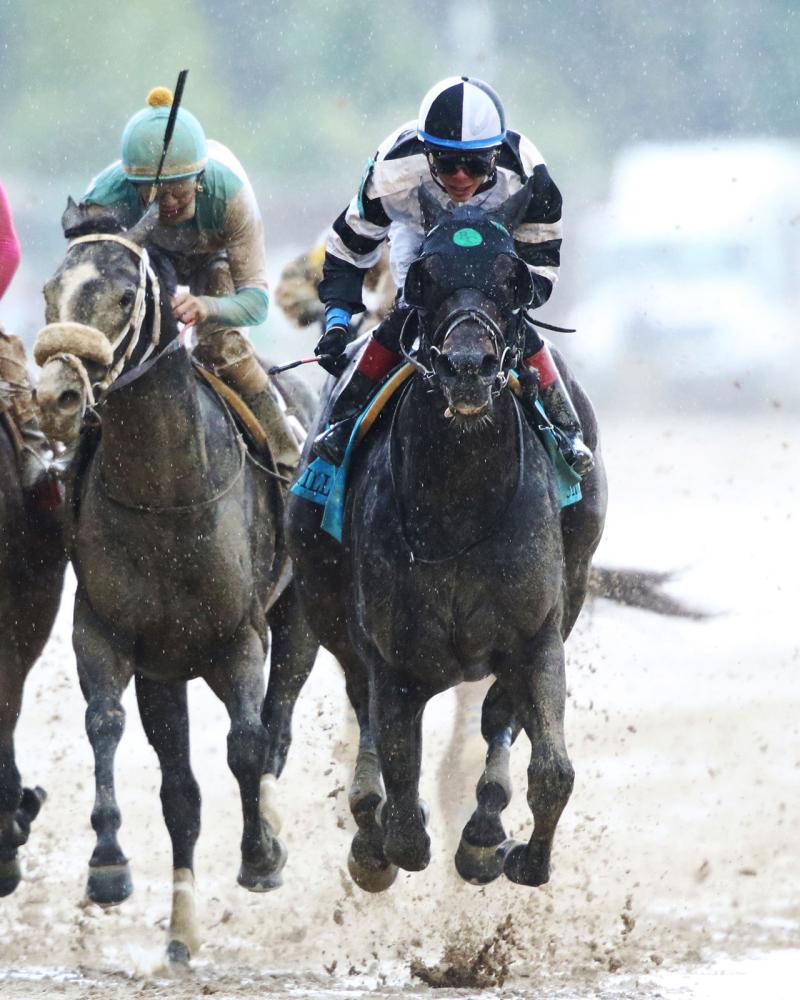 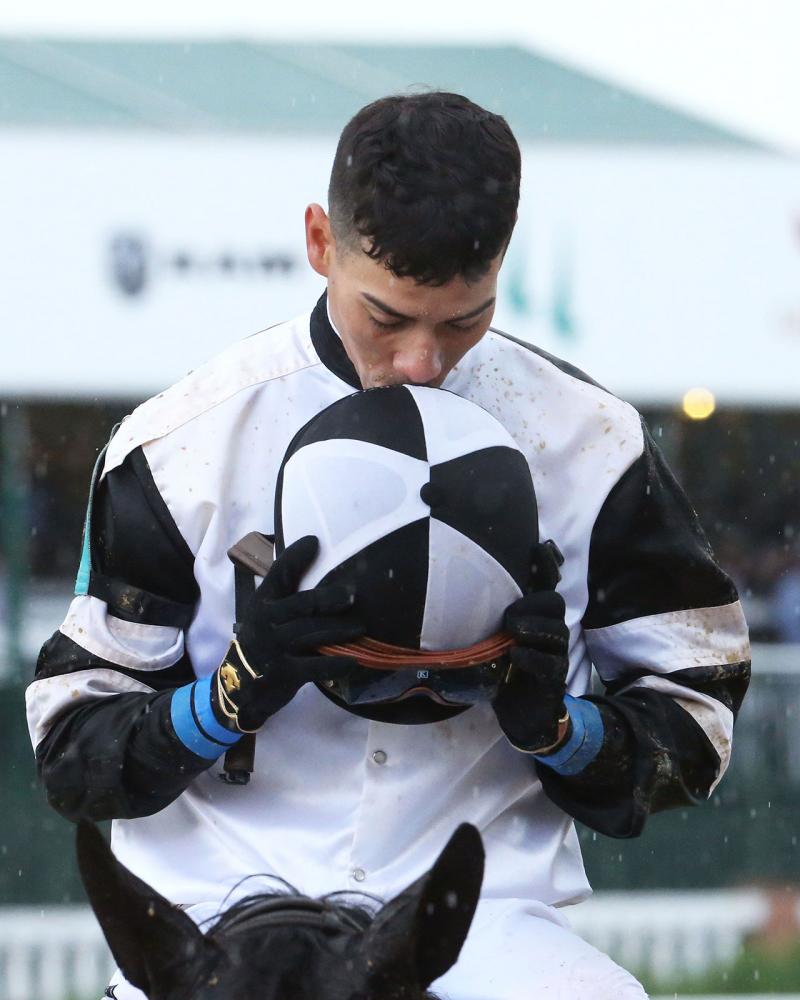 LOUISVILLE, Ky. (Saturday, May 6, 2017) – Katherine Ball’s homebred Limousine Liberal overtook favoredMasochistic at the head of the stretch and then held off a late bid from Awesome Slew by a head to win the 83rd running of the $500,000 Churchill Downs (Grade II) presented by Twinspires.com for 4-year-olds and up.

Trained by Ben Colebrook and ridden by Jose Ortiz, Limousine Liberal covered the seven furlongs on a muddy track in 1:23.22.

Masochistic set the pace with fractions of :22.04 and :44.35 but was under pressure from Bluegrass Singer with Limousine Liberal racing third. Ortiz moved Limousine Liberal three wide leaving the far turn, collared Masochistic and drew clear with enough left to hold off Awesome Slew.

It was another head back to Solid Wager in fourth. He was followed in order by The Truth Or Else, Clearly Now, Denman’s Call, Schivarelli, Chief of Staff, Apprehender, El Kabeir, Bluegrass Singer, Masochistic andForevamo.

Jose Ortiz (rider of Limousine Liberal, winner) – “It was perfect. He broke and I used him a little bit to get my position. When I saw (Bluegrass Singer) go with Masochistic, my chances increased a lot because I was in a good spot. When we entered in the stretch, he responded very well. It was a great training job by Ben (Colebrook). He told me to just try to sit two lengths off Masochistic. That’s what I did and it worked.”

Ben Colebrook (trainer of Limousine Liberal, winner) – “It set up for us. It kind of went according to plan for once. The plan was just to follow the two speed horses and try to pounce. We’ve been waiting to get a wet track and it worked out. This horse has been showing up every time. It’s great that he’s finally a graded-stakes winner.”

Joel Rosario (rider of Awesome Slew, runner-up) – “I got on the inside and thought for a minute I might get there and just missed a little bit. He ran a big race, especially considering he had an inside post position.”

Brian Hernandez Jr. (rider of Tom’s Ready, third-place finisher) – “He ran big for his first race since Breeders’ Cup. To run third like he did that’s saying a whole lot. He did it all the right way and you’ve got to be proud of him. He handled the surface great. We got lucky and he kind of caught a flyer leaving there and left really good. The trick to him is he just needs to settle and make one run. That’s when he’s at his best and that’s what he did today. He’ll be better next time now that’s he’s got a race in him.”

Mike Smith (rider of Masochistic, beaten favorite, 13th) – “He didn’t come away from there. Usually when this horse is going to go, he throws his ears up and goes. Today, he just pinned them (his ears). He hated the track. He couldn’t get a hold of it at all.”

Ron Ellis (trainer of Masochistic, beaten favorite, 13th) – “When I saw he couldn’t make the lead, I knew we were in trouble. Mike (Smith) said he couldn’t get a hold of the track at all.” 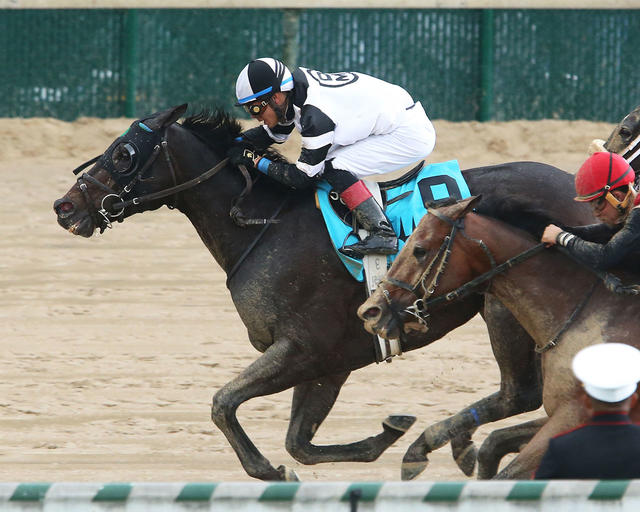