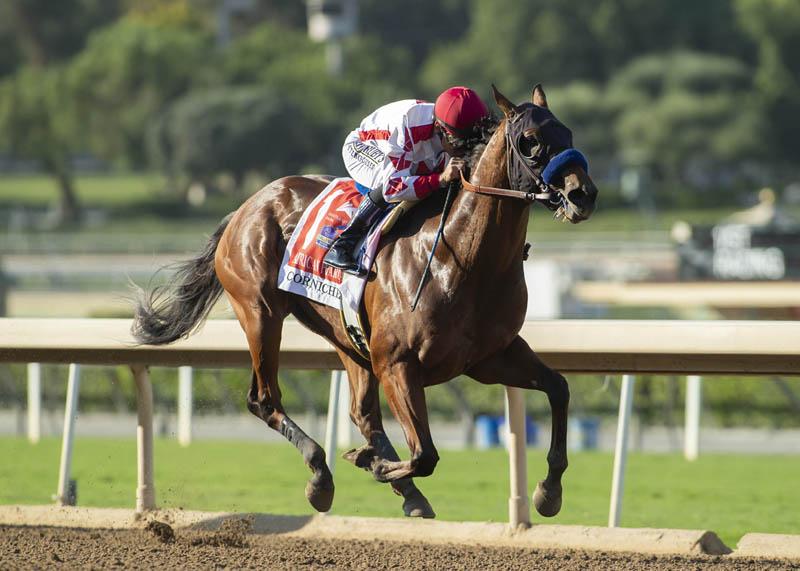 Corniche broke on top and dictated terms throughout in the $300,000 American Pharoah (G1), scoring by an easy 3 1/4-length margin. Speedway Stables owns the Quality Road colt, a $1.5 million purchase at the OBS Spring sale earlier this year, and Mike Smith was up for Bob Baffert.

The two-year-old stamped his ticket to the Nov. 5 Breeders’ Cup Juvenile (G1) at Del Mar taking the “Win & You’re In” race. The 1 1/16-mile American Pharoah also served as a Road to the Kentucky Derby qualifier, offering points on a 10-4-2-1 scale, but Baffert-trained horses aren’t eligible.

Bred in Kentucky by Bart Evans and Stonehaven Steadings, Corniche is out of the multiple Grade 2-winning turf mare Wasted Tears, a daughter of Najran.

In the $200,000 Chandelier (G2) for two-year-old fillies, Ain’t Easy took over on the far turn and drew away to a 4 3/4-length victory. Philip D’Amato trains the Into Mischief filly, a convincing debut winner at Del Mar on Aug. 21, and Joel Rosario was up.

Along with earning a free berth to the Breeders’ Cup Juvenile Fillies (G1), Ain’t Easy picked up 10 points toward next spring’s Kentucky Oaks (G1) in the qualifier. She completed 1 1/16 miles in 1:45.20, leaving the starting gate as the 7-2 second choice. 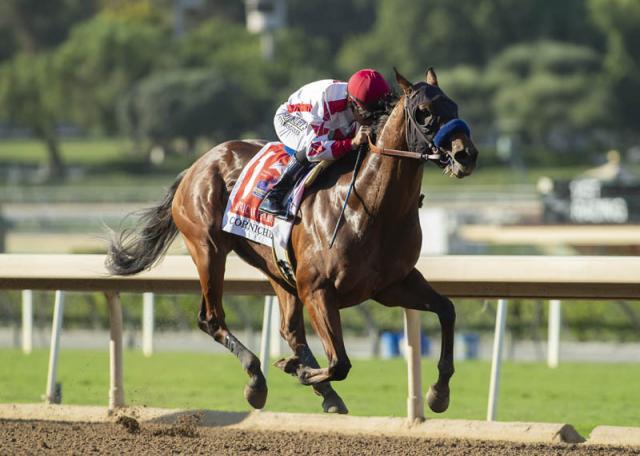