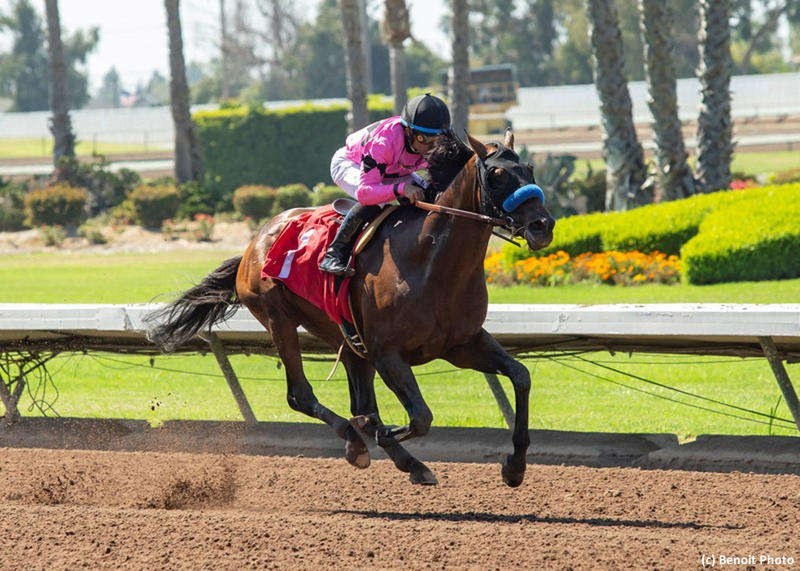 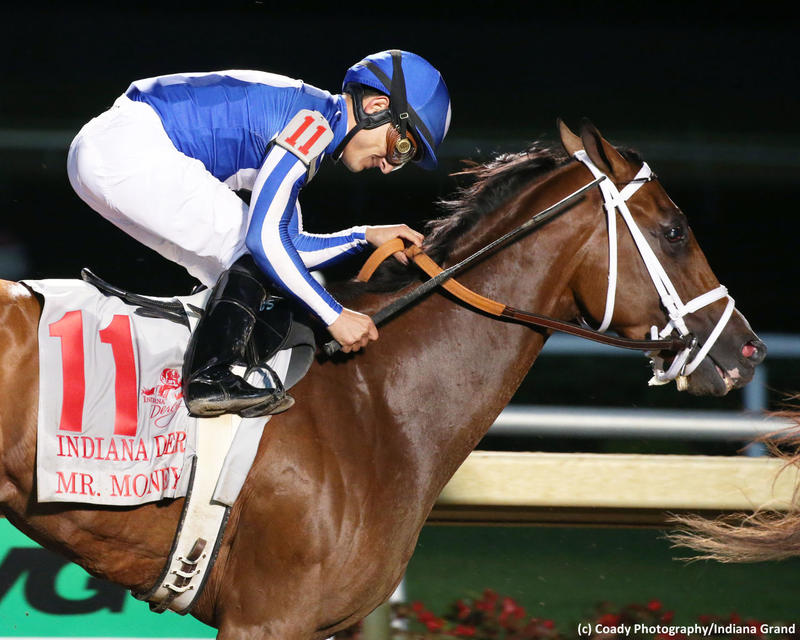 On a busy Saturday of racing across North America, a couple of veterans from the Road to the Kentucky Derby claimed the spotlight in a pair of smaller, but nevertheless lucrative Derbys in California and Indiana.

Game Winner, sixth across the wire in the Kentucky Derby after enduring a poor start and an impossibly wide trip, was the first to strike. The son of Candy Ride made short work of three rivals in the $150,000 Los Alamitos Derby (G3) going 1 1/8 miles at Los Alamitos.

Equipped with blinkers for the first time since his debut win nearly a year ago, the champion two-year-old of 2018 rated in third early on behind slow fractions of :24.88, :49.25 and 1:12.50 set by stablemate Kingly.

Rounding the far turn, Game Winner lengthened his stride and rallied to challenge. At the top of the long homestretch, Parsimony made an effort to engage Game Winner for a battle, but under urging from jockey Joel Rosario, Game Winner gradually asserted his superiority and pulled away through the final furlong to win by five lengths. Rocketing home the final three furlongs in :35.80, Game Winner stopped the timer in 1:48.30.

“He broke perfectly and I just wanted him to settle and be happy,” Rosario said. “We had to move a little early when (Feeling Strong) came up on our outside. He was always there for me and was very strong at the end.”

The victory ended a three-race losing streak for Game Winner, and his Hall of Fame trainer Bob Baffert was pleased to see the champion colt back in the winner’s circle.

“I think this was a perfect race for him. I put the blinkers back on him because I wanted him to get a little bit more focused leaving the gate and into the race a little bit more,” Baffert said. “He was falling back a little too far. He had worked exceptionally well coming into this. I think that break really helped him. I love the way he finished the last eighth of a mile.”

“It’s good to have him back,” owner Gary West agreed. “He got knocked out and lost a little bit of weight after the Kentucky Derby. He had a horrible start and ran really hard that day, so (Baffert) just said he needed to freshen up and he seems to be back to his old self. We’re looking towards the Travers (Stakes [G1] on August 24 at Saratoga) for his next start and I think this was a good prep race for him."

Later in the evening, Mr. Money proved to be a similarly decisive winner of the $500,000 Indiana Derby (G3) at Indiana Grand. Although Mr. Money failed to qualify for the Kentucky Derby, he was an easy winner of the Pay Day Mile (G3) at Churchill Downs on Kentucky Derby Day and followed up with a powerful triumph in the June 15 Matt Winn Stakes (G3) at Churchill Downs.

These sterling performances stamped Mr. Money as the 9-10 favorite for the Indiana Derby, and he rewarded his backers with an easy, though not incident-free victory. Throughout the race, Mr. Money spent an inordinate amount of time avoiding and maneuvering around Eskenforit, who lost his rider at the start but nevertheless raced with the pack.

Fortunately, Mr. Money raced professionally in spite of these challenging circumstances and rallied on cue to take command in the stretch and prevail by 2 1/2 lengths, though he did come out second-best in his informal dual down the homestretch with Eskenforit. The final time was officially recorded as 1:41.80, though since Eskenforit was the one to stop the clock Mr. Money’s personal time was a bit slower.

Behind the clear-cut winner, Gray Magician rallied to finish second, rebounding in a big way from his last-place finish in the Kentucky Derby. Math Wizard, another veteran of the Road to the Kentucky Derby, plugged away to grab third over longshot Chess Chief, while Kentucky Derby starter Long Range Toddy faded to fifth after fending off some minor interference from Eskenforit.

With three straight graded wins under his belt, Mr. Money has emerged as an up-and-coming three-year-old star with the potential to enjoy a strong second half of the season. The Travers – and a showdown with Game Winner – could certainly be on the horizon for this son of Goldencents, who races for Allied Racing Stable LLC. 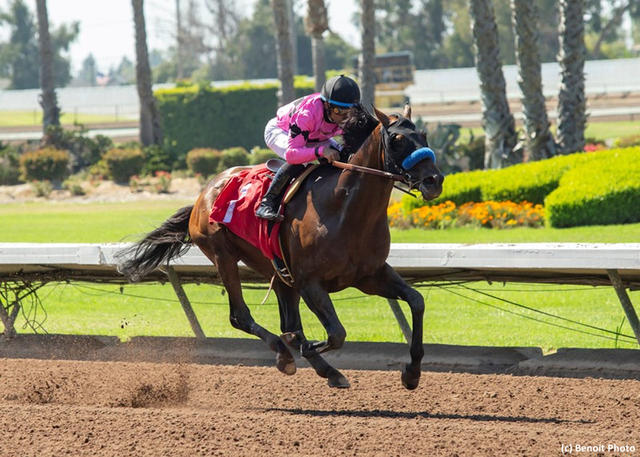