Donna Veloce’s the one to beat in Santa Ysabel

Just denied in last fall’s Breeders’ Cup Juvenile Fillies (G1) and Starlet (G1), Donna Veloce won’t have to deal with either of her victorious rivals as she returns in Sunday’s $100,000 Santa Ysabel (G3). The Santa Anita feature is scheduled to go off at 7 p.m. (ET), shortly after the conclusion of the Kentucky Oaks Future Wager where Donna Veloce is listed at 10-1 on the morning line. She’ll be a heavy favorite in the Santa Ysabel.

Worth Oaks points on a 50-20-10-5 scale, the Santa Ysabel is contested over the same track and 1 1/16-mile trip as the Juvenile Fillies. Donna Veloce ran a mighty race as the 2-1 choice on that “Future Stars Friday.” The Simon Callaghan pupil took a substantial hike in both class and distance from her 6 1/2-furlong maiden romp, stalked an unsustainable pace, and went down by only a neck to the closing British Idiom. Donna Veloce was dispatched as the 3-5 favorite in the Dec. 7 Starlet at Los Alamitos, only to be outdueled by Bast.

With the injury-forced retirement of Bast, British Idiom wintering at Fair Grounds, and budding star Venetian Harbor awaiting a later points race, Donna Veloce appears to have her path cleared for a breakthrough on Sunday. But there is other speed signed on, and the daughter of Uncle Mo has drawn the rail with regular rider Flavien Prat.

Bast’s trainer, Hall of Famer Bob Baffert, has two in the line-up. Gingham, a remote fourth in the Starlet, was no match for Venetian Harbor either when a distant second in the Feb. 8 Las Virgenes (G2). The only other Santa Ysabel entrant in the Kentucky Oaks Future Wager (at 20-1), Gingham is joined by stablemate Storie Blue who just held on to break her maiden here. Drayden Van Dyke sticks with Gingham, so Hall of Famer Mike Smith picks up Storie Blue.

Speech brings collateral form with Bast. After showing high speed in her sprint maiden rout at Los Alamitos, the Michael McCarthy trainee placed second in a Santa Anita allowance to Auberge, who had been runner-up to Bast in the Santa Ynez (G2). Speech stretches out to two turns in this stakes debut.

Unbeaten Tiz Fake News, 2-for-2 on the Golden Gate Fields Tapeta, steps up to stakes company for Jonathon Wong. Paige Anne, who recently wired a Golden Gate allowance, was a narrow maiden winner over Storie Blue two back. A stablemate of Donna Veloce’s from the Callaghan barn, Paige Anne gets an eye-catching rider change to Umberto Rispoli. Venetian Harbor’s trainer, Richard Baltas, sends out Gidgetta off a sprint maiden score. 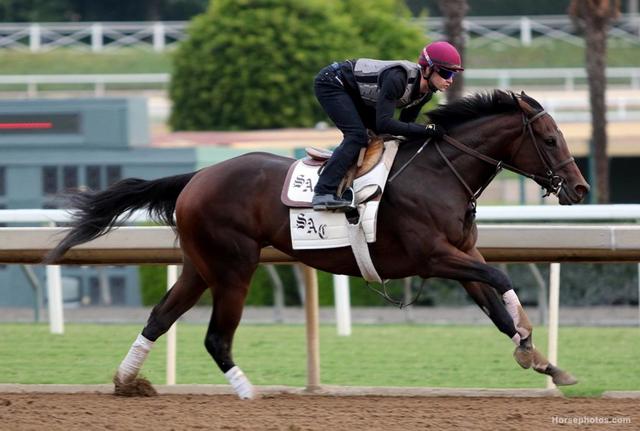