The Beresford Stakes: Play Pythion as a longshot

European Road to the Kentucky Derby

Originally, there were 15 juveniles entered for the Beresford and Aidan O’Brien had a stacked deck on a course where he is 19 for 54 (35%) this year. O’Brien has won the race an incredible 17 times but when you look through past winners, it seems to be a better barometer for future success than juvenile success as its list of winners include Sea the Stars, St. Nicholas Abbey and Capri. But he only entered three after the final stage and the turf is expected to be “Good” to “Firm.”

#4 MOUNT EVEREST is expected to be the strong favorite from O’Brien and will be ridden by Ryan Moore. It took him a while to come to form but in his third start, he broke his maiden by over a length at the Curragh going a mile on similar turf to what he will get today. He showed good speed that day and will break from post six today. His pedigree lives up to his name as it would be hard to get any better than his. Mount Everest’s dam is the great Six Perfections, who beat males in the Breeders’ Cup Mile G1 in 2003, and Six Perfections’ dam is the immortal Miesque, who won the Breeders’ Cup Mile twice and has become a blue hen broodmare. Mount Everest is sired by Galileo and this pedigree cross has already produced two graded stakes winners.

It’s not unusual for O’Brien to sweep group stakes races in Ireland and he sends out #2 JAPAN who was soundly beaten in his career debut but then came back 11 days later and won going seven furlongs over heavy ground. #7 SOVEREIGN has a similar pattern to #4 Mount Everest in that he broke his maiden in his third career start when he romped by 14 lengths as the odds-on favorite going 1 1/16 miles over very heavy going. He was no match for #4 Mount Everest two starts back but put it all together last out and gets Donnacha O’Brien to ride back.

Of the other four, non-O’Brien runners, I give #1 GUARANTEED a puncher’s chance. He broke his maiden second time out for the cagey Jim Bolger then came back in a group two stakes race going seven furlongs over yielding ground at the Curragh and faded after contesting the pace. He is the only maiden-breaker with a subsequent race and Bolger is always dangerous with his Irish runners.

Finally, #6 PYTHION was a dead-heat winner of his career debut at Leopardstown going a mile on “Good” to “Firm” turf back in July. His trainer Ger Lyons has been ice cold the past two weeks (0 for 29) but in the past five years, he has 89 wins from 443 2yo starters for a strike rate of 20%. If he can improve like some of the other runners in the field have, and with a race under his belt, he has a big chance to be in the money at the finishline.

With the short field and the expected money that will come in on the three O’Brien runners, it gives us the opportunity to get creative here with a longshot.

I am going to key #6 Pythion in all three spots of the trifecta while eliminating #3 MACKQUEEZ from all consideration. 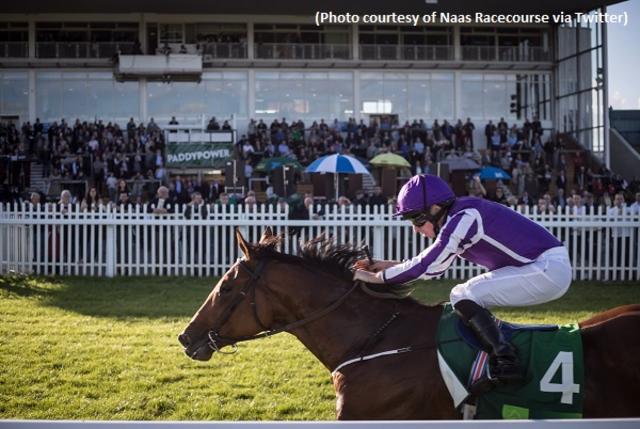