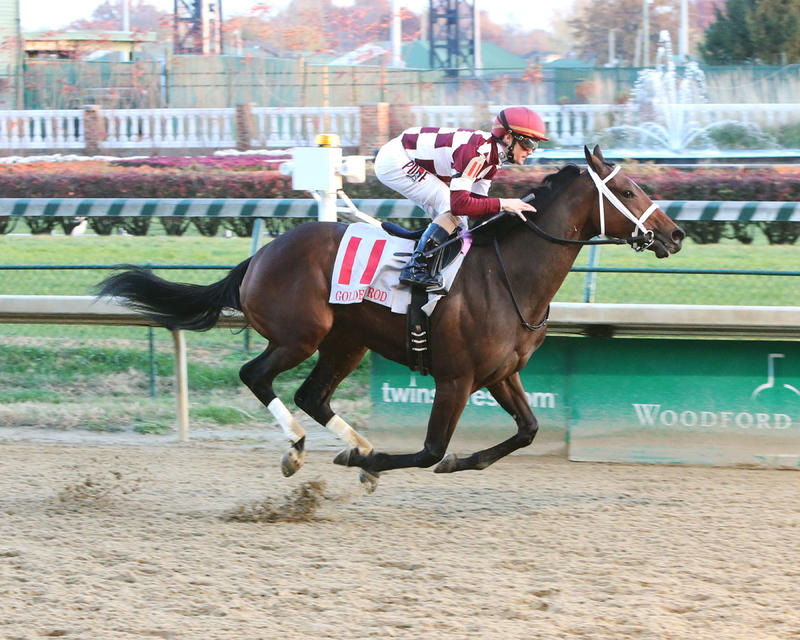 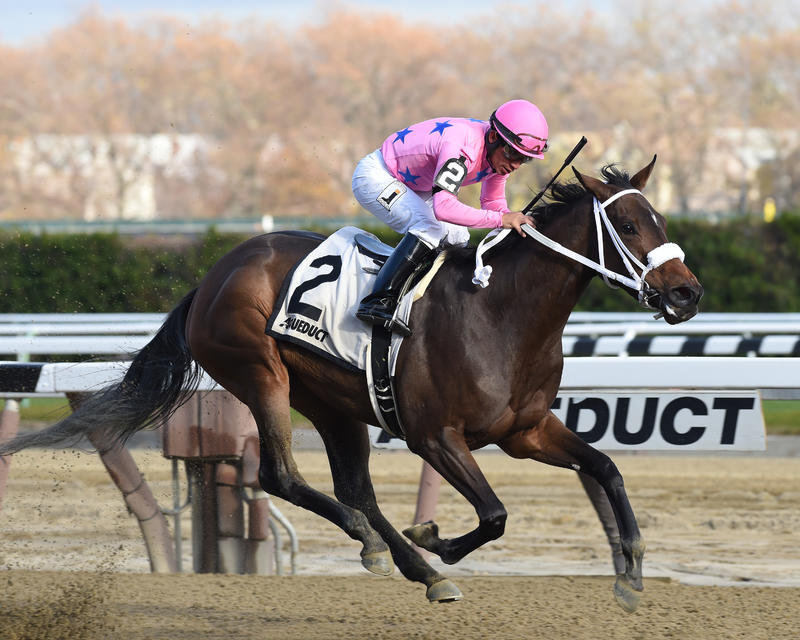 There were a pair of Kentucky Oaks (G1) points races on offer Saturday and both contests saw the favorites run second to a pair of wire-to-wire winners.

At Churchill Downs, Coffeepot Stables’ homebred Farrell provided a 10-1 upset of the Golden Rod Stakes (G2) when romping home an easy six-length winner. The Wayne Catalano pupil took the lead soon after the start and never looked back en route to completing 1 1/16 miles over the fast main track in 1:44.26.

Jockey Channing Hill guided the dark bay daughter of Malibu Moon, as he had done for Farrell’s previous four races. The duo first united to run fourth in a muddy maiden at Churchill on September 17 and returned two weeks later to score by five lengths under the Twin Spires on a wet-fast surface.

Farrell made her stakes debut in the one-mile Rags to Riches Stakes on October 30 and reputed herself well with a third-place finish. She earned a 92 BRIS Speed rating for her Golden Rod win and is officially on the Kentucky Oaks trail with 10 points.

“She’ll probably go to Fair Grounds for the winter,” Catalano said. “I’ll see what the best route to go is (to the Kentucky Oaks). I’ll map it out with owners and talk to those guys. We’ll sit down and make a plan and see what the best way to get to that race is.”

Farrell is out of Grade 2-placed stakes winner Rebridled Dreams, making her a half-sister to Grade 1 winners Carpe Diem and J. B.’s Thunder.

Daddys Lil Darling rallied for second in the Golden Rod as the 5-2 favorite. The Kenny McPeek trainee added four points to her total Kentucky Oaks points, which puts her in second on the leaderboard with 20 total points. The Scat Daddy filly captured the Pocahontas Stakes (G2) prior to running second in the Alcibiades Stakes (G1) and fourth in the Breeders’ Cup Juvenile Fillies (G1).

The First Samurai filly led from start to finish in the nine-furlong affair, stopping the clock in 1:53.34 over the fast main track as the 5-1 third choice.

Trained by Kelly Breen, Miss Sky Warrior earned her third straight win and her second straight graded victory. The dark bay miss ran fourth in her debut at Belmont Park on September 11 under Lopez, and the two reunited to take a maiden special weight at Parx Racing on October 15.

Miss Sky Warrior showed up for her stakes bow, recording a three-quarter length triumph in the Tempted Stakes on November 5, before reappearing in the Demoiselle just three weeks later. She earned a 92 BRIS Speed rating for Saturday’s win and debuted on the Kentucky Oaks leaderboard in third with 10 points.

Miss Sky Warrior is the first registered stakes victress out of the winning Sky Minister. Her female family includes Grade 2-scoring sire Put It Back.

Jamyson ‘n Ginger, fifth while making her stakes bow in the Breeders’ Cup Juvenile Fillies (G1) last out, sits in 14th on the Kentucky Oaks leaderboard thanks to the four points she earned for being 6 3/4 lengths clear of Bonita Bianca in the Demoiselle. Bonita Bianca picked up two points and fourth-placer Libby’s Tail rose to 11th on the leaderboard by adding one point to bring her total to five. 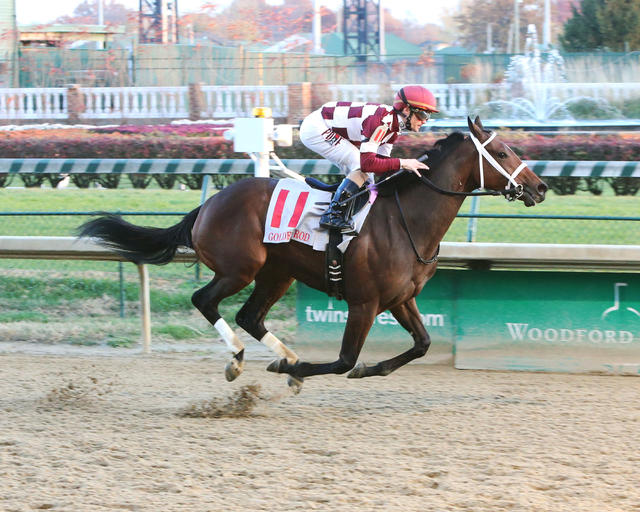