Thanks to the presence of Gormley and American Anthem, the January 7 Sham (G3) at Santa Anita may wind up being a key race. It certainly was a fast race.

Gormley proved best on this occasion, edging American Anthem by a short head on the wire over a sloppy and sealed track, and both 3-year-olds registered an excellent 102 BRIS Speed rating in the one-mile Kentucky Derby qualifier.

American Anthem showed speed from his rail post and led the way into the first turn with Gormley tracking in second. The duo hooked up leaving the backstretch and engaged in a thrilling stretch duel to the wire, with Gormley surging to a short lead in upper stretch before American Anthem gamely battled back to regain the advantage in midstretch.

Gormley wore down his inexperienced rival in the end, stopping the teletimer in 1:35.89, and it was a 13-length gap back to third.

I don’t think the wet track was a significant factor. Santa Anita played fairly to all run styles on the Sham undercard and Gormley and American Anthem appear legit regardless of track condition. Both are trained by Kentucky Derby winners, John Shirreffs (Gormley) and Bob Baffert (American Anthem).

The top two proved they belong among the upper echelon of Southern California-based Kentucky Derby contenders, receiving Speed ratings that stack up favorably against most Kentucky Derby prospects.

Mastery, who was generally regarded as the leading Southern California hopeful entering 2017, earned a career-best 99 BRIS Speed rating while extending his record to 3-for-3 with a 7 ¼-length romp in the Los Alamitos Futurity (G1).

In fact, presumptive juvenile champion Classic Empire is the only horse to overshadow Gormley and American Anthem so far, earning a 108 BRIS Speed rating winning the Breeders’ Cup Juvenile (G1).

Gormley and American Anthem confirmed themselves as serious Kentucky Derby contenders in a fast rendition of the Sham. 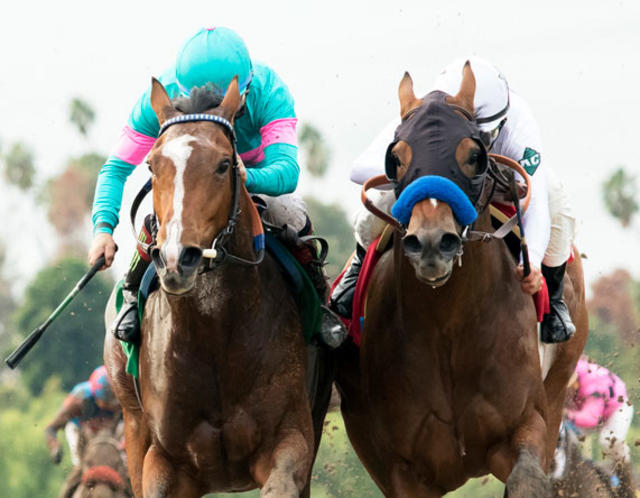