Fulsome is the one to beat in the Indiana Derby following a 3 3/4-length triumph in the May 29 Matt Winn (G3) at Churchill Downs. A winner of three straight since switching to the main track, the Brad Cox-trained Into Mischief colt captured an off-the-turf allowance at Keeneland and the Oaklawn Invitational S. before romping in the Matt Winn. Florent Geroux retains the mount on the up-and-coming Juddmonte Farm homebred.

Third in the Lexington S. (G3) two back, Starrininmydreams was on the Kentucky Derby trail earlier this year for Dallas Stewart. The Super Saver colt has dropped four straight, but he should appreciate the class relief after keeping excellent company. Luis Saez will be in to ride.

A total of seven runners are entered for the 1 1/16-mile event.

Mr. Wireless invades after a runner-up in the May 31 Texas Derby at Lone Star Park, and Sermononthemount exits a third in the June 4 Prairie Mile. Convention will try to break through at the stakes level for Hall of Fame trainer Steve Asmussen, and last-out maiden scorers Full Charge and W W Crazy round out the field.

One race earlier on the program, Kentucky Oaks (G1) third Will’s Secret top a field of 11 three-year-old fillies in the 1 1/16-mile Indiana Oaks.

Trained by Stewart, Will’s Secret reeled off three straight wins over the winter, including Honeybee (G3) and Martha Washington S. at Oaklawn, before recording a third behind Malathaat in the Ashland (G1) at Keeneland. The dark bay daughter of Will Take Charge finished in the same position behind the same rival in the prestigious Kentucky Oaks, and Will’s Secret has been freshened 68 days. Jon Court will be back up on the stalker.

Santa Anita Oaks (G2) winner Soothsay, who sustained her first defeat finishing second to Crazy Beautiful as the odds-on favorite in the May 30 Summertime Oaks (G2) at Santa Anita, will ship from California for Hall of Fame trainer Richard Mandella. Flavien Prat guides the Distorted Humor filly. Summertime Oaks third Lady Aces has also made the journey for Peter Eurton.

Other runners include Forever Boss, Li’l Tootsie, and Moon Swag. 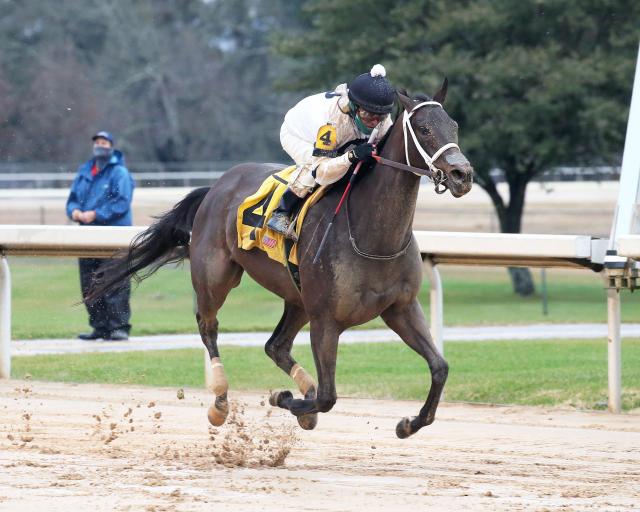