Funny Cide's team back in the spotlight as Tiz the Law, Maxfield shine on Road to the Kentucky Derby 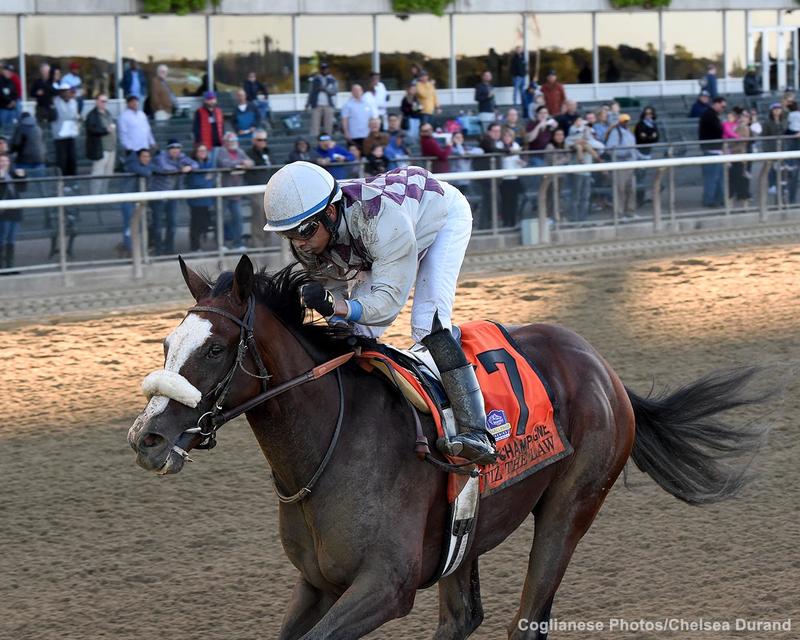 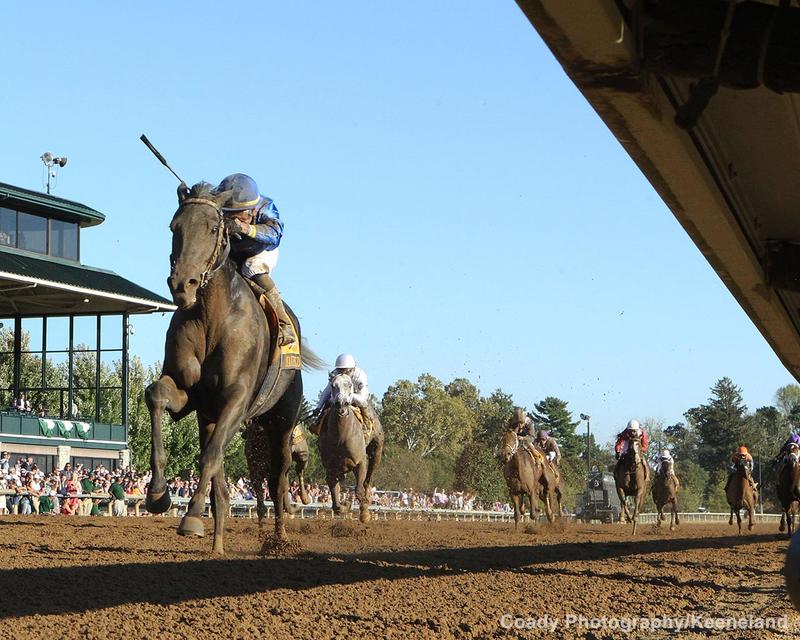 Tiz the Law is the name of their up-and-coming star, and by romping to victory in the October 5 $500,000 Champagne Stakes (G1) at Belmont Park, the two-year-old son of Constitution emerged as an exciting contender for the 2020 Kentucky Derby.

Despite stumbling slightly at the start of the one-mile test, Tiz the Law recovered to track fast fractions of :22.57 and :46.15 set by dueling leaders Green Light Go and Gozilla. Rounding the turn, Tiz the Law advanced to a contending position, and at the top of the stretch he responded to urging from jockey Manny Franco, pulling away convincingly to win by four lengths in 1:35.41.

Green Light Go held on for second by a neck over Big City Bob, while Gozilla faded to fourth.

“It was just what I wanted to see,” Tagg said. “Out of the gate, he bobbled badly. He out broke himself. Manny did a great job with him. He got him all the way back and saved some ground.”

Previously, Tiz the Law had won a maiden race at Saratoga by 4 1/4 lengths, so by claiming victory in the Champagne, he brought his career record to a perfect 2-for-2.

“You're taking a chance to jump into a big race like this in just his second start,” he added. “We didn't do that to Funny Cide. He [Funny Cide] had it a little easier, but we were very pleased with him [Tiz the Law].

Later in the afternoon, Maxfield joined Tiz the Law on the Derby trail with a stunning victory in the $500,000 Breeders’ Futurity (G1) at Keeneland. A son of 2007 Kentucky Derby winner Street Sense, Maxfield entered the Futurity off a late-running maiden win at Churchill Downs and was overshadowed in the wagering by Gouverneur Morris, Tap It to Win, and By Your Side, all winners at Saratoga this summer.

But after breaking slowly under jockey Jose Ortiz and settling nine lengths behind fractions of 24.01 and 47.78, Maxfield unleashed a breathtaking rally on the far turn. Sweeping past horses at an incredible rate of speed, the Godolphin homebred circled the field on the extreme outside and roared past Gouverneur Morris at the top of the stretch. Most horses would be exhausted after making such a bold move, but Maxfield stayed on strongly to the wire, powering clear to win by 5 1/2 lengths in 1:44.21.

“He’s a very special horse. I’ve been around a lot of good horses, and good horses breathe different air. I think this horse is right there,” said winning trainer Brendan Walsh, who was securing his first Grade 1 victory. “I thought he might take a run or two to break his maiden, but we knew he was a super-talented horse. He overcame a lot the first day we ran him [winning a maiden race at Churchill Downs], and he came out of that race doing so good. To come back in three weeks for a horse that’s only run once is a big ask, but he answers every question.”

Gouverneur Morris ran a strong race in his own right, but was no match for Maxfield while holding on for second place by a half-length over Enforceable. Ajaaweed rounded out the top four.

Both the Champagne and the Breeders’ Futurity are official qualifying races on the 2019-20 Road to the Kentucky Derby. The top four finishers in each race earned Kentucky Derby qualification points on a 10-4-2-1 basis.

In addition, the Champagne and the Breeders’ Futurity offer “Win and You’re In” berths to the November 2 Breeders’ Cup Juvenile (G1) at Santa Anita, where an additional 20 points will be awarded to the first horse across the finish line. Walsh indicated the Breeders’ Cup would almost certainly be next on the agenda for Maxfield, but Tagg dismissed the notion of continuing to the Breeders’ Cup with Tiz the Law.

"I don't think so. It's a little bit close and it's a long way away,” Tagg said. “We can always go to California another year, but we can only go to the Kentucky Derby one year." 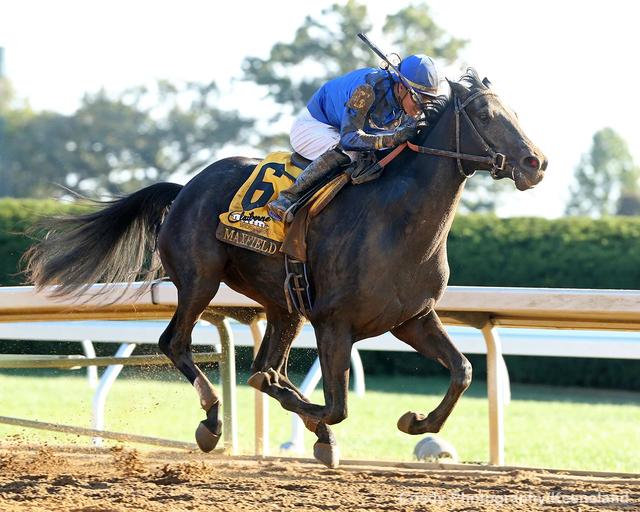