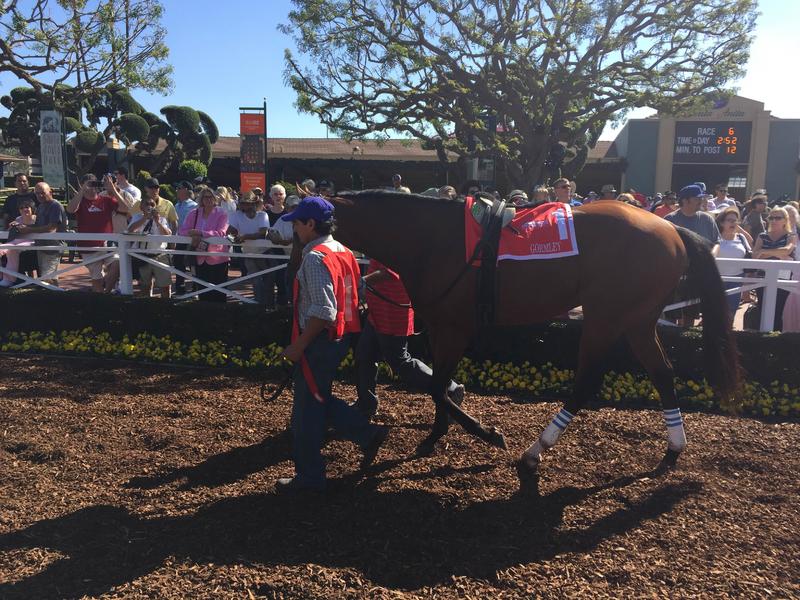 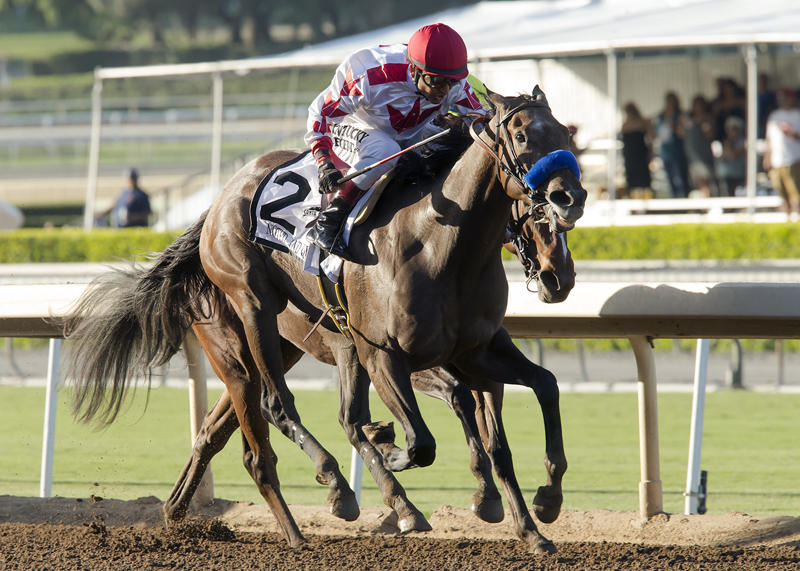 On Saturday at Santa Anita Park, a pair of juvenile races offered the winners both guaranteed berths to the Breeders’ Cup on November 5 and points toward a spot in the starting gates for the Kentucky Derby (G1) and Oaks (G1) next spring at Churchill Downs.

Those two races – the FrontRunner (G1) and Chandelier (G1) – were captured not by the favorites, but by mid-level priced horses.

First up in the FrontRunner, Jerry and Ann Moss’ Gormley provided jockey Victor Espinoza with just one of his three Grade 1 wins on the day when wiring the 1 1/16-mile affair by three lengths.

“This horse can run well wherever he runs,” Espinoza said after the contest. “He’s a very talented young horse and he’s going to improve for the future.”

Gormley entered the FrontRunner off a 4 1/4-length debut victory at Del Mar on September 4. He earned an 81 BRIS Speed rating for that 6 1/2-furlong maiden special weight and saw that number bumped to 96 for taking his stakes bow.

“You train in the morning and you hope they can improve in the afternoon. You don’t ever know until the afternoon,” Shirreffs said. “After you’ve won your first race you settle in and you just move on. He’s a young horse, he’s learning. He needs to focus a little bit and once he gets focused he’s got it handled.

“He looks like a million bucks, he’s a beautiful horse and he’s doing really well. I like that when he got into that big gear he has, he didn’t get too excited for a young horse and today he was all business.”

“He got pretty far back early, and that gave him a lot to do. He just didn’t fire away from the gate, didn’t break like we were hoping he would,” Baffert noted. “But he ran a good race – he closed.

“We know he can handle the distance. This will sharpen him for the next one. I think he got a lot out of it today. He got a lot of dirt in his face and handled it pretty well. The quality is there – it just needs to come out of him.”

Noted and Quoted did give Baffert something to cheer about later on Santa Anita’s Breeders’ Cup Preview Day, though the gray miss didn’t have it as easy as Gormley. Instead, the Speedway Stable colorbearer found herself dueling With Honors throughout the 1 1/16-mile Chandelier.

With Honors brought an unbeaten two-for-two mark into the Chandelier, and led the way through the opening six furlongs in splits of :23.29, :47.10 and 1:11.81. Noted and Quoted was keeping the pressure on the entire way, though, and took over entering the stretch.

With Honors just would not yield, and the duo battled it out in the lane. Noted and Quoted finally inched away to score by a half-length on the wire at 7-1 while 9-1 With Honors easily proved better than 5-2 favorite Zapperkat, who finished third.

“I have to give Bob (Baffert) a lot of credit for this,” said Noted and Quoted’s jockey, Rafael Bejarano. “I have ridden both (of Baffert’s fillies) entered in the Chandelier, (the other American Cleopatra) and I started off wanting to ride American Cleopatra because I thought (with her pedigree) she might be the better filly but I don’t think she really wants to go two turns.

“Baffert told me that he thought I might want to stay on Noted and Quoted because she was going to be prepared to run the mile and a sixteenth. And, he was right. American Cleopatra was right next to me but Stewart (Elliott on American Cleopatra) didn’t have enough horse and mine was the better horse today.”

Noted and Quoted completed 8 1/2 furlongs in 1:44.88 and was awarded a 90 BRIS Speed rating for earning her first stakes victory in the Chandelier.

“When they turned for home, I thought, ‘That’s a good filly (With Honors) that ran second,’” Baffert said. “I have a lot of respect for her.

“(Noted and Quoted) is a very slight filly. I don’t have to do a lot with her, but the fact that she’s already proved she can go two turns, that’s what we were trying to find out with her. I’m pretty proud of her effort, because she ran against a really great filly.”

Noted and Quoted broke her maiden by 9 1/2 lengths on August 7 in her second try at Del Mar, then finished fourth in the Del Mar Debutante (G1). Her stablemate American Cleopatra was second in that seven-furlong contest but filled the eighth spot in the Chandelier.

Noted and Quoted will get the chance to rematch With Honors in the Breeders’ Cup Juvenile Fillies (G1), as the latter filly’s trainer is already looking forward to the big event with his pupil.

“We came up a bit short today, but it puts her in a position to run a big race on Breeders’ Cup day and that’s the goal,” trainer Keith Desormeaux stated.

“If you watch the race again, you can see that she wasn’t straining to be up there (on the lead.) For her to set that kind of pace, and to do it under control is a beautiful thing to see and, with a race like that, we don’t have to worry.” 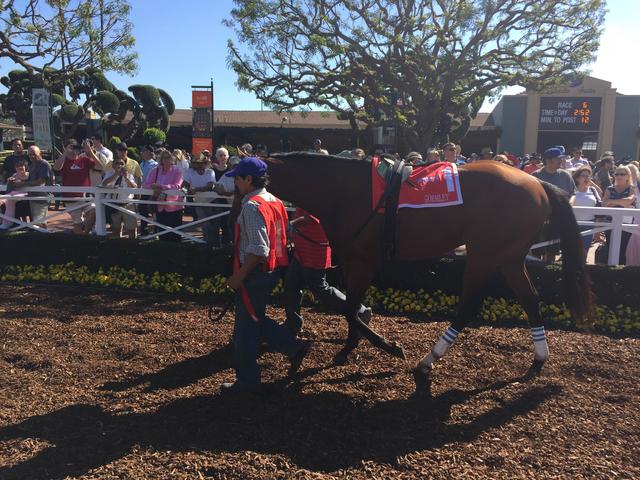