Guest Suite won his first attempt in a Kentucky Derby qualifier, rallying from midpack to score a 1 ¼-length decision in the January 21 Lecomte (G3) at Fair Grounds. Held at a mile and 70 yards on a muddy track, the Lecomte awarded points on a 10-4-2-1 scale and served as the first of three Fair Grounds’ races in the Road to the Kentucky Derby series.

Now 2-for-2 at two turns, Guest Suite was exiting a pair of one-turn mile starts at Churchill Downs, recording a non-threatening third to the well-regarded McCraken in the October 30 Street Sense and a 6 ¼-length allowance romp on November 26. The bay gelding is a son of Quality Road and Robby Albarado rides for trainer Neil Howard.

The wet Fair Grounds’ track appeared to play fair, with several wire-to-wire winners and Hawaakom rallying last-to-first in the 1 1/16-mile Louisiana Stakes a few races before the Lecomte. And muddy conditions didn’t adversely affect other BRIS Speed ratings on the program, with Hawaakom equaling a career-best 102 figure.

Guest Suite will need to run faster to establish himself as a serious Kentucky Derby contender in the coming months but the potential exists for such improvement. We will watch to see whether he can step up next time in the February 25 Risen Star (G2) at Fair Grounds. 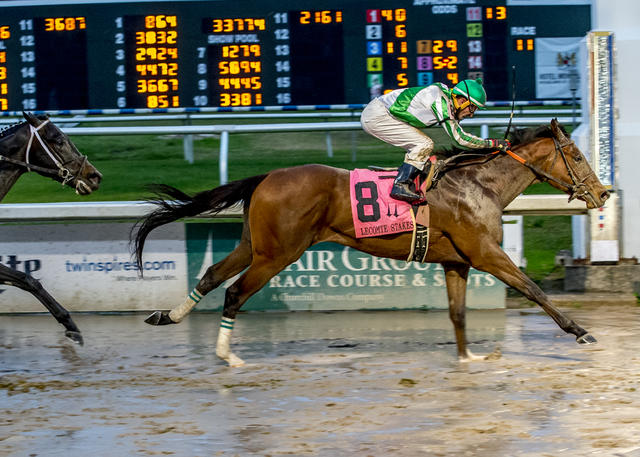