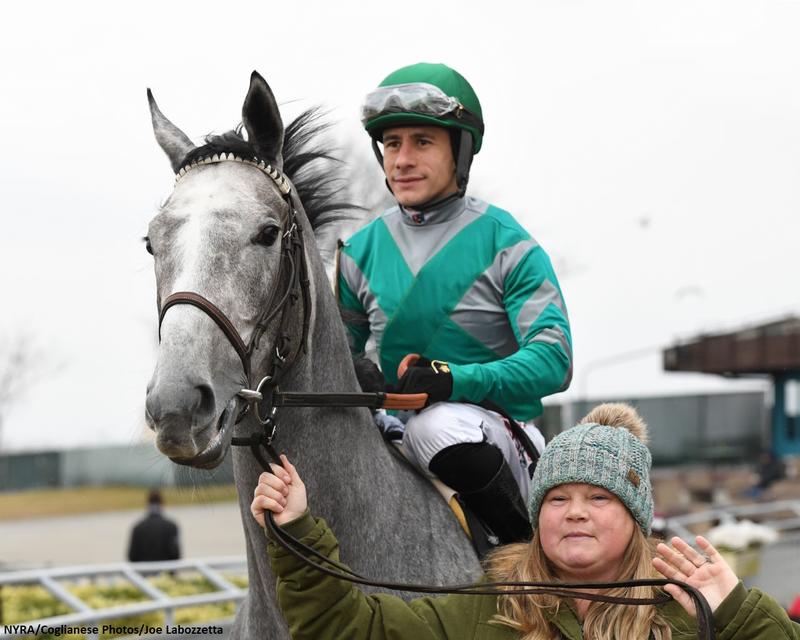 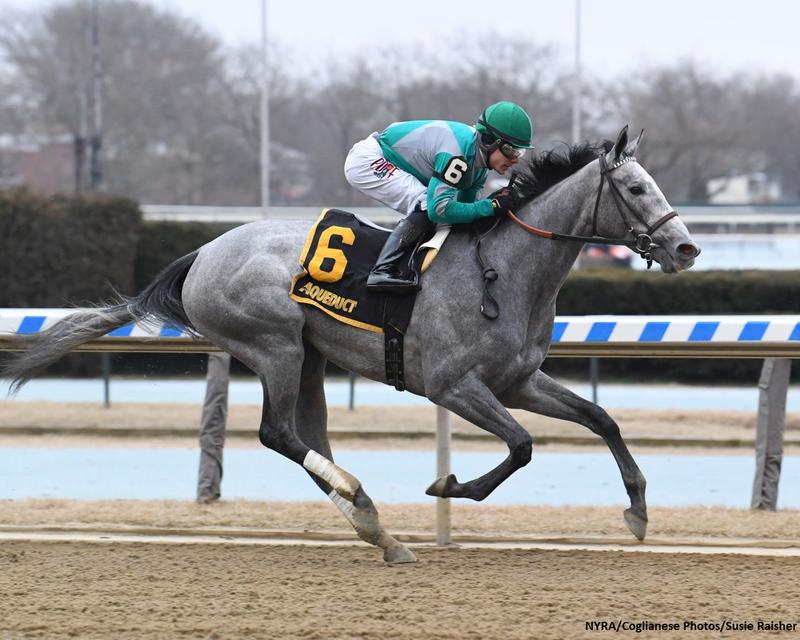 Slow start? Bring it on! Wide trip? No problem! On Sunday at Aqueduct, Harvey’s Lil Goil laughed in the face of adversity to score a powerful victory in the $101,000 Busanda S.

A stoutly-bred daughter of Triple Crown champion American Pharoah out of the unraced Tapit mare Gloria S, Harvey’s Lil Goil entered the 1 1/8-mile Busanda off an easy six-length maiden win going a mile at Aqueduct. This promising performance stamped the Bill Mott-trained filly as an overwhelming 3-4 favorite to prevail in her stakes debut.

Bettors surely held their breath when Harvey’s Lil Goil tossed her head at the break and essentially walked out of the starting gate. But jockey Junior Alvarado was patient and showed confidence in his mount, allowing Harvey’s Lil Goil to gather herself and slowly advance into contention while racing four-wide around the first turn.

"I didn't want to fight with her to make her stand properly, but then she hopped at the break a little bit," Alvarado told the New York Racing Association, noting Harvey’s Lil Goil was antsy in the starting gate. "…I would have liked to be second early on.”

The slow start was unfortunate, but it certainly didn’t affect the outcome. After longshot Fiftyshays Ofgreen posted slow early fractions of :25.30 and :50.59, Harvey’s Lil Goil made her move. She boldly rallied to lead at the three-eighths pole, clocking 6 furlongs in 1:14.70, and once the favorite got going the race was all over. Clear by daylight at the top of the stretch, Harvey’s Lil Goil widened her advantage to 7 1/2 lengths at the finish line, which she reached in 1:54.49.

"She was much the best. I was just the pilot," Alvarado said. "At the half-mile (mark), she switched gears and I let her run along there. She took over and didn't do much.”

"She outclassed the (field),” continued Alvarado. “We've always been pretty high on her and she showed up. She's more advanced physically than mentally, but eventually she'll catch up with that and hopefully keep moving forward." 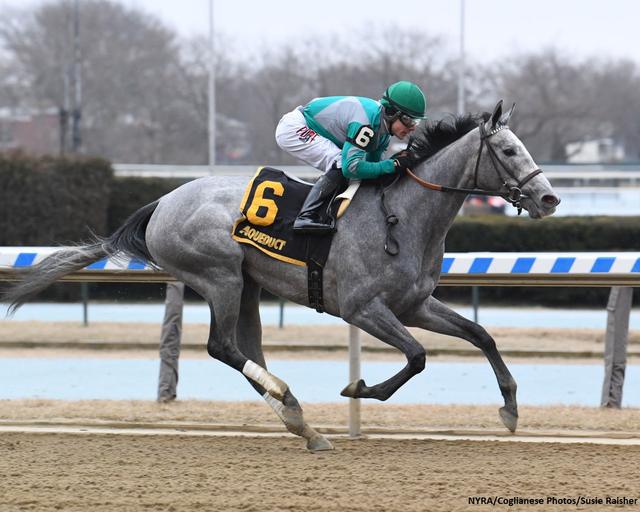