How to bet the Louisville Stakes with Soglio

May 17, 2019 John Mucciolo/TwinSpires.com
Tweet
The Louisville Stakes at Churchill Downs on Preakness Day

A competitive field of seven will travel 1 ½ miles on The Churchill Downs turf in Saturday’s feature, the $100,000 Louisville Stakes (G3). Ken and Sarah Ramsey’s SOGLIO (#3) (5-2) was assigned favoritism for the grassy marathon in advance of his his second career assignment on this lawn.

Trained by Mike Maker, the son of Scat Daddy left quite the impression in his previous run at Churchill Downs when rolling home to a 10-length triumph against allowance foes a year ago today. The talented turf stayer has mixed form from a trio of 2019 endeavors, but I think he will formidable in this spot.

Soglio was a big second in his seasonal bow behind Zulu Alpha in the W. L. McKnight Stakes (G2) at Gulfstream Park over yielding ground. An even sixth followed in the Pan American Handicap (G2), which preceded his subpar showing in the Elkhorn Stakes (G2) at Keeneland most recently.

Gelding has good tactical speed and his prior success on the course makes him very attractive despite his latest showing. The dark bay loves a lawn with some give in it and he moves forward if any precipitation falls on the ground on Saturday.

The Graham Motion-trained SHAHROZE (#4) (7-2) finished second best in a deep allowance event at Keeneland in his 2019 bow. Lightly raced son of Holy Roman Emperor has been first or second in seven of his nine lifetime tries, with his two-length win in the Singspiel Stakes (Can-G2) at Woodbine in the summer being the highlight.

Irish-bred gelding figures to show improvement second time off the lengthy layoff and his versatile running style makes him a top-three must use against this cast. Chris Landeros will guide the logical contender for the initial time.

VETTORI KIN (#6) (7-2) was victorious in this race last campaign for conditioner Ken McPeek. The six-year-old bay has failed to hit the board in five subsequent tries, but his closing fifth in the Elkhorn was a positive sign that he is trending forward in 2019.

Brazilian import has improved his BRIS Speed figure in each outing this season and he could be the one to fear from off the pace. James Graham inherits the mount atop the six-year-old.

I would suggest playing exactas with Soglio over Shahroze and Vettori Kin. In addition, a trifecta keying Soglio over the aforementioned pair might be a wise ticket to punch. 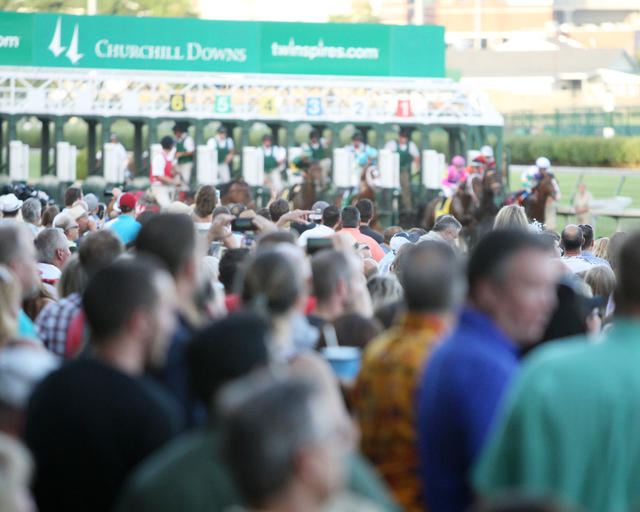