It’s never too early to talk Kentucky Derby and the points chase for the 143 rd edition of the Run for the Roses on May 6, 2017 gets underway Saturday with the $150,000 Iroquois (G3) at Churchill Downs. The first of 35 qualifying races, the Iroquois will award points on a 10-4-2-1 scale to the top four finishers.

A contentious field of eight juveniles has been entered for the 1 1/16-mile test and Lookin at Lee is the lone stakes winner, capturing the August 6 Ellis Park Juvenile for trainer Steve Asmussen. Ricardo Santana Jr. picks up the mount on the Lookin at Lucky colt.

Graded stakes-placed Recruiting Ready and Thirsforlife, the 3-1 and 7-2 top choices on the morning line, respectively, also merit plenty of respect.

Recruiting Ready finished second in the July 2 Bashford Manor (G3) under the Twin Spires and filled the same spot in the August 14 Saratoga Special (G2) before being disqualified and placed fourth by stewards. Conditioned by Horacio DePaz, the speedy son of Algorithms will add the services of three-time Kentucky Derby-winning jockey Gary Stevens.

Thirstforlife is the lone contestant with a victory over the track, breaking his maiden by a 6 ½-length margin in early June, and the Mark Casse trainee exits a third in the Best Pal (G2) behind the winning Klimt, who established himself as the early Breeders’ Cup Juvenile (G1) favorite when capturing the recent Del Mar Futurity (G1). Thirtforlife is from the first crop of Stay Thirsty and the chestnut colt will be guided by Florent Geroux.

Blame Will, a son of Blame who cost $600,000 as a yearling, registered a field-best 97 BRIS Speed rating when capturing a Saratoga maiden special weight for four-time Kentucky Derby-winning trainer D., Wayne Lukas and promises to be forwardly-placed once again with Luis Saez. Not This Time is another impressive maiden winner, drawing away to a 10-length decision when trying two turns at Ellis, and the Giant’s Causeway colt counts the multiple Grade 1-winning Liam’s Map as a half-brother. Robby Albarado rides the Dale Romans charge. And Skinflint invades for Dale Kobiskie off an eye-catching maiden tally at Gulfstream Park. Jesus Castanon has the call aboard the Super Saver colt.

Completing the Iroquois line-up are Ellis Park Juvenile third-placer Honor Thy Father and Just Move On, who will switch from turf to dirt after breaking his maiden at Arlington. 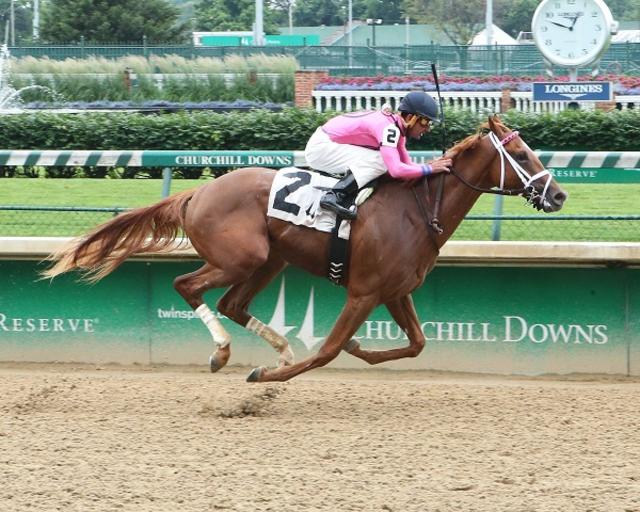