J Boys Echo puts Romans, Albaugh, Albarado back on Derby trail after Not This Time’s injury 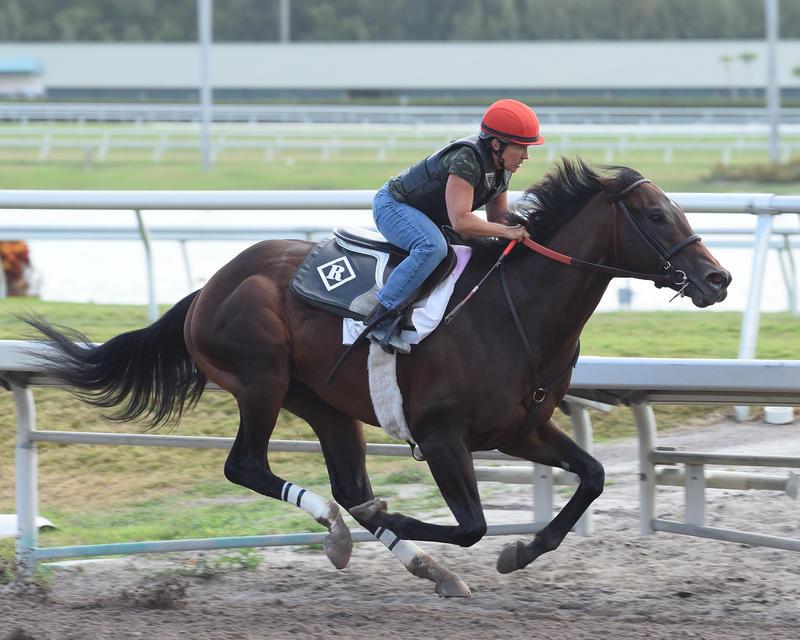 We’re breaking from the gate for a blog series on the behind-the-scenes work involved in getting a horse ready for the May 6 Kentucky Derby at Churchill Downs. “Kentucky Derby: Full Court Press” centers on Albaugh Family Stable’s three-year-old colt J Boys Echo and his team.

In this first installment, J Boys Echo is coming off a victory in Aqueduct’s Grade 3 Gotham, his 50 qualifying points securing a starting spot in the 20-horse field for America’s greatest race. But first he runs in Keeneland’s $1 million Blue Grass on April 8.

“I think there are so many people who would love to know and understand the parts of racing other than just race day and watching them go on the track,” Loutsch said. “It’s a great opportunity for our fans and for racing enthusiasts to get a close picture of what goes on starting now and through the Blue Grass and the Kentucky Derby. So much goes into this. You don’t just show up on race day and run.”

Trainer Dale Romans, the lifelong Louisvillian, thought he finally had the Kentucky Derby winner in his barn when the colt Not This Time last summer won an Ellis Park maiden race by 10 lengths, subsequently captured Churchill Downs’ Iroquois by 8 3/4 and lost the Breeders’ Cup Juvenile to champion Classic Empire by a neck.

Days later, Not This Time was retired to stud at Taylor Made Farm in Nicholasville, Kentucky, with an injury sustained in the Breeders’ Cup.

“He’s the best two-year-old I’ve ever trained. To lose him was sickening,” Romans, who has two thirds and a fourth with seven prior Kentucky Derby starters, said from his winter base of Florida. “But that’s part of the Derby trail. It’s happened to a lot of them. I’d love to have him, but Bob Baffert would love to have Mastery, and Mark Casse would love to have Classic Empire not having any problems. It is what it is, and you just have to adapt.”

Indeed, in horse racing you can almost always find a scenario in which to take heart. Calumet Farm won the 1957 Kentucky Derby with Iron Liege after losing favored Gen. Duke days before the race. Champion Devil’s Bag was retired days before his stablemate Swale gave Woody Stephens his second Derby in 1984. Todd Pletcher saw favored Eskendereya go to the shelf the week before the 2010 Derby, which he won anyway with Super Saver.

Romans hopes that J Boys Echo, who like Not This Time is owned by Albaugh Family Stable and ridden by Robby Albarado, can be the latest chapter of Derby disappointment morphing into Derby destiny. The colt already is in the 143rd Kentucky Derby on May 6 as long as he is healthy, having earned 50 qualifying points in winning New York’s Gotham. He’ll have a final prep in Keeneland’s $1 million Blue Grass on April 8. That’s a race that Romans and Albaugh won last year with Brody’s Cause, who finished seventh in the Derby.

“It’s like backup quarterbacks in the NFL: It’s good to have a good one,” Romans said of J Boys Echo. “He could be Dak for the Dallas Cowboys. When Tony Romo went down, Dak Prescott took over.”

“He’s never run a bad race, and he was always Tammy’s favorite,” Romans said, in reference to exercise rider Tammy Fox. “He was the kind of horse that you could tell mentally needed to grow up a little bit. But he did it. He’s peaking at the right time.”

Stung by the disappointment of Not This Time not having a three-year-old campaign, racing manager Jason Loutsch said it took the 3 1/2-length Gotham victory — in which J Boys Echo earned an excellent 104 BRIS Speed figure — to begin thinking they might yet be in the Derby.

“Not This Time was a horse that Dale thought a lot of, kept saying he was one of the best young horses he’d trained at that age and he’s trained a lot of horses,” Loutsch said. “Once in training, he was just on a different level - had that aura about him that he could be something special…And then to get the news when he gets back to Churchill that we had a problem, it was very upsetting. It hurt because I know how tough this game is. I didn’t think we’d get back to the Derby this year after losing him to injury. J Boy had just broken his maiden. It was like, ‘Man, we go from having one of the favorites for the Derby to not being in the race.’

“That’s part of the game. Dale always says the highs are high and the lows are low, and that was a low point when we got that phone call that he had to be retired. But it could have been worse, and he’s going to have a tremendous stallion career, and we’re so excited to be a part of it with Taylor Made and looking forward to seeing his babies.

“I knew J Boy had talent, but he hadn’t put it together until the Gotham. He was still immature. He had to show us that he could put a race together against good quality opponents. When we were able to win the Gotham, that got us excited and showed us his potential, especially when we saw his (speed) numbers. Now he has to back it up. We know that one race doesn’t make a career, but it gives us a lot of confidence going into the spring.”

After the stable swept a pair of two-year-old maiden races at Ellis Park last summer with Not This Time and Reedini, Loutsch was asked about other babies they might have in the wings. He mentioned the unraced J Boys Echo, a son of 2003 Horse of the Year Mineshaft and who cost $485,000 at Keeneland’s September yearling sale. J Boys Echo is out of the Grade 2-winning mare Letgomyecho, who is also the dam of the Albaugh-owned Unbridled Outlaw.

“They’re bred to get better as they age and go two turns,” Loutsch said then of their two-year-olds. “We don’t buy sprinters; we buy horses that can go the distance.”

Loutsch said that Not This Time and J Boys Echo stamped themselves as the head of the Albaugh two-year-old crop down in Ocala, Florida, where they got their early training before shipping to Churchill Downs.

“My favorite was Not This Time, just because he was a homebred and out of our big mare, Miss Macy Sue,” said Loutsch, who is married to Dennis Albaugh’s daughter Tiffany. “But Tammy kept telling me, ‘This is going to be the one.’ She’s on him every day, so I trust and believe in her. When she tells me something, that’s pretty much the way it is.”

Romans is hoping to have a second Kentucky Derby contender in N and K Racing’s Impressive Edge, who won a Gulfstream Park maiden race by 4 3/4 lengths on January 15 and, after finishing fourth in the seven-furlong Swale, romped to an eight-length allowance victory March 5. Impressive Edge runs in Saturday’s $1 million Florida Derby.

“Impressive Edge is an exciting horse,” Romans said. “As a two-year-old, he didn’t have the best start. He’s a horse that needed to grow up, and I’m very happy with the way he’s doing. He’s a great athlete. He’s never run two turns. But if he does it in the Florida Derby, we’ll be on to the Derby with him.” 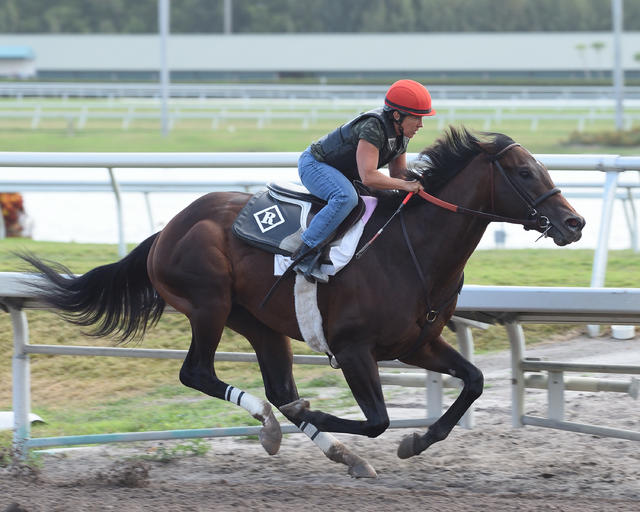