Juju’s Map drew off to an eye-catching victory in Friday’s $400,000 Alcibiades S. (G1) at Keeneland, picking up 10 points toward a Kentucky Oaks (G1) berth in the qualifier. Brad Cox trains the promising Liam’s Map filly for Albaugh Family Stables, and Florent Geroux was up.

After graduating the second time out by a 5 3/4-length margin at Ellis Park in early September, Juju’s Map scored by 4 1/4 lengths while making her stakes debut in the 1 1/16-mile Alcibiades.

She stamped her ticket to the Nov. 5 Breeders’ Cup Juvenile Fillies (G1) at Del Mar in the “Win & You’re In” race.

Off as the 24-10 favorite, Juju’s Map showed speed from the starting gate but conceded the early advantage to Runup, tracking in second until the completion of the backstretch. The bay miss advanced to take a short lead, and after dueling with stablemate Matareya through the bend, accelerated clear in upper stretch. 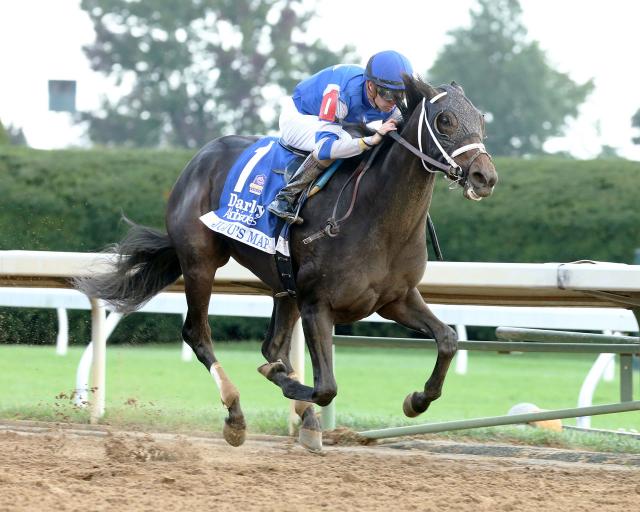