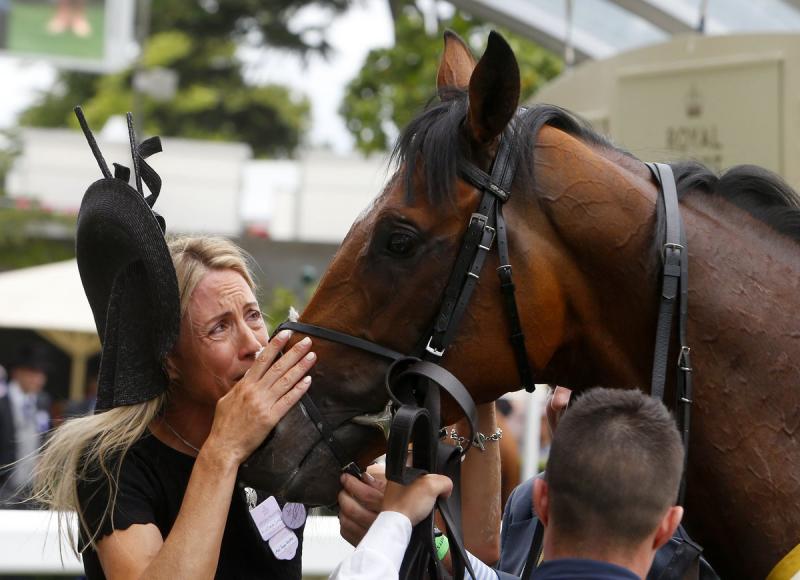 Breeding Triple Crown winner Justify would have been enough to make it a stellar year for John Gunther and his daughter Tanya, who plans the matings for their mares. But the proprietors of Glennwood Farm just achieved another milestone. Only 10 days after Justify completed the sweep in the Belmont S. (G1), homebred Without Parole carried the Gunther colors to a major victory at Royal Ascot in England.

Unlike Justify, a Kentucky-bred who was sold for $500,000 at the Keeneland September Yearling Sale, Without Parole was born in Great Britain and retained by the Gunthers to race. He is by unbeaten world champion Frankel out of the Gunthers’ mare Without You Babe, also the dam of 2016 Breeders’ Cup Dirt Mile (G1) hero Tamarkuz. Without You Babe is herself a half-sister to 2011 Travers (G1) victor Stay Thirsty, who was unplaced in the Kentucky Derby (G1) and missed narrowly in the Belmont.

Like Justify, Without Parole is unbeaten. Trainer John Gosden intended to run him in the first British classic of the season, the 2000 Guineas (G1) on Kentucky Derby Day at Newmarket, but an ill-timed foot issue ruled him out. Just ready in time for the May 24 Heron S. at Sandown, Without Parole stayed perfect despite being short on fitness.

That prep set him up for his first serious test of class at Royal Ascot, the June 19 St James’s Palace (G1), which attracts the top three-year-old milers. Although he had yet to race at the highest level, Without Parole still went off as the favorite. You might say he “justified” his status, digging in to stave off the Aidan O’Brien-trained Gustav Klimt. Without Parole thereby emulated sire Frankel, who also won the St James’s Palace during his perfect 14-race career.

The St James’s Palace trophy was presented by newlyweds Prince Harry and Meghan Markle, or to use their formal titles, the Duke and Duchess of Sussex.

Justify’s current ownership group was involved in a Royal Ascot runner in another race on the same day. Yoshida – owned by WinStar Farm, China Horse Club, SF Racing, and Head of Plains Partners – contested the opening Queen Anne (G1) down the straight mile course. Although fifth across the wire (spot him in the white WinStar silks on the right), the Bill Mott trainee was beaten only about 1 1/4 lengths by longshot Accidental Agent, who earned a berth in the Breeders’ Cup Mile (G1). If the two have a rematch in the 2018 Breeders’ Cup at Churchill Downs, Yoshida can boast a win over the course in the Old Forester Turf Classic (G1) on Kentucky Derby Day. In the meantime, Yoshida had served as a work companion for stablemate Hofburg who later placed third in the Belmont.

The owners of 2015 Triple Crown champion American Pharoah, Zayat Stables, sent Gidu over to Royal Ascot for the June 22 Commonwealth Cup (G1) (spot him as the gray racing forwardly on the right). In a result similar to Yoshida’s, Gidu finished a creditable sixth, beaten a shade over two lengths in the six-furlong sprint for sophomores. Like Without Parole, he is a son of Frankel. Gidu will be heard from back on the American turf for trainer Todd Pletcher.

The Royal meeting offered some other tie-ins from the Triple Crown trail.

European Road to the Kentucky Derby winner Gronkowski, runner-up to Justify in the Belmont, saw his old turf form boosted when Godolphin’s Old Persian landed the June 22 King Edward VII S. (G2) (nicknamed the “Ascot Derby”). Before Gronkowski switched to the all-weather surfaces last fall, he finished second to Old Persian in his last attempt on turf. Old Persian most recently captured the May 19 Fairway S. at Newmarket, besting another Gronkowski foe, Court House. In his prior start, Court House was runner-up to Gronkowski in Kempton’s Road to the Kentucky Derby Conditions S.

Jockey Joel Rosario, who guided Orb to his 2013 Kentucky Derby score, rode a Royal Ascot winner for trainer Wesley Ward. Shang Shang Shang beat the boys in the June 21 Norfolk S. (G2), a “Win and You’re In” for the newly minted Breeders’ Cup Juvenile Turf Sprint. The first filly to take the Norfolk since Superstar Leo (2000), Shang Shang Shang was coming off a debut win on the Keeneland dirt. The Florida-bred is from the second crop of champion Shanghai Bobby, winner of the 2012 Breeders’ Cup Juvenile (G1).

At the conclusion of the five-day meeting, O’Brien ranked as champion trainer and Ryan Moore took the riding title. Their Kentucky Derby disappointment with Mendelssohn is now long in the rear-view mirror, and connections are looking forward to a U.S. dirt campaign ahead of the Breeders’ Cup Classic (G1). Mendelssohn is expected to return stateside for the July 7 Dwyer (G3) at Belmont Park.

If we get a coveted Breeders’ Cup clash between Justify and Mendelssohn, might the St James’s Palace serve as a harbinger? A Gunther-bred holding off an O’Brien runner? Fascinating how the story lines carry across continents in this age of international racing.

Photo of newlyweds Prince Harry and Meghan (aka the Duke and Duchess of Sussex), who presented the St James's Palace trophy, by Frank Sorge/Horsephotos.com 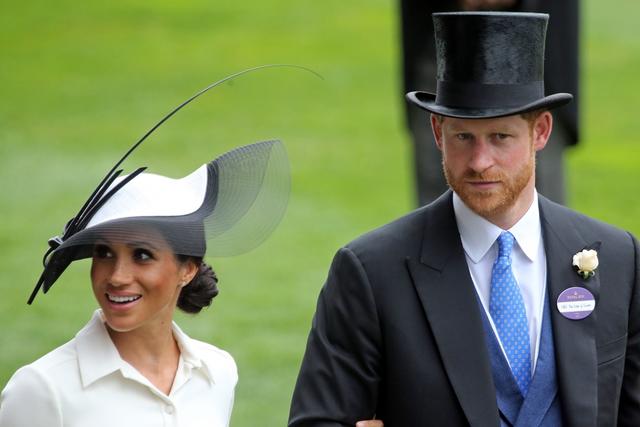