Kirk and Judy Robison’s Jackie’s Warrior earned 10 points on the 2021 Road to the Kentucky Derby following his 5 1/2-length romp in the Champagne (G1) at Belmont Park. The juvenile colt traveled one mile on the fast main surface in 1:35.42 with Joel Rosario in the controls.

Jackie’s Warrior was unveiled at Churchill Downs on June 19 in a 5-furlong dash on the dirt. He tracked the pace from second to the top of the lane, prior to going clear to a 2 1/2-length victory under the wire. The Steve Asmussen trainee made his next start at the Spa in the Saratoga Special (G2), and he led at every call en route to a superb three-length tally.

The bay colt stretched out to seven panels in the Hopeful (G1) at Saratoga in his third outing and again was never headed, strolling home to a comfortable 2 1/4-length triumph. Unbeaten from four career engagements, Jackie’s Warrior now shows a lifetime line of 4-4-0-0, $402,564.

Bred in the Bluegrass State by J & J Stables, the son of Maclean’s Music was purchased by his current owners for $95,000 at the 2019 Keeneland September Yearling Sale. He is the first stakes hero produced from the 19-time winning A. P. Five Hundred mare Unicorn Girl, who is also responsible for an unnamed yearling filly by Candy Ride, as well as an unnamed weanling colt by American Pharoah. This is the same female line as Mexican champion Kukulkan.

Jackie’s Warrior has shown great progression in 2020 while registering stout Brisnet Speed figures of 89-97-96-101. The potential champion has done little wrong in his 2-year-old season, and if he continues to improve, then the splendid colt will be a major player on the Road to the Kentucky Derby in his sophomore campaign. 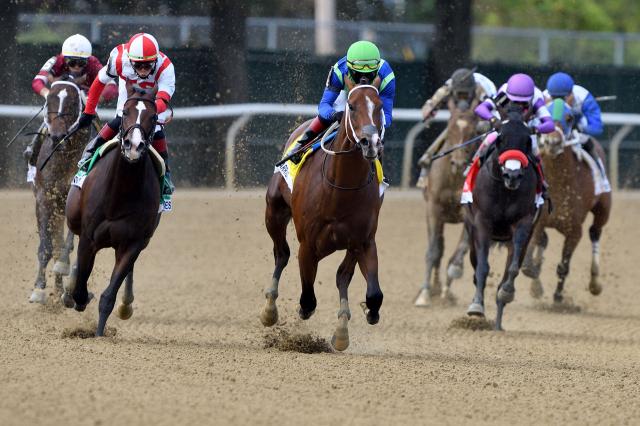