The Kentucky Derby, and the Triple Crown series which it begins, are U.S. Thoroughbred racing’s Holy Grail. But racing doesn’t stop when the Triple Crown is over. To prove they are the best horse in the land, 3-year-olds who succeed in the Triple Crown must continue to win important races over the rest of the year, culminating in the Breeders’ Cup where they take on older horses.

So, until then, KentuckyDerby.com will follow the top Triple Crown runners as they get closer to the Breeders’ Cup, which will be held this year at Del Mar on Nov. 3-4.

The only other horses to win a Triple Crown race before winning the Breeders’ Cup Classic are A.P. Indy (winner of the Belmont Stakes and Classic in 1992), and Curlin (winner of the Preakness Stakes-Classic double in 2007).

Since the Triple Crown was completed, several of the 20 Derby contestants have run again. Four of them – Irap, Girvin, Untrapped, and Fast and Accurate – contested the Ohio Derby (G3) June 24. The result suggested that the Derby form was sound, as Irap finished first, narrowly edging runner-up Girvin, with Untrapped third. Whether any are genuine Breeders’ Cup contenders remains to be seen.

On the same day, Kentucky Derby third-place finisher Battle of Midway rolled to a facile victory in the Affirmed Stakes (G3) in California. The week beforehand, Derby eighth-place finisher McCraken took out the Matt Winn Stakes (G3) at Churchill Downs.

This weekend State of Honor, 19th in the Kentucky Derby, tries to hold up the Derby form when he contests the 1 1/4 mile Queen’s Plate, the first leg of the Triple Crown for Canadian-bred 3-year-olds. The Florida Derby runner-up finished third in the Plate Trial at Woodbine in June and has the class to win on Sunday, but stamina could be a problem.

Not all the Derby runners will necessarily be aimed at the Breeders’ Cup Classic, as their connections may look at either shorter races or a switch to the turf. Derby fifth-place finisher Practical Joke, for example, could be a better candidate for the Breeders’ Cup Dirt Mile (G1); he is set to return for the one-mile Dwyer Stakes (G3) at Belmont Park July 8.

Thunder Snow, who pulled up shortly after the Kentucky Derby start, has since returned to the European turf, finishing second in the Irish 2,000 Guineas (G1) and third in the St James’ Palace Stakes (G1) at Royal Ascot. The Breeders’ Cup Mile (G1) on turf is his most likely start if he ships back for American racing’s championship day.

Also worthy of watching are Derby runners from previous years headed to the Breeders’ Cup. The most notable at this stage are 2016 Derby third-place finisher Gun Runner, who tuned up for his Classic bid by easily winning the Stephen Foster Handicap (G1) at Churchill Downs, and Mor Spirit, a leading Dirt Mile contender after a sharp score in the Metropolitan Handicap (G1) at Belmont Park. 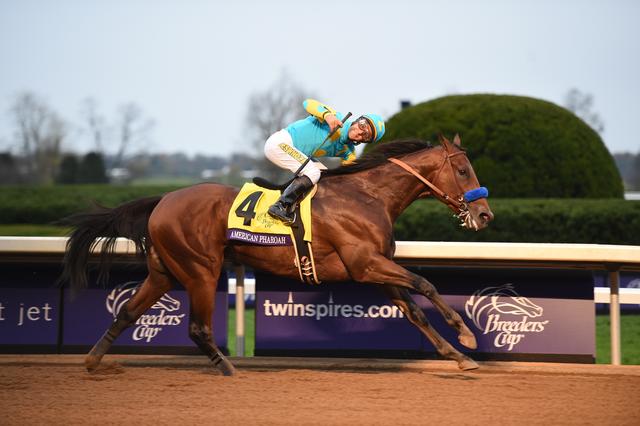