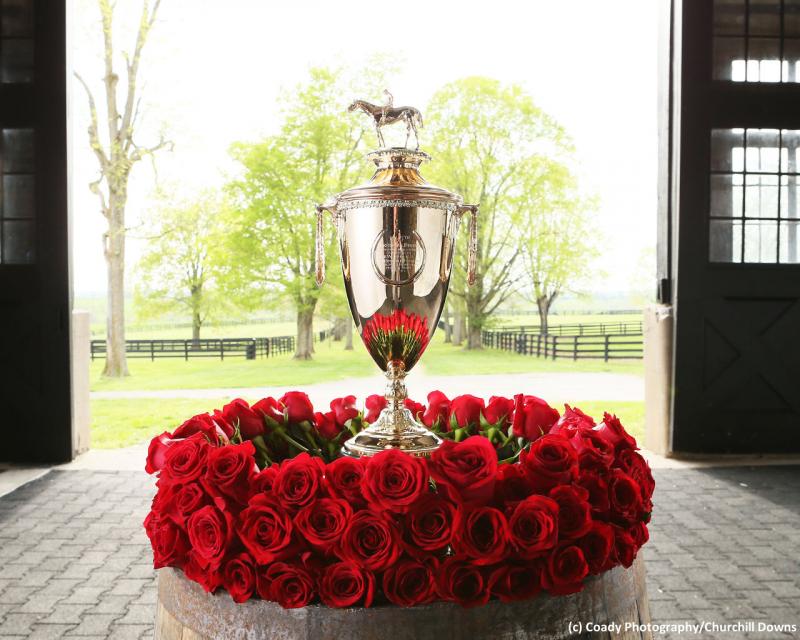 A full field of 20 three-year-olds will travel 1 1/4 miles over the famed Churchill Downs oval in the $3 million Kentucky Derby (G1) on May 4. The 145th edition of the Run for the Roses looks to be competitive as ever with more than a dozen logical contenders in the robust field. 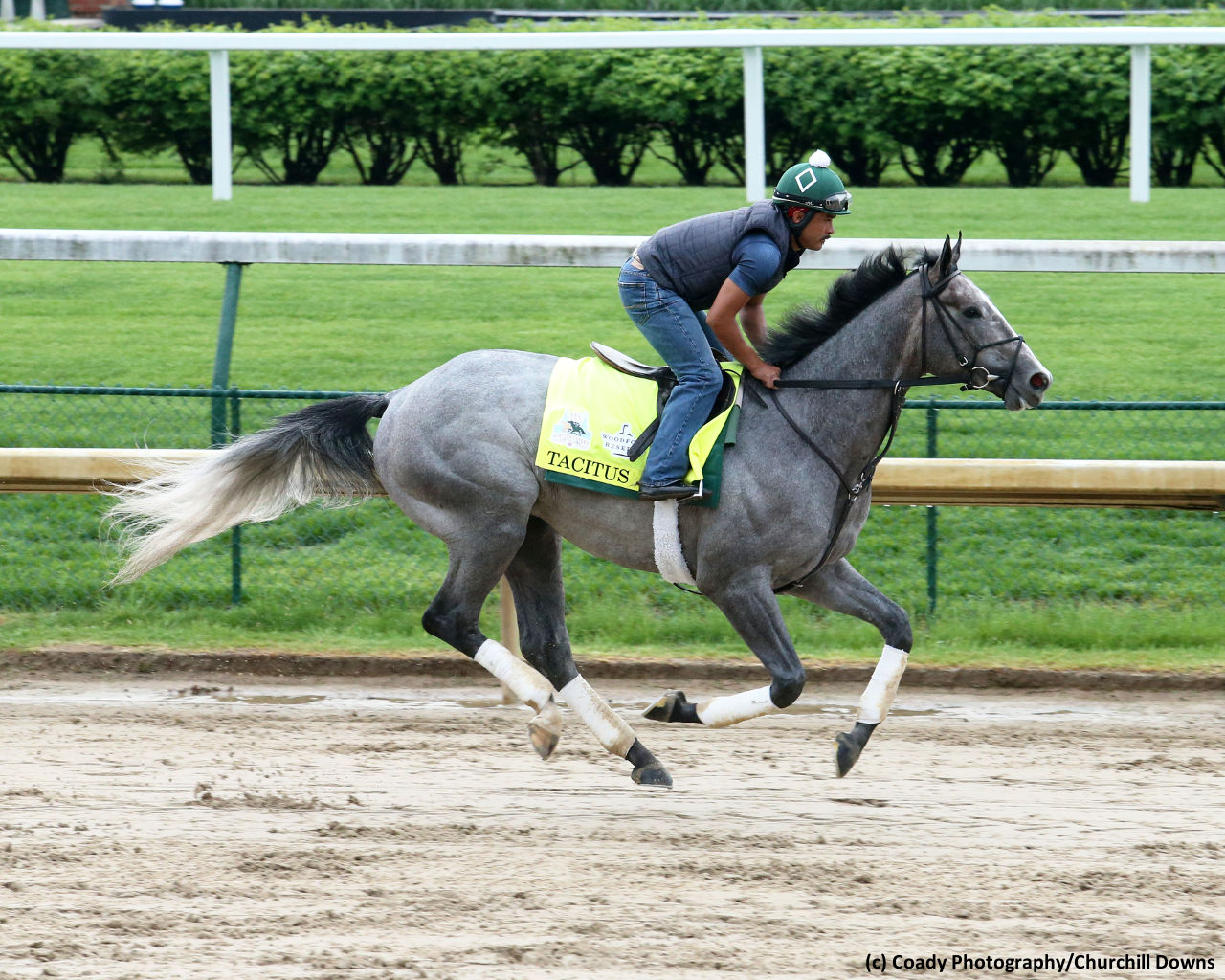 This rapidly improving sophomore overcame a horrific start to inch clear late in a very impressive tally at Aqueduct most recently. The once-beaten Juddmonte homebred has a big turn of foot and will aim to give Bill Mott his first Kentucky Derby winner. Regular pilot Jose Ortiz retains the mount. 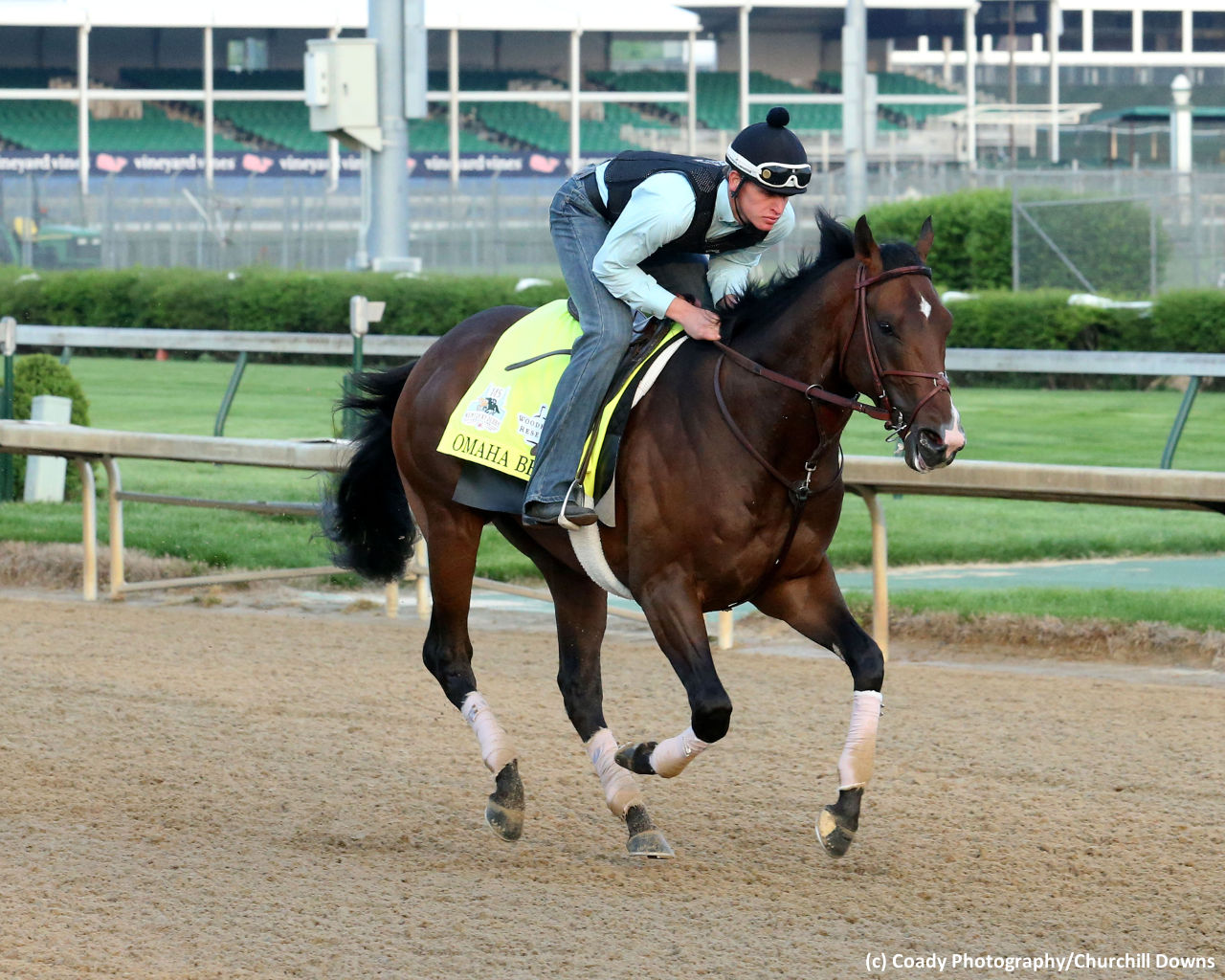 The likely favorite in the field has morphed into a new animal since switching from the turf to the main surface for the brilliant Richard Mandella. The Kentucky-bred colt made an early move in the Arkansas Derby (G1) to lead on the backside, and he found another gear in holding off a stern test throughout the Oaklawn Park stretch.  Mike Smith chose to ride the colt over Santa Anita Derby (G1) winner Roadster, which could be a telling sign. 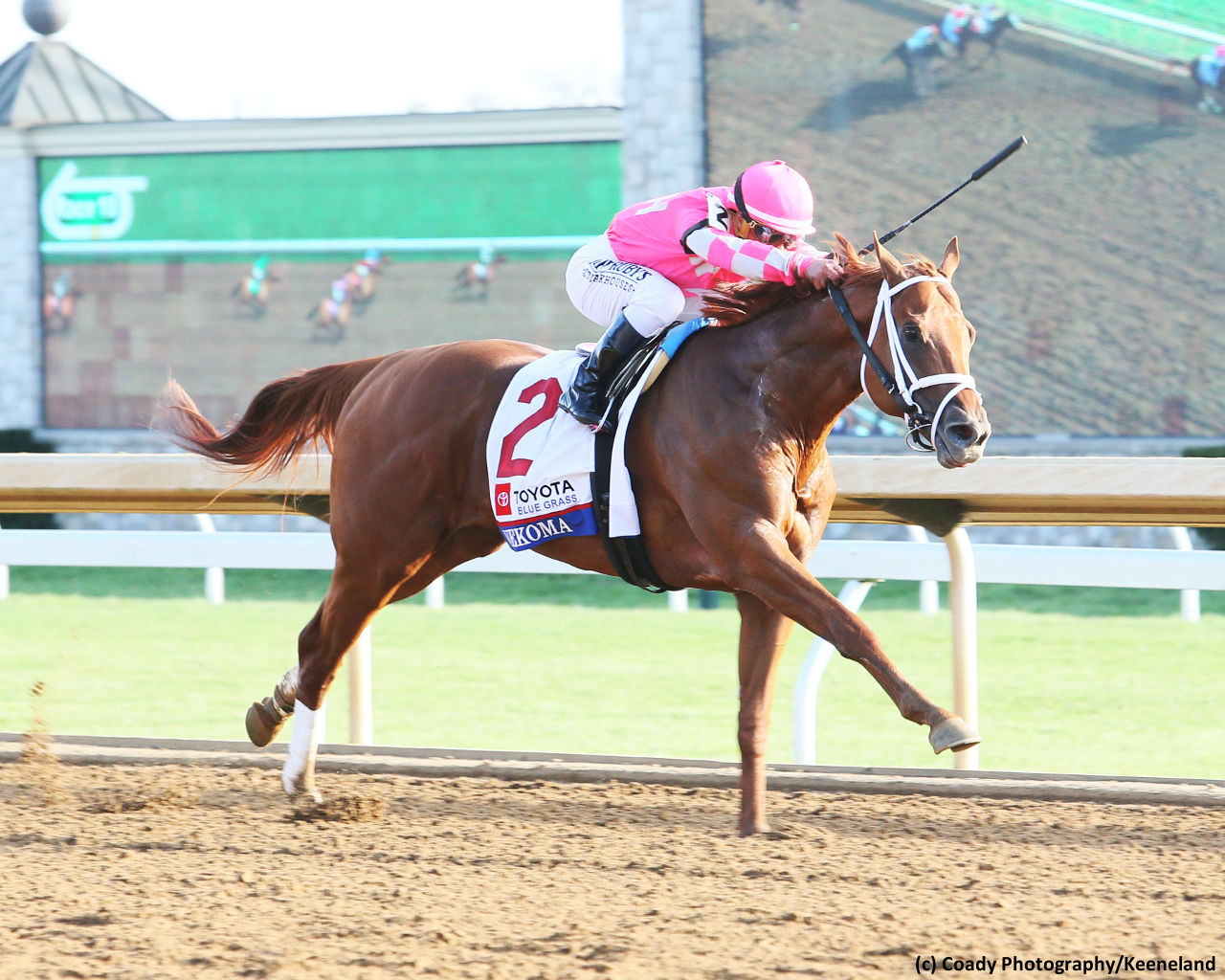 This contender was always moving like a winner in the recent Blue Grass Stakes (G2), and he sealed the deal with a commanding tally in preparation of his biggest assignment to date. The chestnut colt has early speed, which is often essential in the sizable Kentucky Derby field. Javier Castellano riding is a major coup. 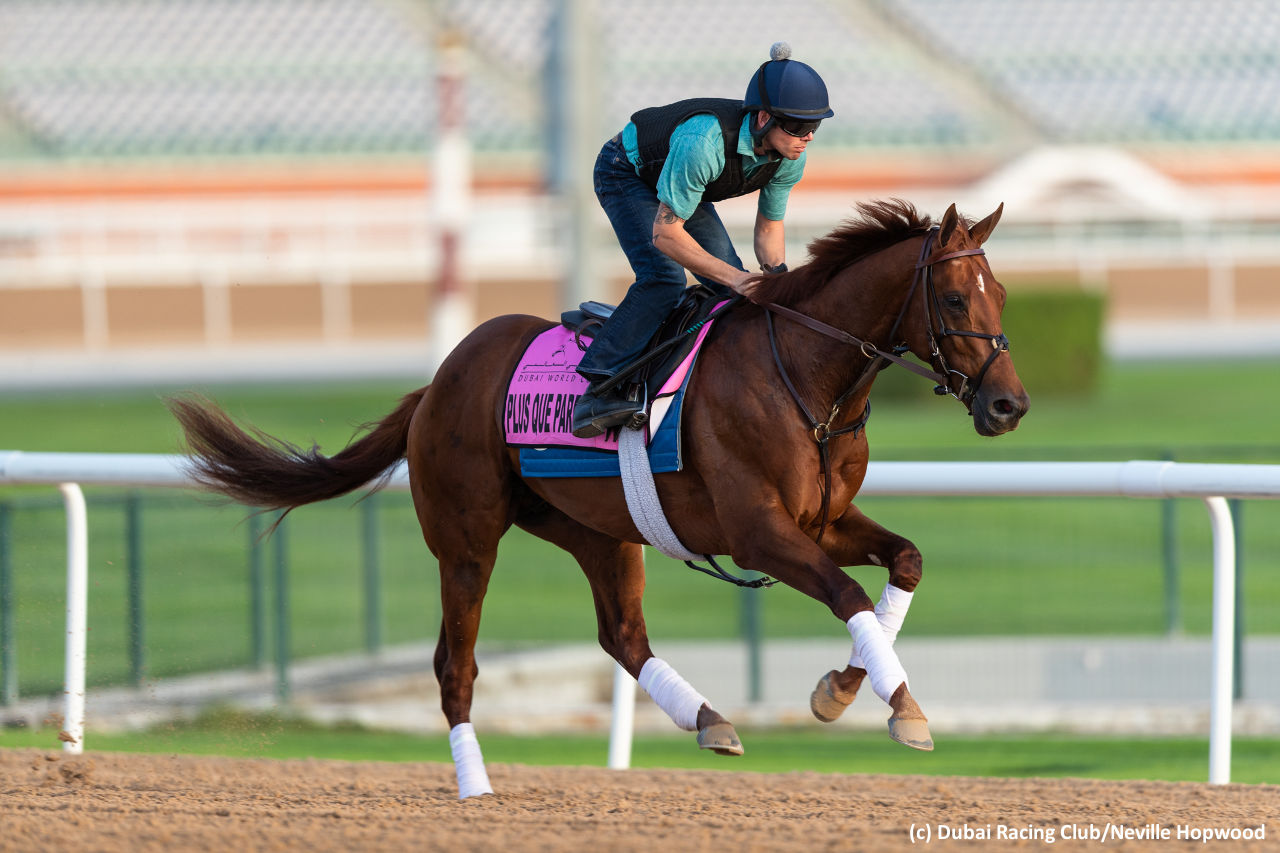 The Kentucky-bred showed little in his first pair of 2019 assignments; however, he reversed form in a big way with his U.A.E. Derby (G2) triumph. The chestnut three-year-old has a fine foundation with seven route races under his belt lifetime. Also, it’s worth noting that he has run well in a pair of races on the Churchill Downs main surface. 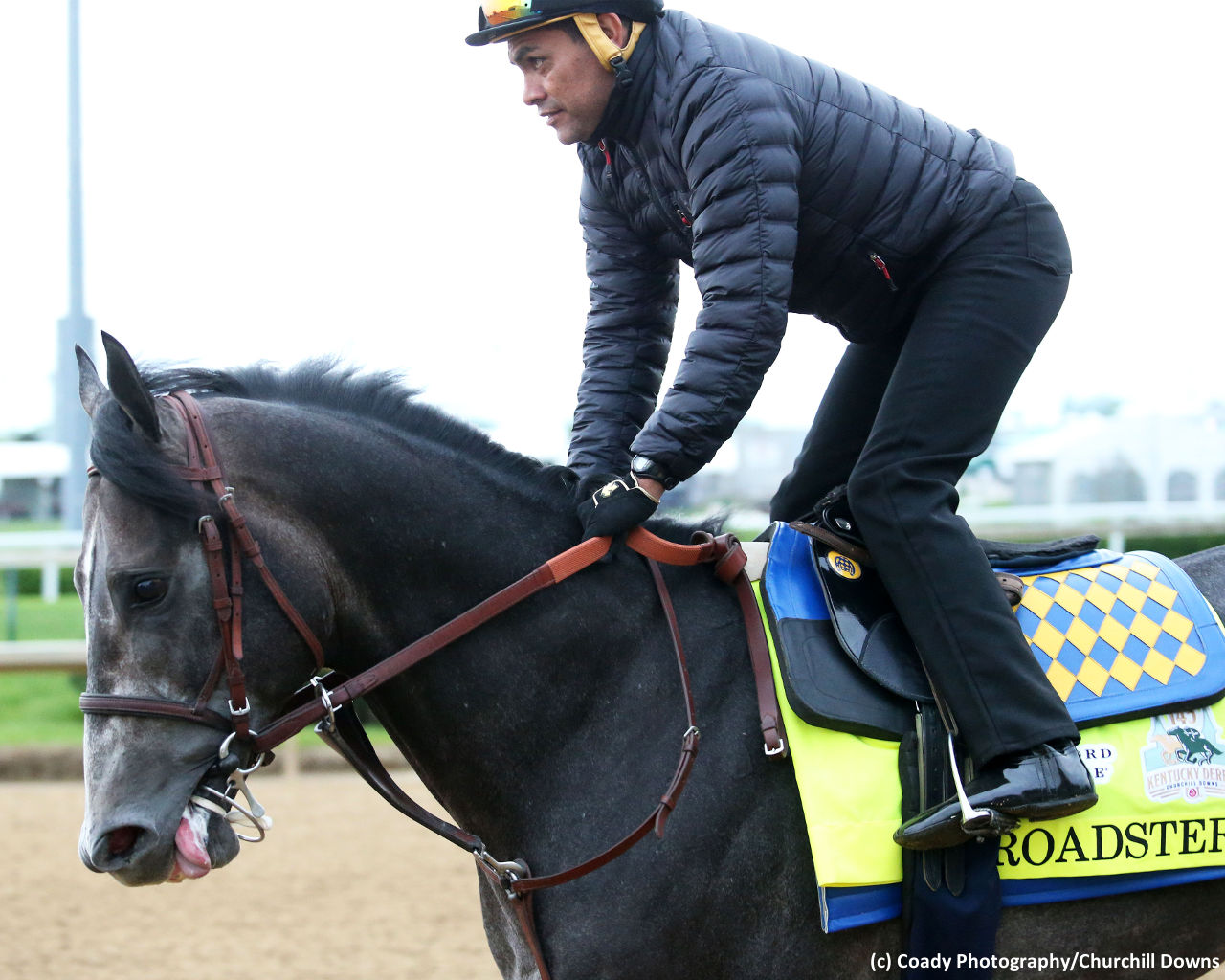 This talented colt was ultra-impressive in winning the Santa Anita Derby (G1) second time off the layoff. One of three major players in the field for trainer Bob Baffert, Roadster has a lot of room for improvement with just four lifetime attempts on his resume. The $525,000 yearling purchase loses jockey Mike Smith but Florent Geroux is more than capable of delivering a flawless ride. 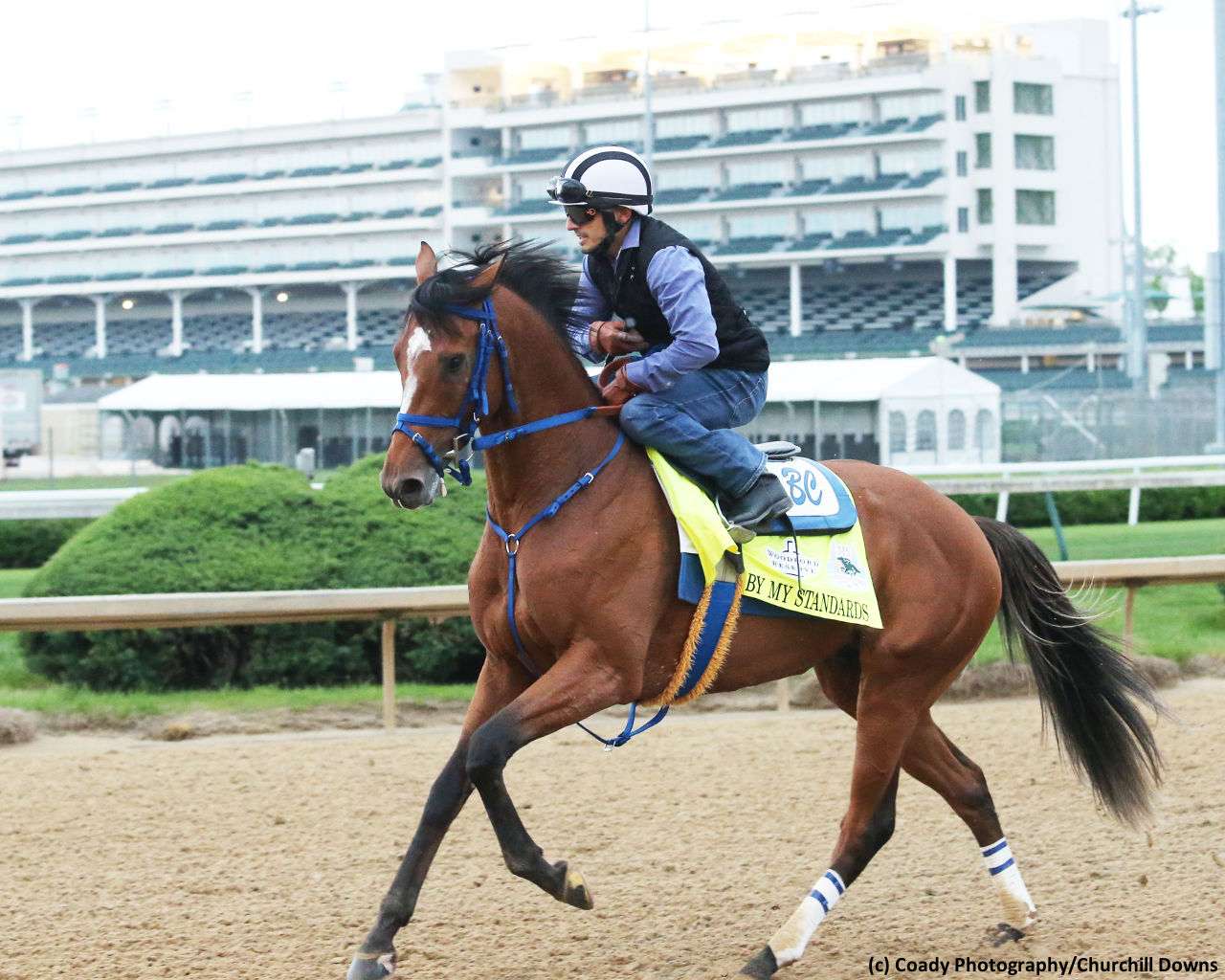 By My Standards Career Racing Stats

This Louisiana Derby (G2) upsetter is becoming something of a “buzz horse” with his improving form and fine morning presence at Churchill Downs. The late-blooming son of Goldencents has won or placed in each of his five lifetime tries to date, and his latest puts him right there with the top contenders in this field. 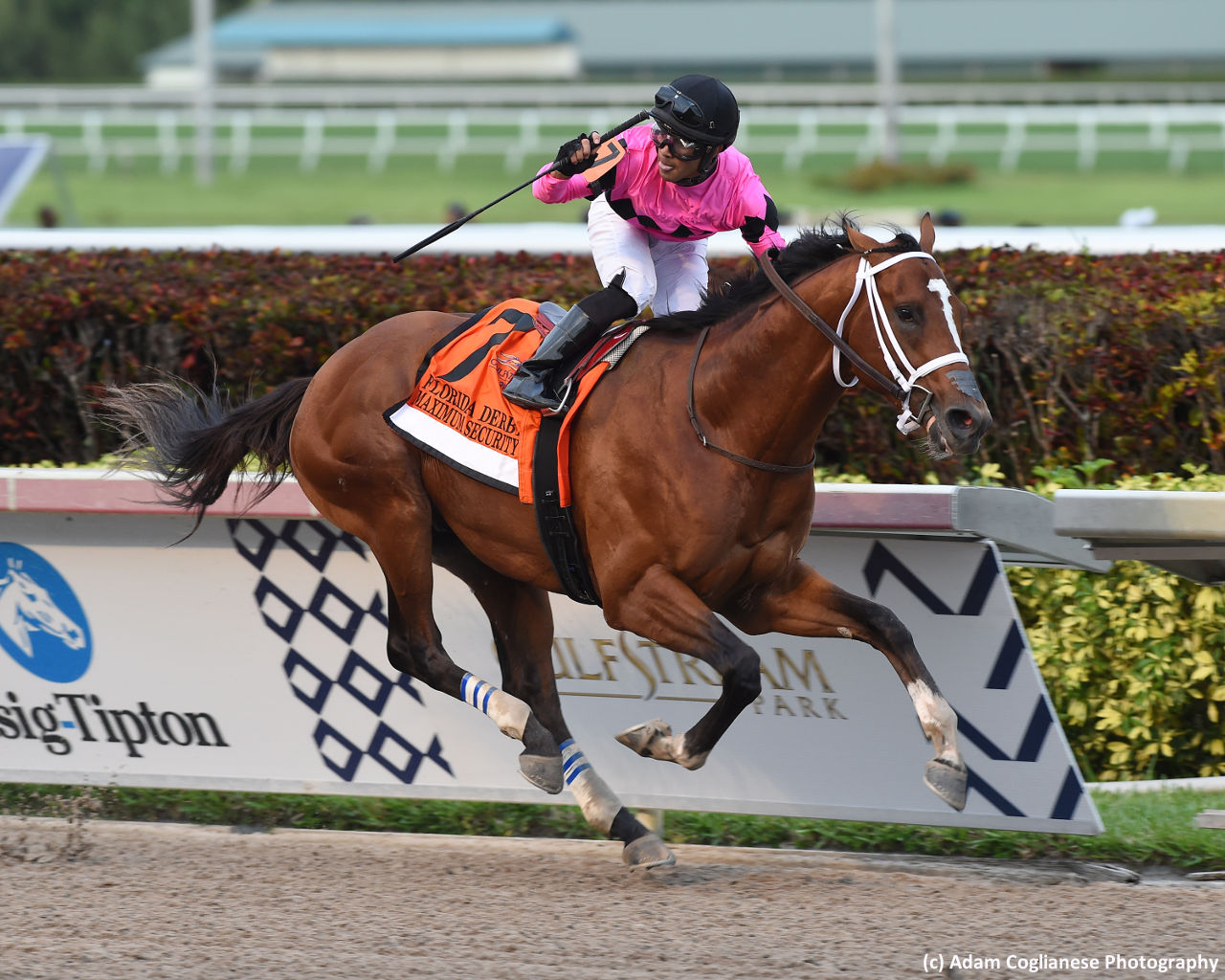 The ultimate wildcard in the cast has been virtually untested in four career assignments, which includes a facile tally in the Florida Derby (G1) last out. This former $16,000 claimer continues to improve and earned a whopping 123 BRIS Late Pace number at Gulfstream Park in his most recent effort. The homebred has speed but is also capable of rating early on. 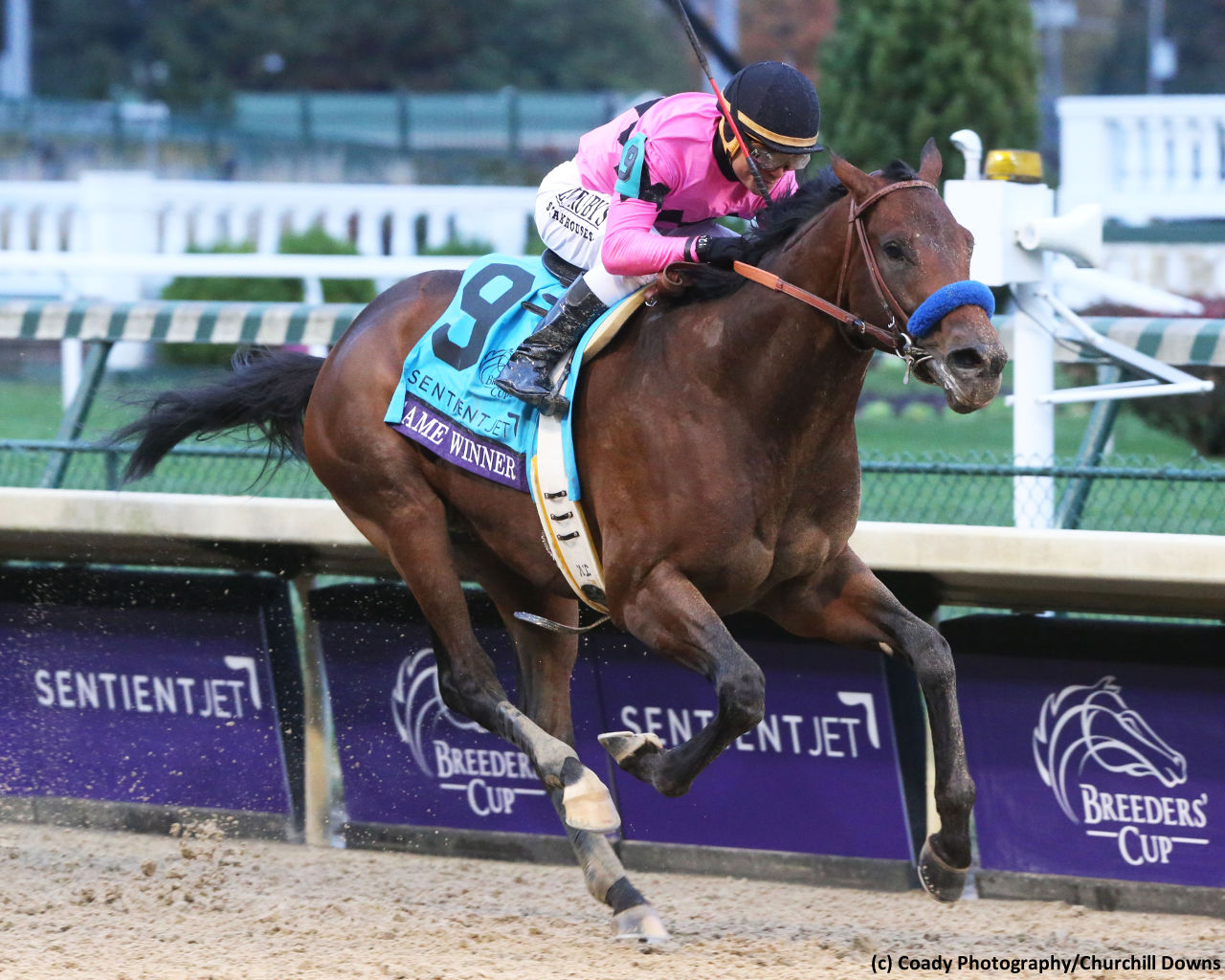 Two-year-old champion has suffered narrow defeats while running big in both of his three-year-old efforts for trainer Bob Baffert. The Candy Ride colt is proven on the Churchill Downs surface following his Breeders’ Cup Juvenile (G1) score, and he continues to train well this season. The champ will not go down without a fight on May 4. 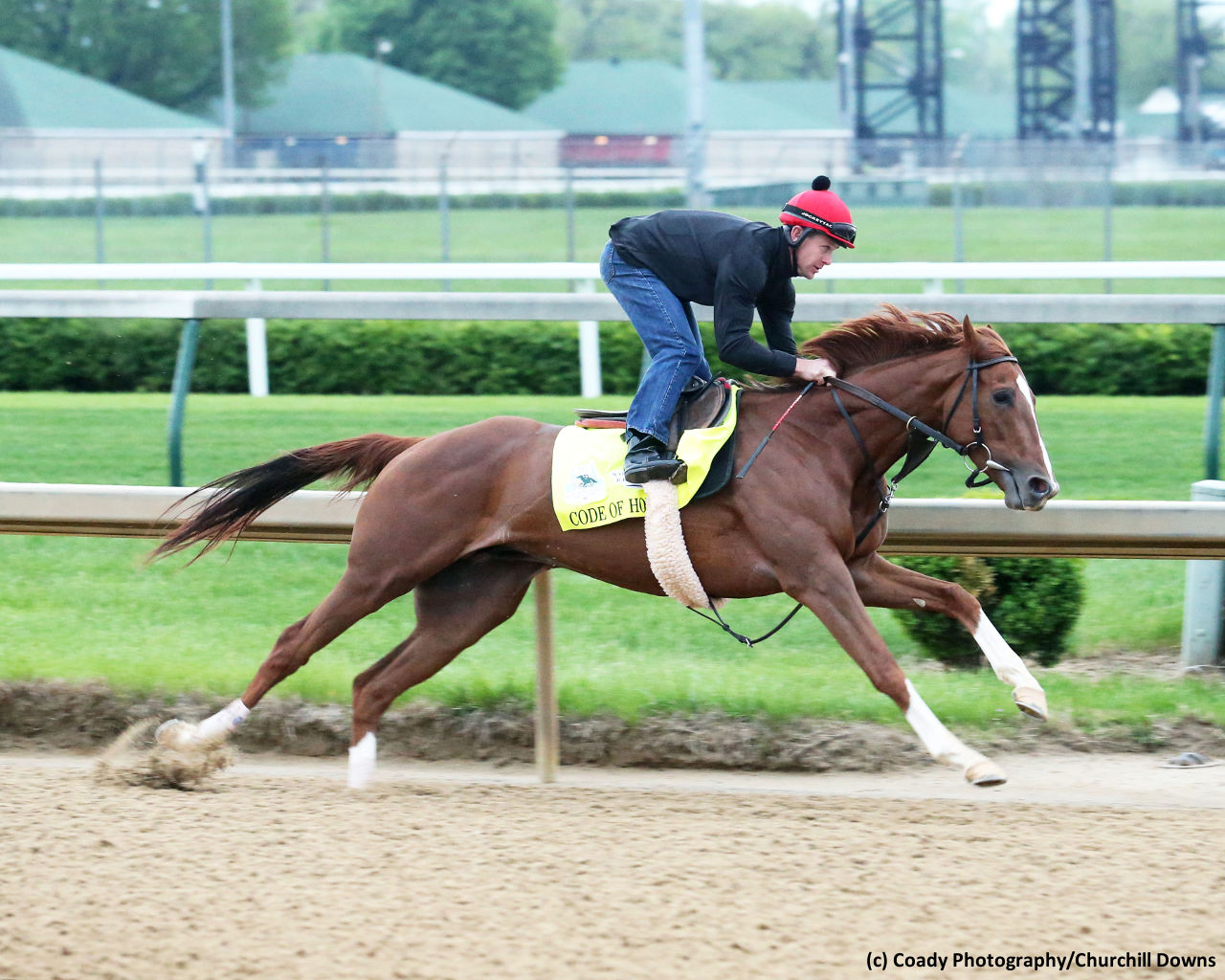 The Grade 2 winner has not been overly consistent this season, but he could be sitting on a huge effort on Derby Day. The grandson of Galileo ran much better than it appears on paper when third in the Florida Derby against the speed bias last time, and his works in the interim have been superb. It’s worth mention that John Velazquez leaves two others in the field to stay in the silks atop the colt. 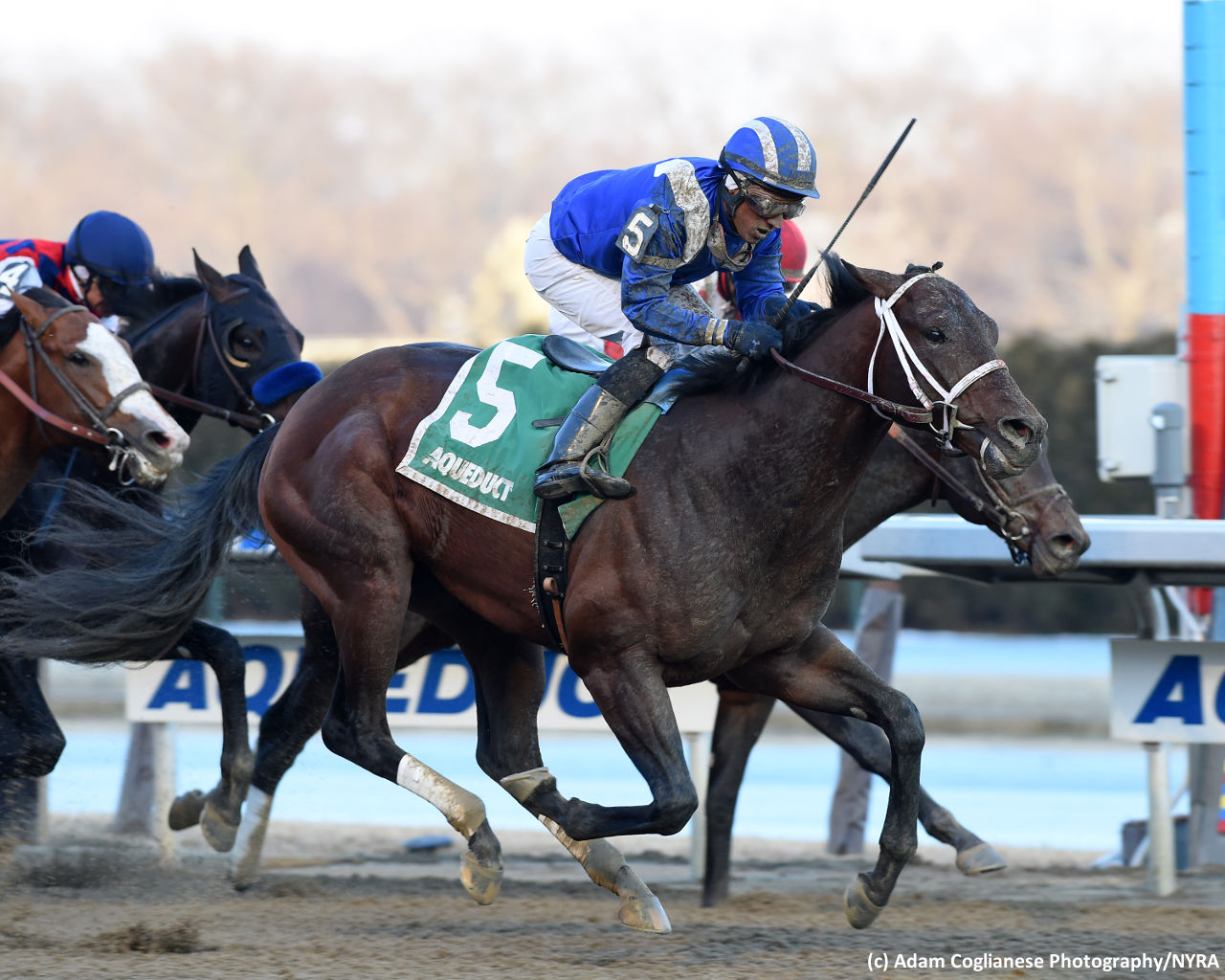 This one-run closer finished with energy from well back in the Wood Memorial Stakes (G2), which marked his two-turn debut. The Shadwell homebred will appreciate a robust and contested pace to set-up his superb turn of foot. The colt fired a bullet half-mile in :47 and change in his penultimate Kentucky Derby breeze at Belmont Park . 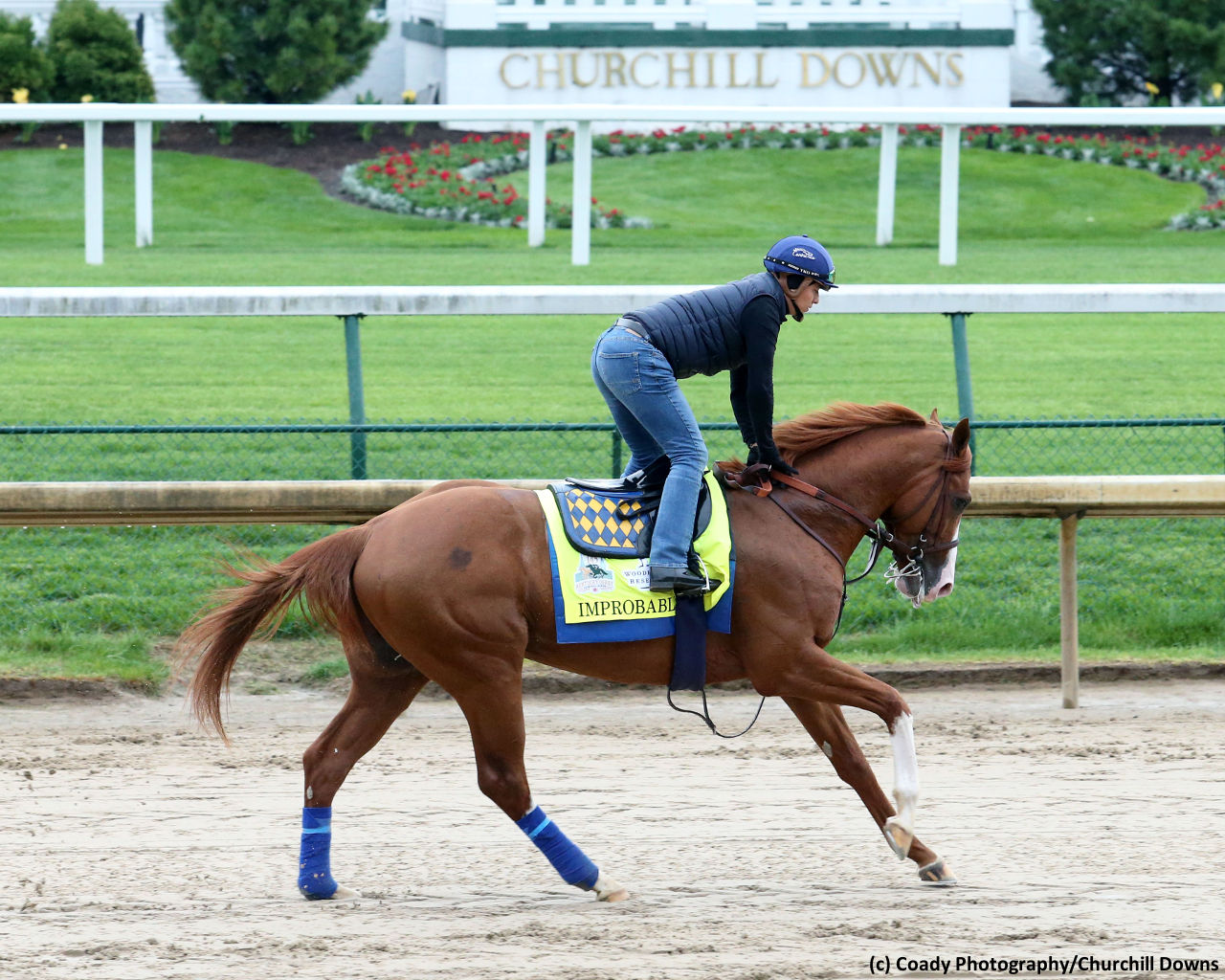 The consistently excellent Bob Baffert trainee was wide throughout in his one-length setback in the Arkansas Derby (G1) most recently. The Grade 1-winning colt has done very little wrong in his five races to date, and he was also a seven-length stakes romper in his lone race at Churchill Downs. The colt will be a formidable foe with expected improvement third time off the layoff. 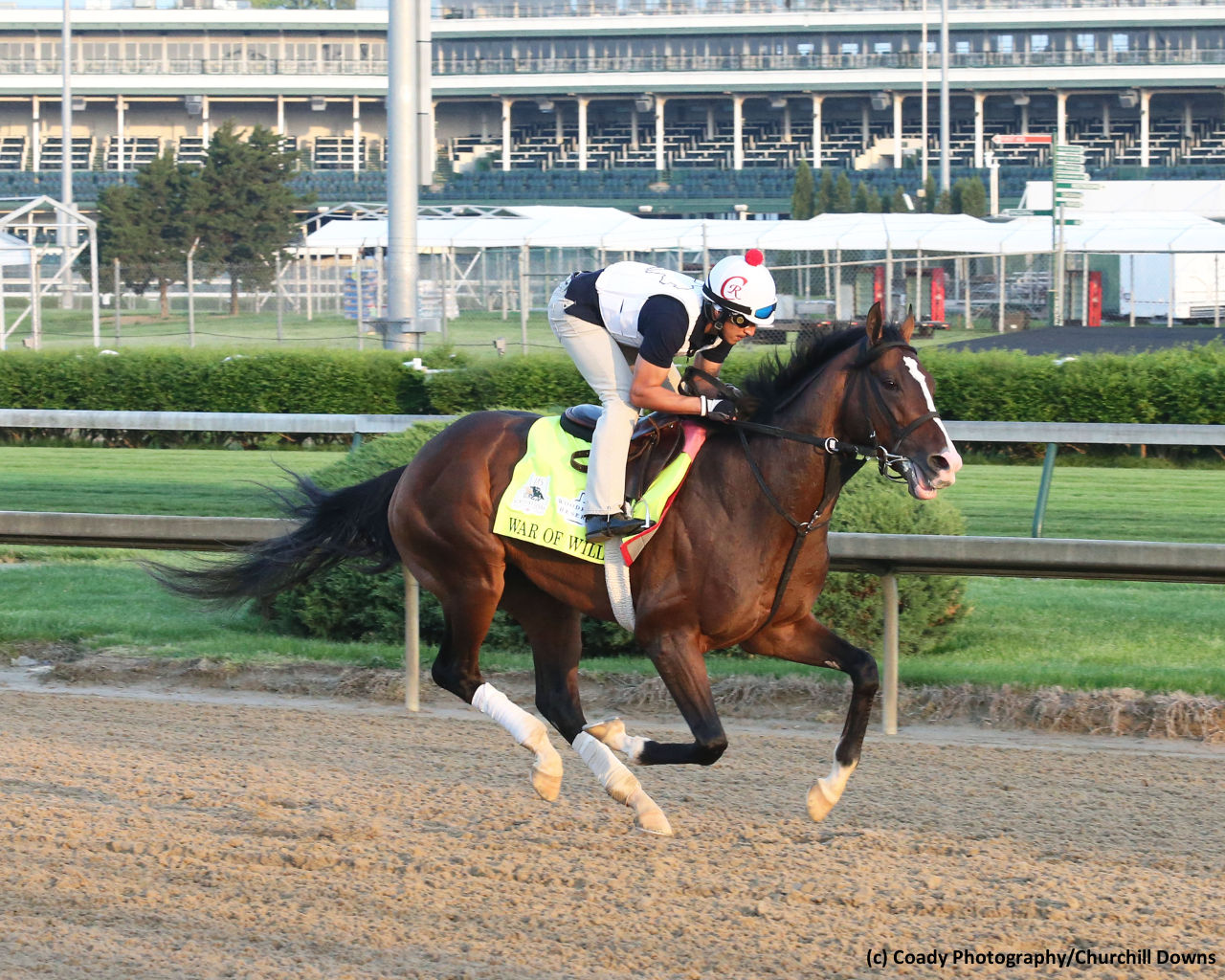 This contender appeared well on his way to be among the favorites for this race prior to a major hiccup in the Louisiana Derby (G2) when finishing a distant ninth. The son of War Front is tough to gauge currently, but he was electric during his three-race win streak, which began with a maiden romp at Churchill Downs. 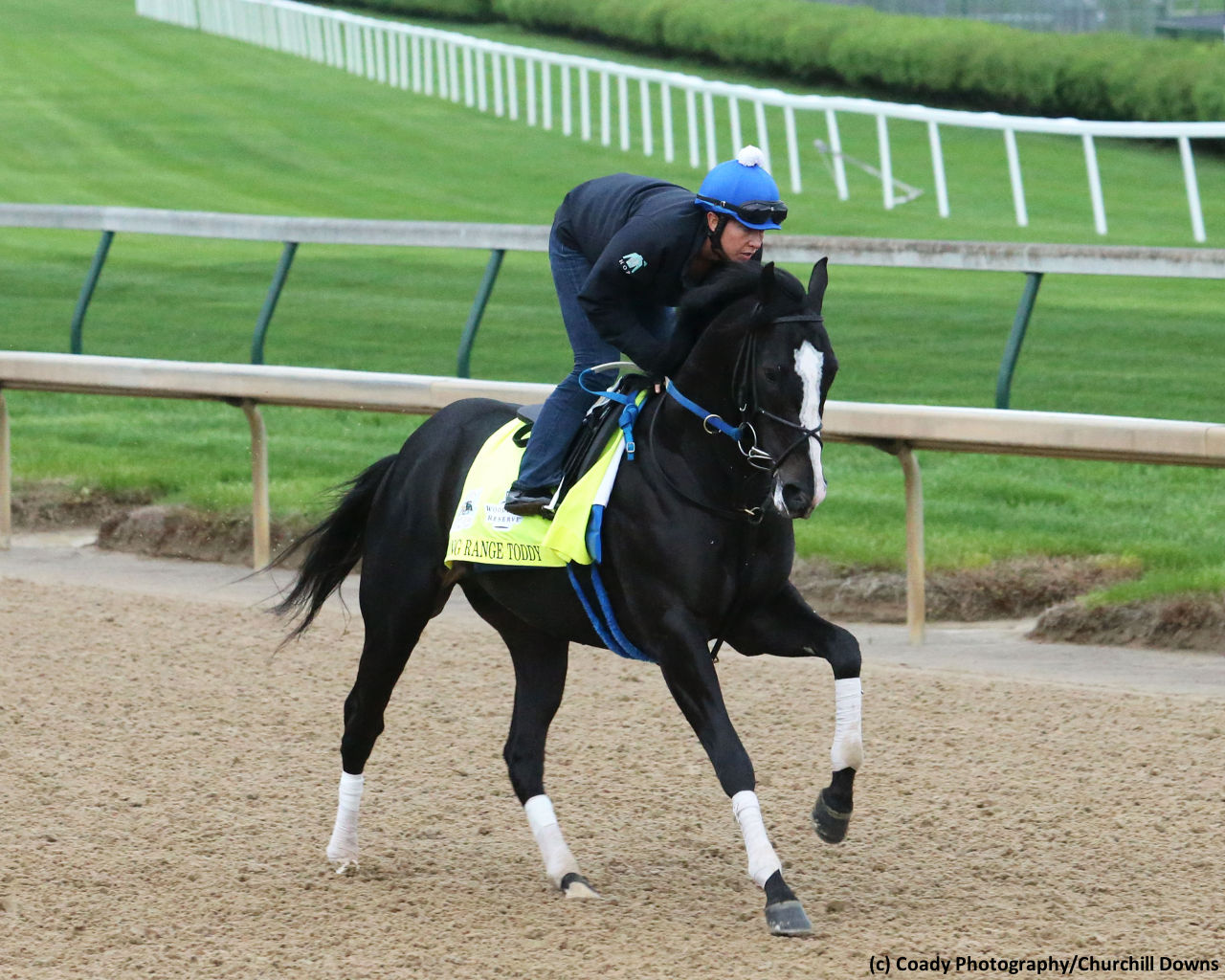 This contender had a very good spring until the Arkansas Derby (G1), when he faded in the stretch to finish 14 lengths in arrears. The dark bay colt had good form prior to his latest but now enters this race with multiple question marks. The Steve Asmussen trainee will have to prove his class in the Kentucky Derby. 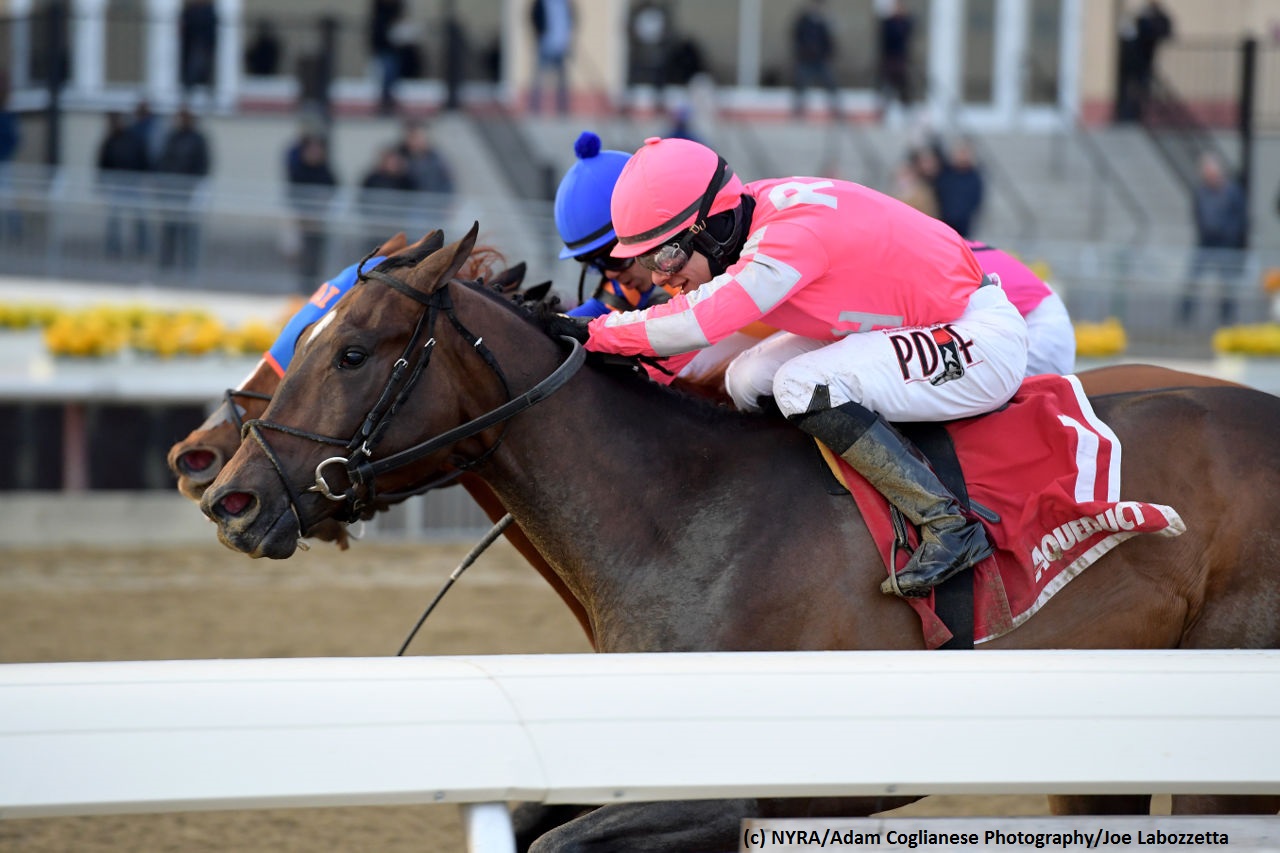 This former claimer has earned triple-digit BRIS Speed figures in three straight graded events since joining his new barn. The Danny Gargan trainee showed heart when a clear second in the Wood Memorial Stakes (G2) in what could prove to be an ideal Kentucky Derby prep race. The colt should thrive going 1 1/4 miles at a square price. 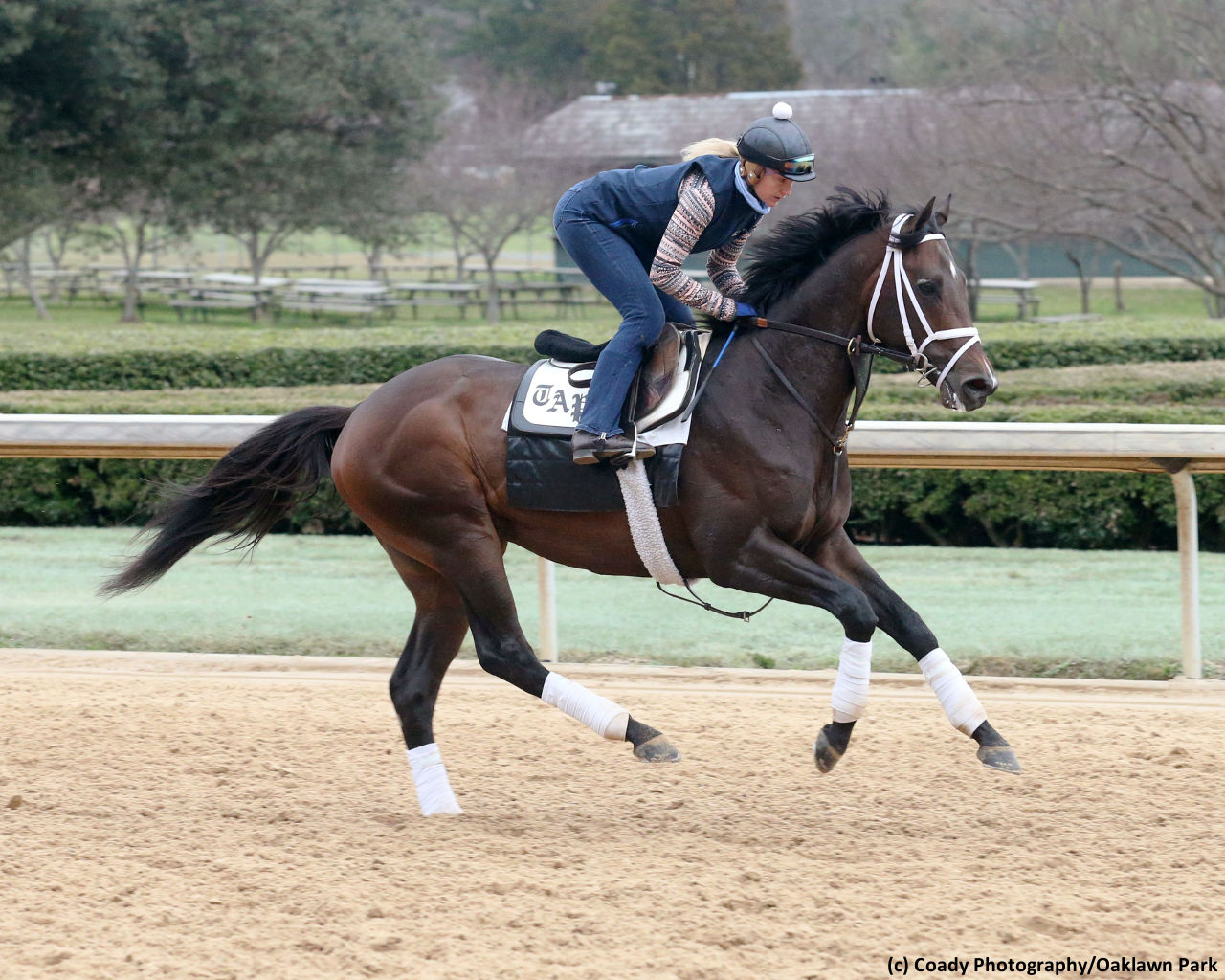 This son of First Samurai put in a strong closing run to win at Sunland Park, and he was flattered a bit when the horse he held off came back to run well in the Lexington Stakes (G3) at Keeneland. The Kentucky-bred was a sharp allowance second behind a nice colt in his 2019 debut and is training swiftly of late. He will have to prove his ability to handle 10 furlongs against a field of this class, though. 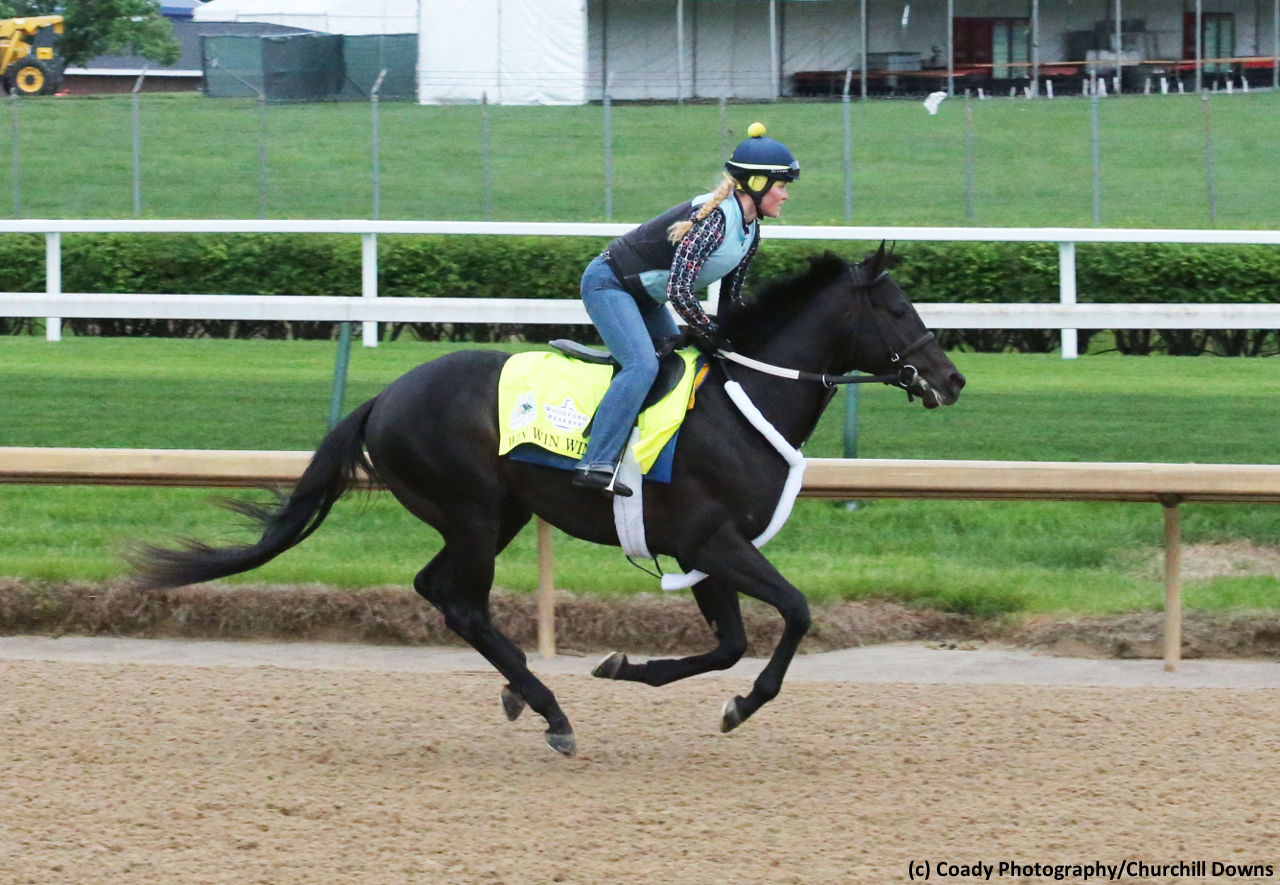 This dark bay son of Hat Trick was compromised by a poor start in the Blue Grass Stakes (G2) last out, but he made a visually impressive rally to garner place honors and punch his ticket to the Kentucky Derby. The Florida-bred colt reunites with jockey Julian Pimentel, who was aboard him for his initial four races. The grandson of Sunday Silence will need a lifetime best to be in the hunt late on Saturday. 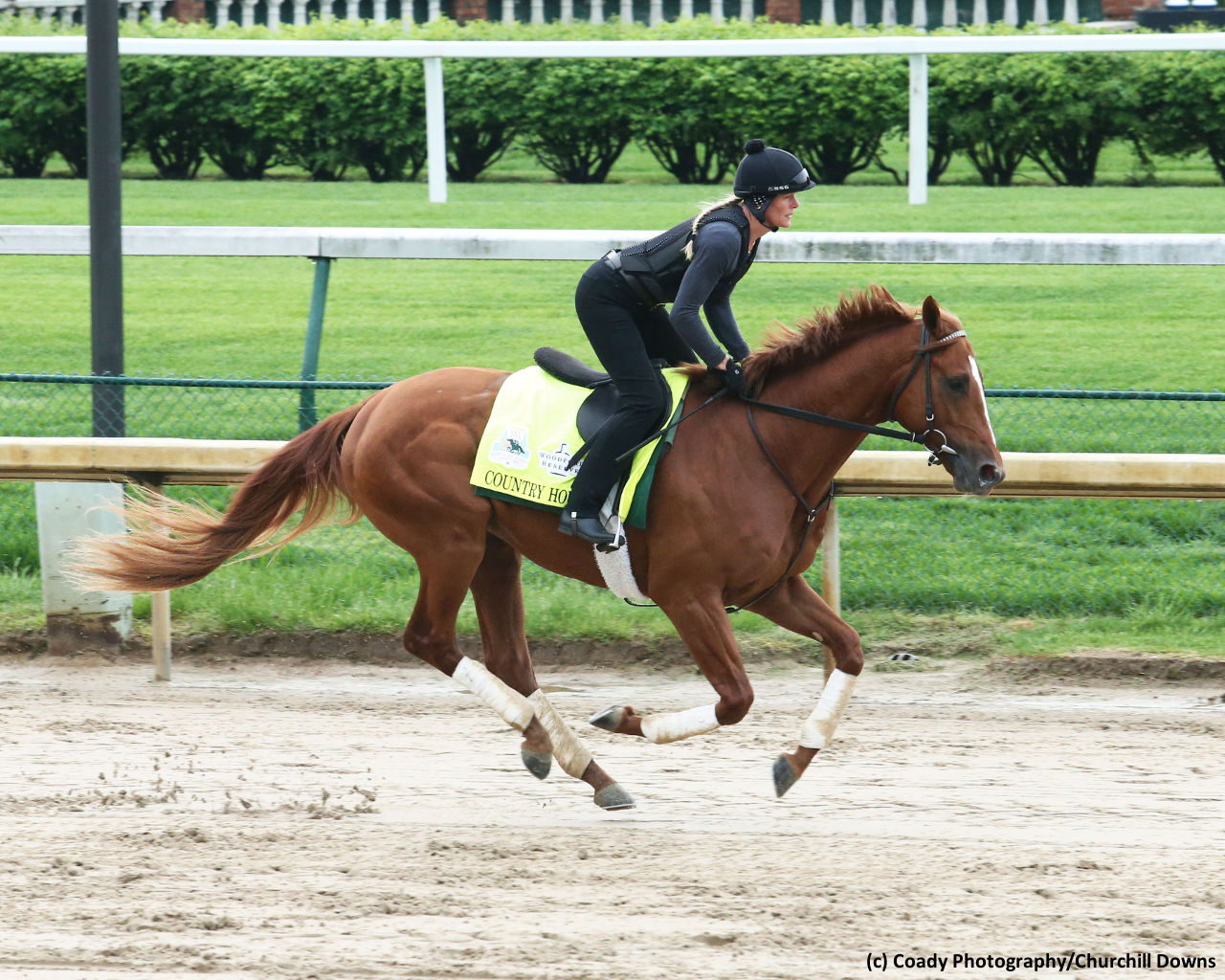 This consistent colt is the second of the Bill Mott-trained duo entered in the Kentucky Derby and should be as fit as any in the field. The late runner will need a swift early pace to challenge for the top prize, but he could rally for a piece at a big number with a healthy step forward. 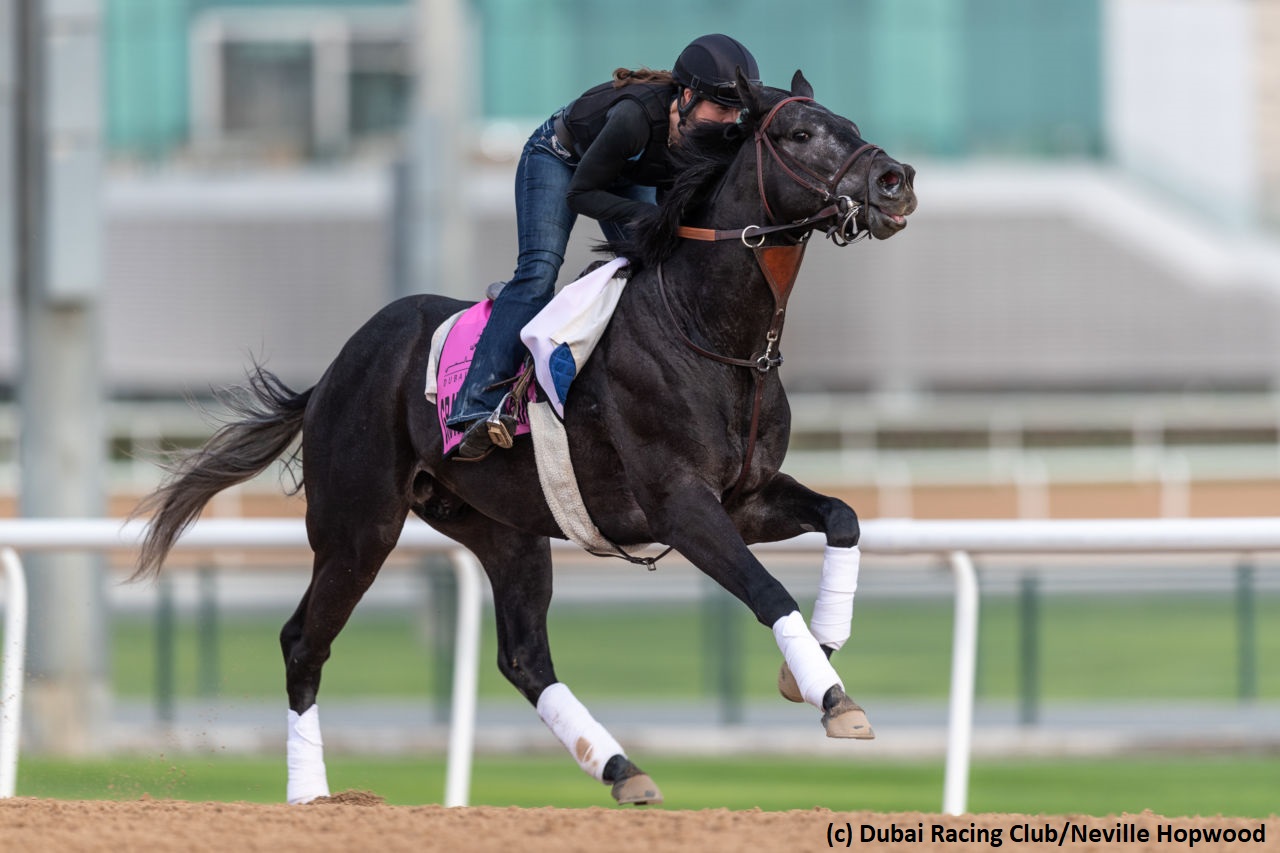 The U.A.E. Derby (G2) runner-up will make an ambitious Dubai-to-Kentucky turn around in just a five-week span for trainer Peter Miller. This gray colt has a questionable pedigree to thrive at 1 1/4 miles against this kind of cast and his class is in question, as well. The likely longshot will need a career-best effort to make the frame in the Kentucky Derby. 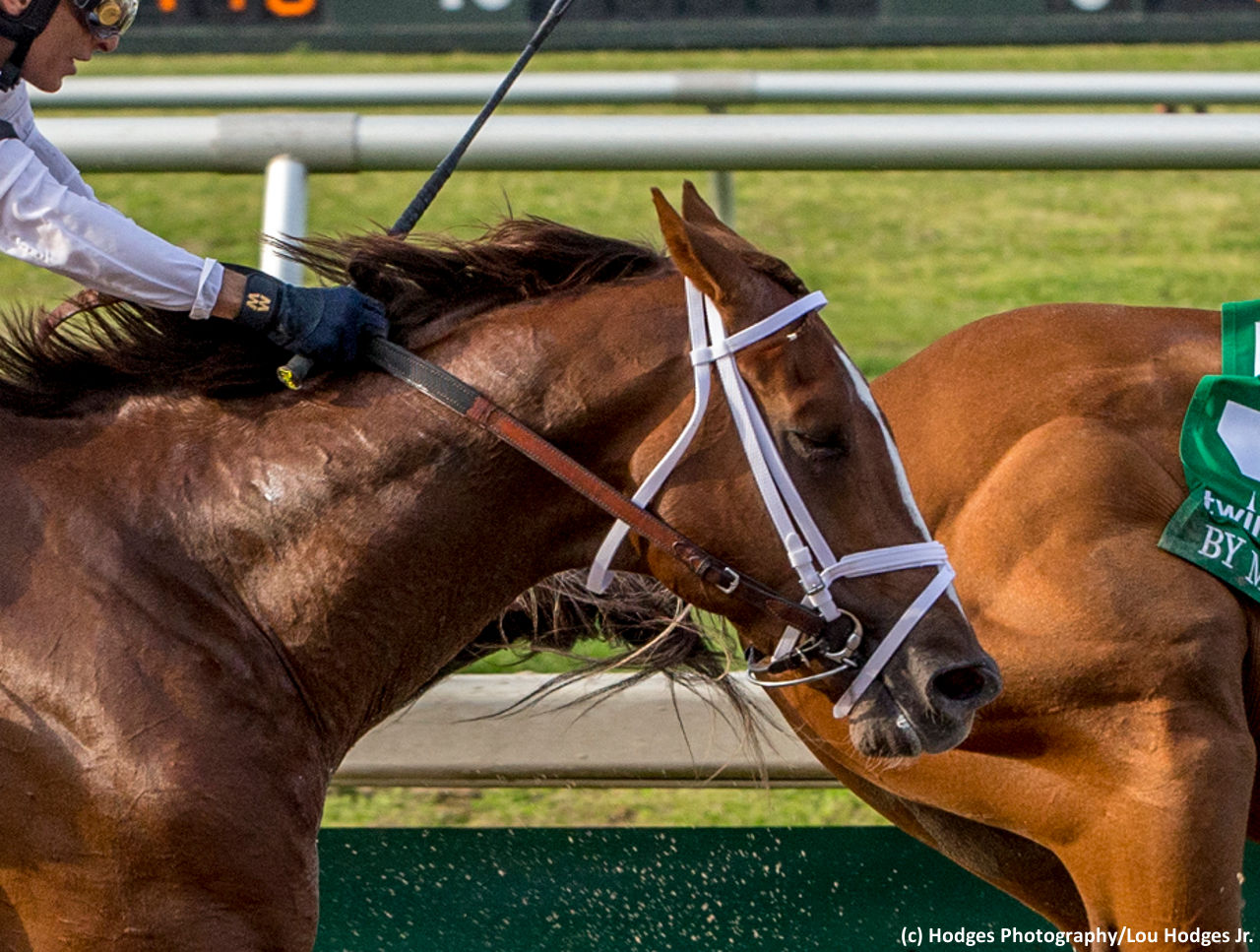 This well-bred sort opened up a good lead before being edged late in the Louisiana Derby (G2) most recently. The Hard Spun colt has improved with each career performance, and his 102 BRIS Speed figure is one of the best numbers in the field. This colt could be peaking in just his third outing since August, and he will offer very good value, too. 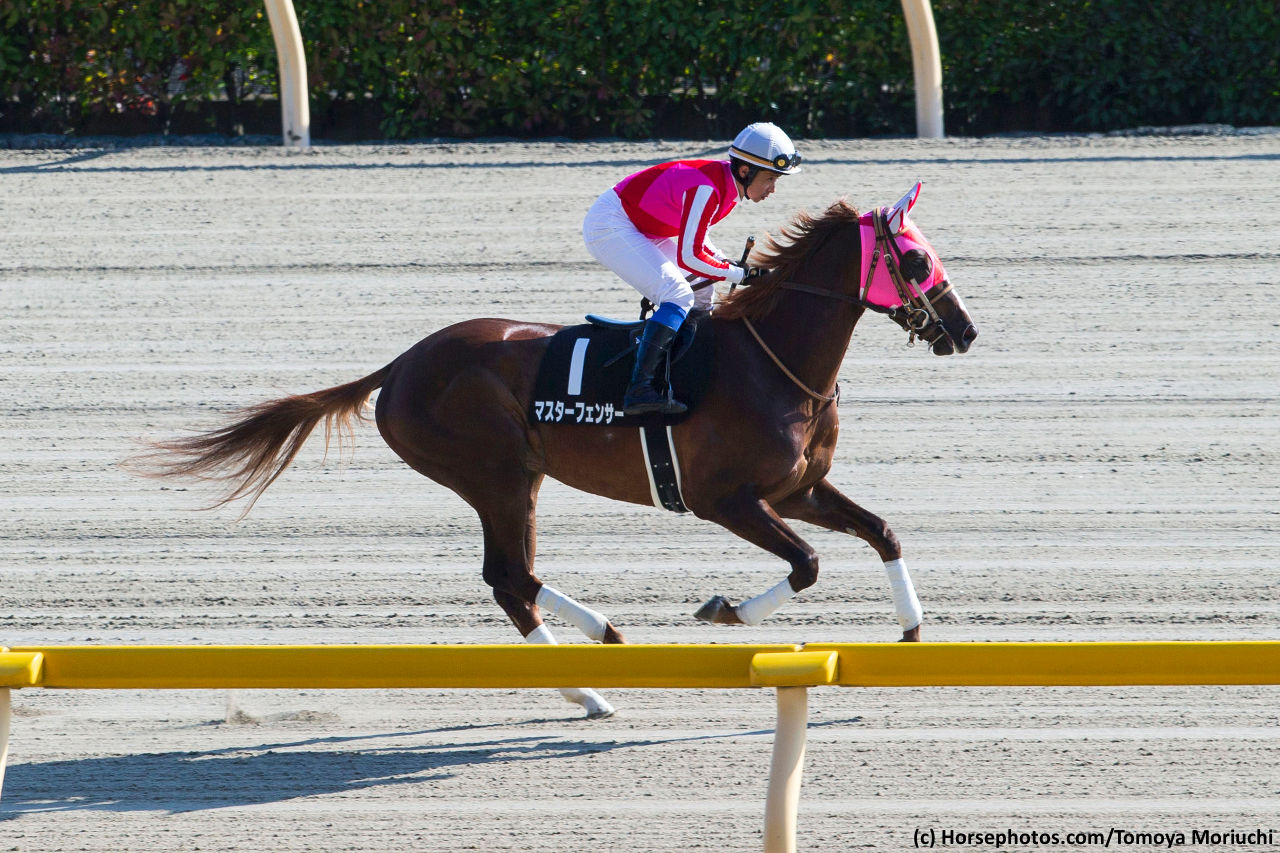 The Japanese invader showed a nice turn of foot on a few occasions this campaign but lands a very difficult assignment for his first trip to the United States. The colt is the first Japanese-bred runner to ever contest the Kentucky Derby, but he would be a huge surprise in this deep field. He is bred for the trip but is not even considered the best dirt performer in his native land. Enticing Julien Leparoux to take the reins is a major positive, however. 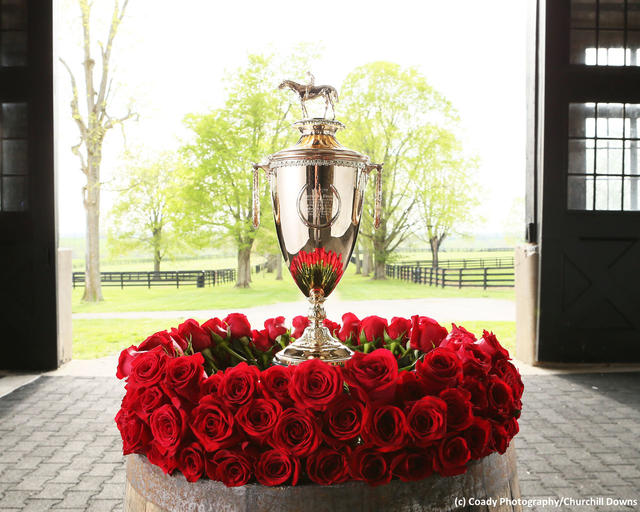