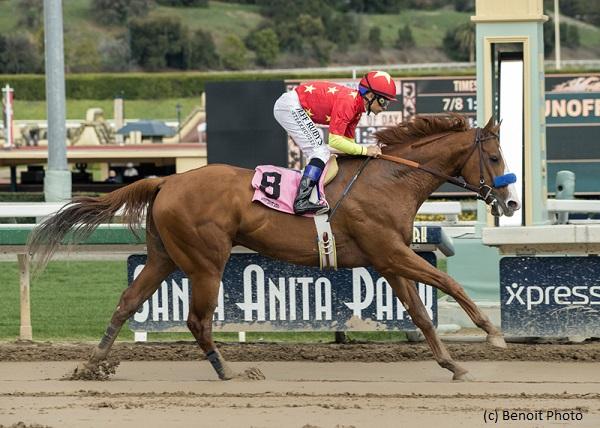 Justify has observers speculating upon possible greatness following a pair of scintillating wins over maiden and allowance rivals in his first two starts. Conditioned by four-time Kentucky Derby winner Bob Baffert, the imposing son of Scat Daddy wasn’t unveiled until mid-February and has posted excellent BRIS Speed ratings of 100 and 104 while scoring with the greatest of ease in advance of his much-anticipated stakes debut.

And despite a 136-year string of no unraced juveniles winning the Kentucky Derby, Justify was bet down to 6-1 individual favoritism in Pool 3 of the Kentucky Derby Future Wager (KDFW). Mike Smith retains the mount on the 4-5 morning line favorite.

Bolt d’Oro established himself as leading Kentucky Derby contender last year, recording outstanding wins in the FrontRunner (G1) and Del Mar Futurity (G1), and the Medaglia d’Oro colt opened his 3-year-old season with a victory in the March 10 San Felipe (G2) via disqualification. Owned and trained by Mick Ruis, Bolt d’Oro will receive his final tune-up for the May 5 Run for the Roses and provide a litmus test on Justify’s quality.

Instilled Regard is listed as the clear 5-1 third choice and will try to rebound for Hall of Fame conditioner Jerry Hollendorfer after finishing fourth as the favorite in the February 17 Risen Star (G2). The dark bay son of Arch logged a sharp win in the Lecomte (G3) at the New Orleans track two starts back and Joel Rosario picks up the mount. 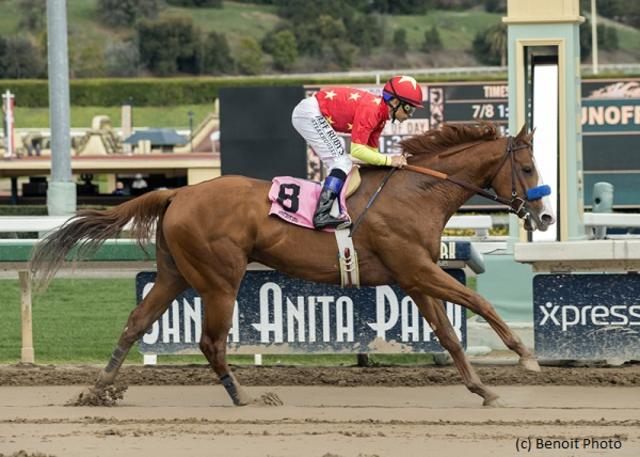