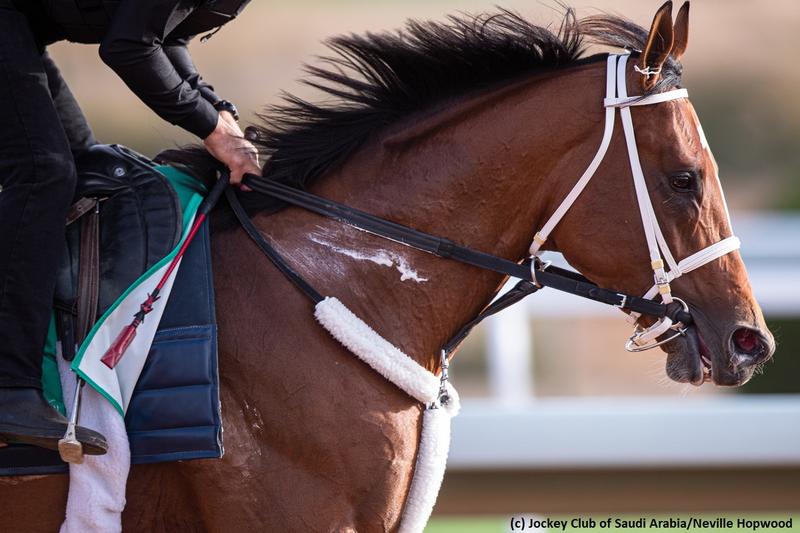 And he’s not the only veteran of the Triple Crown trail among the international cast. Tacitus, a 2019 Kentucky Derby (G1) rival, and Gronkowski, runner-up to Justify in the 2018 Belmont (G1), are lining up along with two Bob Baffert trainees who prospered after missing the classics, McKinzie and Mucho Gusto. The about 1 1/8-mile prize also features champion distaffer Midnight Bisou, third in the 2018 Kentucky Oaks (G1).

Maximum Security, the 5-2 morning-line favorite, has been pleasing trainer Jason Servis since his arrival.

“He didn’t seem to be blowing much when he came off the track after going a mile in 1.59.73,” Servis told thesaudicup.com regarding a characteristically easy exercise on Wednesday. 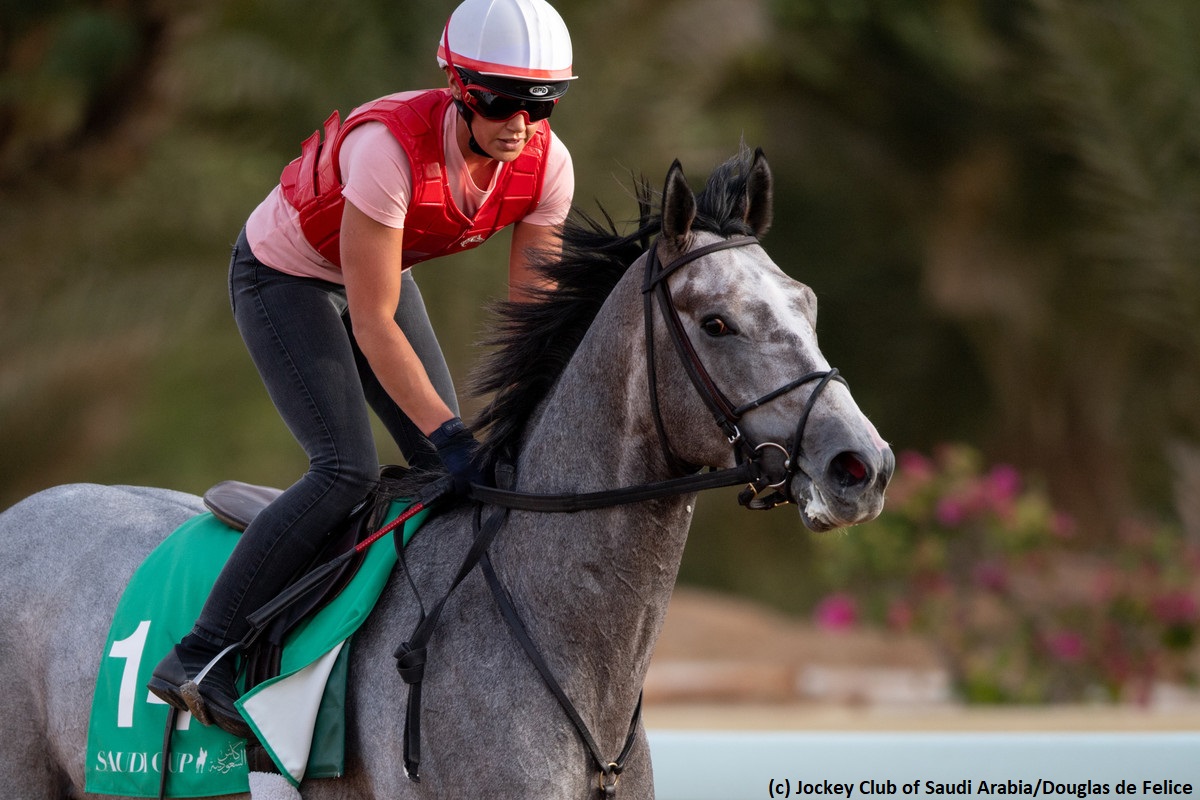 Tacitus, placed third in the Kentucky Derby after Maximum Security was disqualified, has not won since last spring’s Wood Memorial (G2). But the Bill Mott trainee collected a series of minor awards in the Belmont, Jim Dandy (G2), Travers (G1), and Jockey Club Gold Cup (G1) in his latest on Sept. 28. Taking to the Saudi surface well, the gray turned in a fast 3-furlong work on Tuesday.

“He went in a pretty snappy time of 35 seconds with a gallop-out of :48 3/5,” the trainer’s son-cum-assistant Riley Mott said. “He looked like he was just galloping through the stretch. It didn’t seem he was going that fast but good horses will do that. He’s generally not that aggressive of a work horse and he was by himself. Given those factors it was very impressive.

“He seems to get over the track very well. When the horse gets over it, he doesn’t seem to be ‘spinning his wheels’ or struggling. It seems like a good surface as far as I can tell.”

Jose Lezcano picks up the mount from Tacitus’ regular jockey, Jose Ortiz, who is sidelined with a wrist injury. Because he is a homebred for Saudi Prince Khalid Abdullah's Juddmonte Farms, Tacitus is listed as a representative of the

Baffert commented that McKinzie and Mucho Gusto were likewise handling the track nicely.

“They shipped well,” the Hall of Famer said. “They’ve done well. No negatives at all they look healthy and happy. McKinzie looked pretty sharp (this morning). We stood him the gate. The track’s (surface) is pretty nice. They’re both getting over it pretty well.”

Mucho Gusto, runner-up to Maximum Security in the Haskell Invitational (G1), looked like a different animal when dominating the Pegasus World Cup (G1) in his latest. 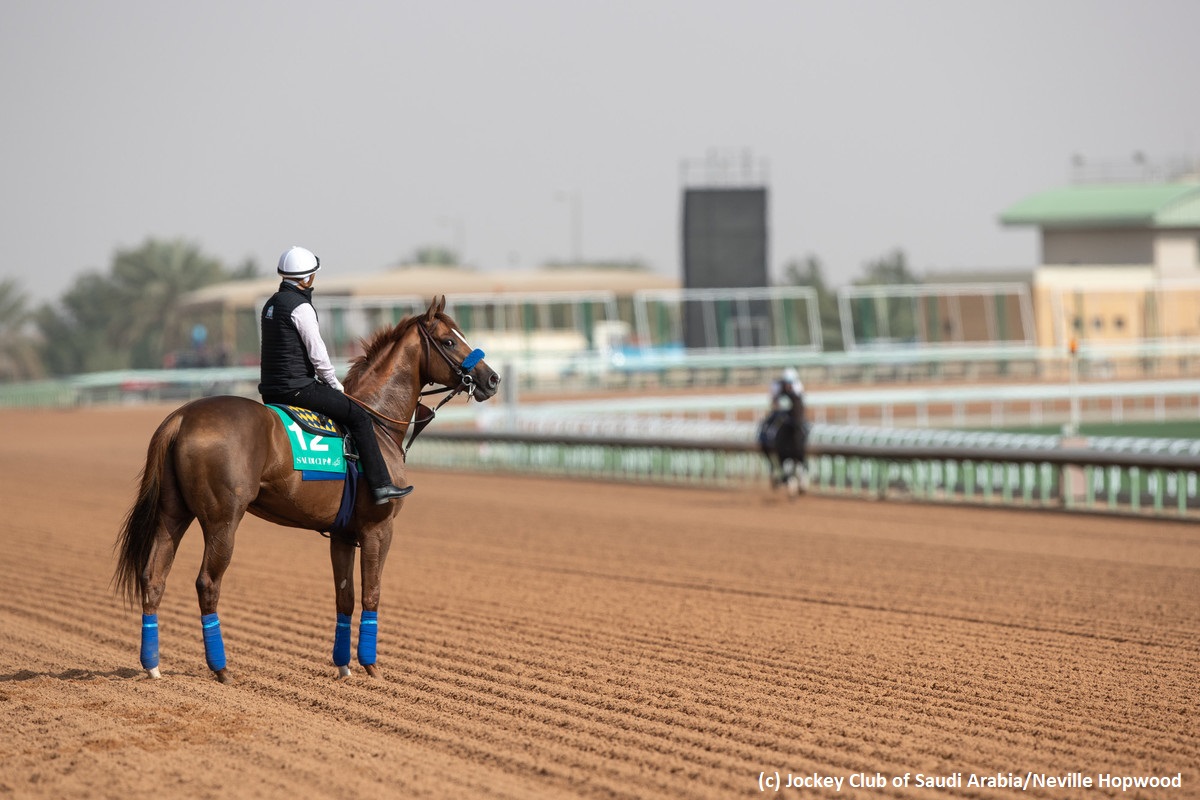 “Mucho Gusto has really changed a lot,” Baffert observed. “These last three months I’ve seen a big change in him. He’s filled out. He’s just changed for the better. You could tell from that last work right before the Pegasus Cup Invitational – a light went on in him, the way he ran. He’s always shown up. He’s always run hard. He’ll be right there.”

Older stablemate McKinzie had been one of the leading players on the 2018 Derby trail until he was sidelined. The son of 2007 Derby champion Street Sense went on to win such major events as the Pennsylvania Derby (G1), Malibu (G1), and last summer’s Whitney (G1) at Saratoga. Most recently second in the Breeders’ Cup Classic (G1), McKinzie is likely at his best at this furlong-shorter distance. 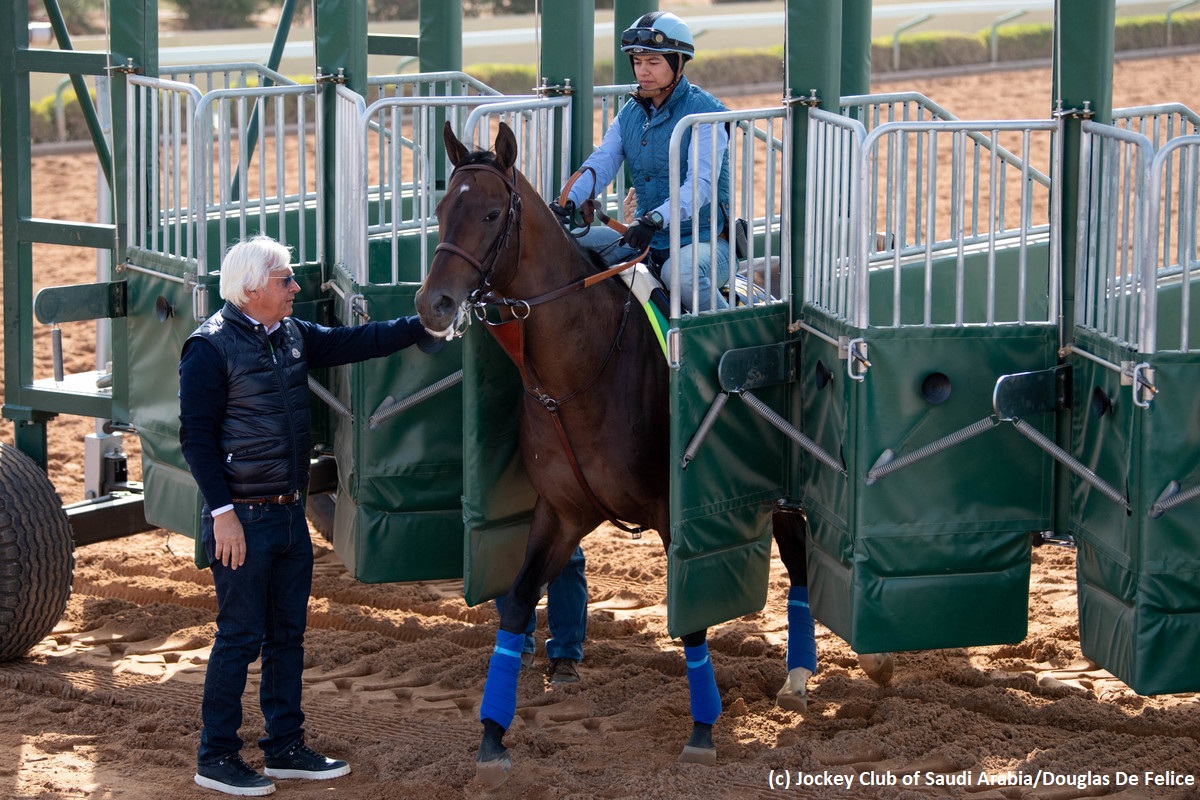 “We just let him open up through the lane (on Tuesday) – Mucho Gusto did the same thing. Just to get their blood flowing.”

Mucho Gusto will break from post 8 with Irad Ortiz Jr., and McKinzie is right alongside in post 9 with Joel Rosario.

“The two biggest advantages for our filly is the track configuration – the one-turn mile and an eighth really was intriguing to us,” Bloom said, “and there’s very little kickback on (the track) and that should be of value to our filly” considering her closing style.

“We’ve always felt she’d be up to the challenge of facing the boys and when we decided to keep her in training it was a no-brainer,” Bloom said. “There’s a $20 million ticket out there and let’s go ahead and take that chance.” 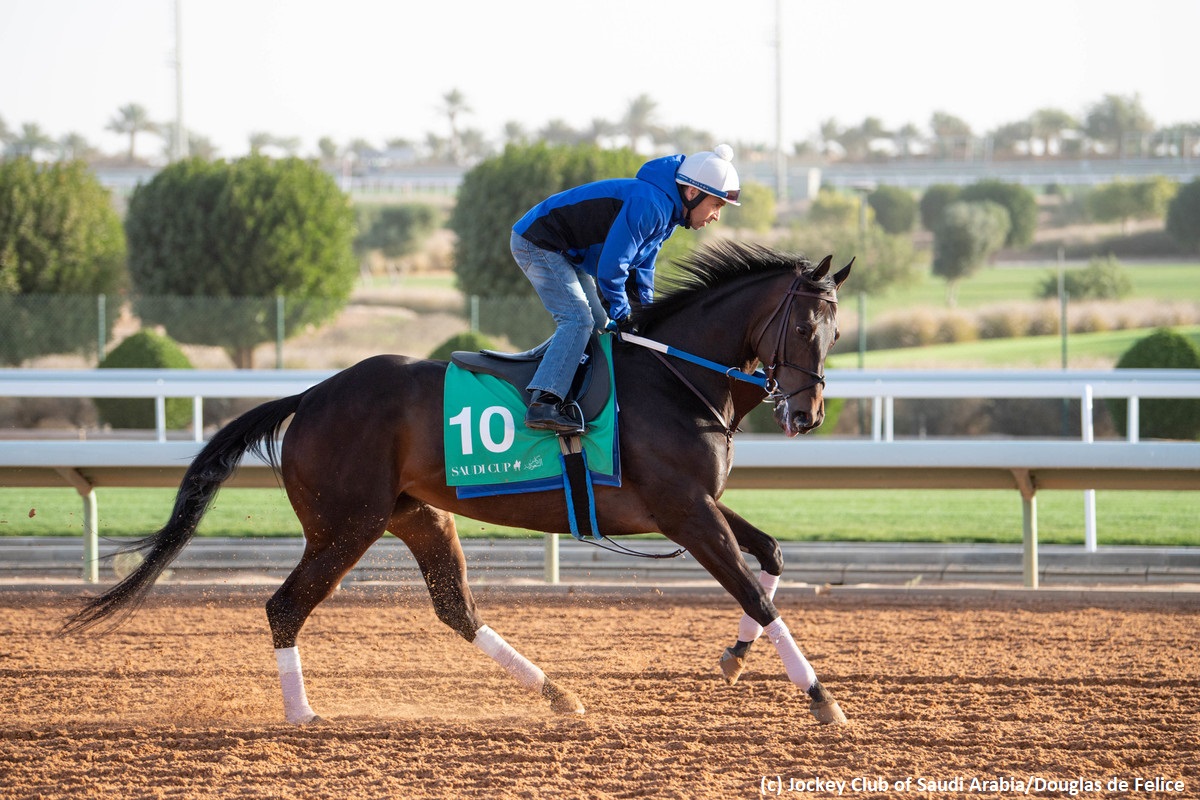 Hall of Famer Mike Smith pilots Midnight Bisou, who wasn’t best suited by Santa Anita when second as the favorite in the Breeders’ Cup Distaff (G1). That was the Steve Asmussen mare’s only loss in an eight-race 2019 campaign.

The American shippers will compete against several Dubai Carnival stars – Gronkowski, now based in the United Arab Emirates, was nipped by Thunder Snow in the 2019 Dubai World Cup (G1); Godolphin’s Benbatl, second to Winx in the 2018 Cox Plate (G1), comes off a smashing dirt debut at Meydan; and pace players North America and Capezzano contribute to the early mix. Japan’s unbeaten champion dirt horse Chrysoberyl, compatriot Gold Dream, and Aidan O’Brien’s dirt debutante Magic Wand add to the global dimension, while the Saudi-trained hopes are Great Scot and Mjjack.

Post time for the Saudi Cup is 12:40 p.m. (ET), and the Saturday action gets underway with a $1 million turf race at 8 a.m. Full previews of the Saudi Cup and its supporting races are available at Brisnet.com, which also offers free international past performances. You can watch, wager, and find more analysis at TwinSpires.com. 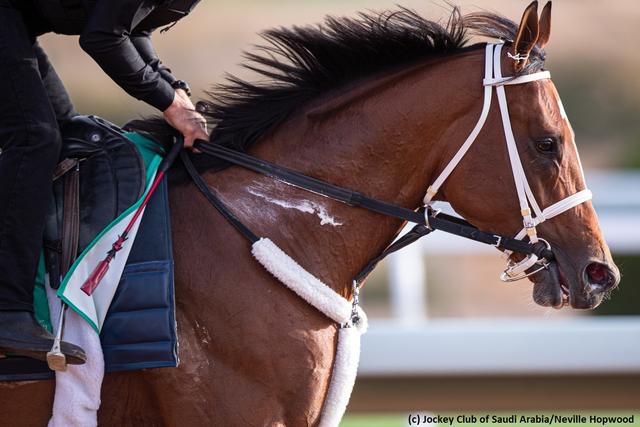