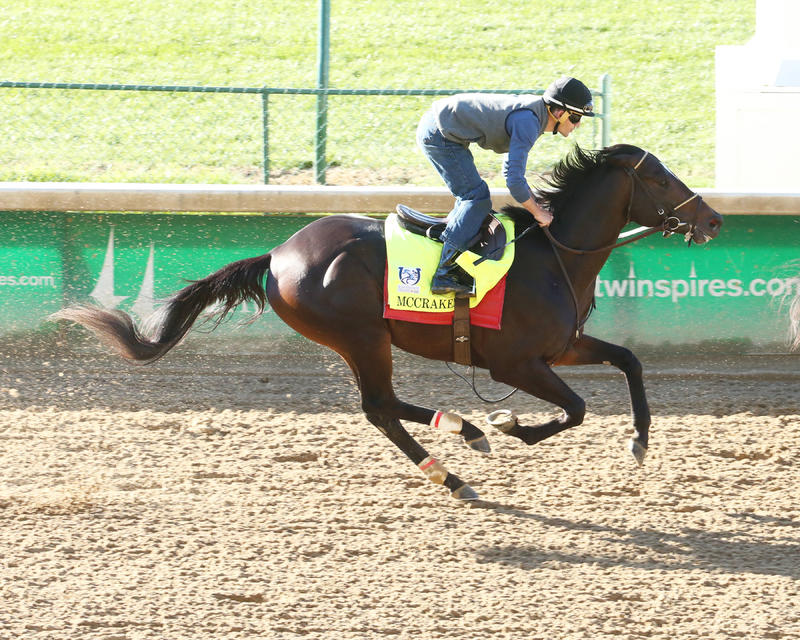 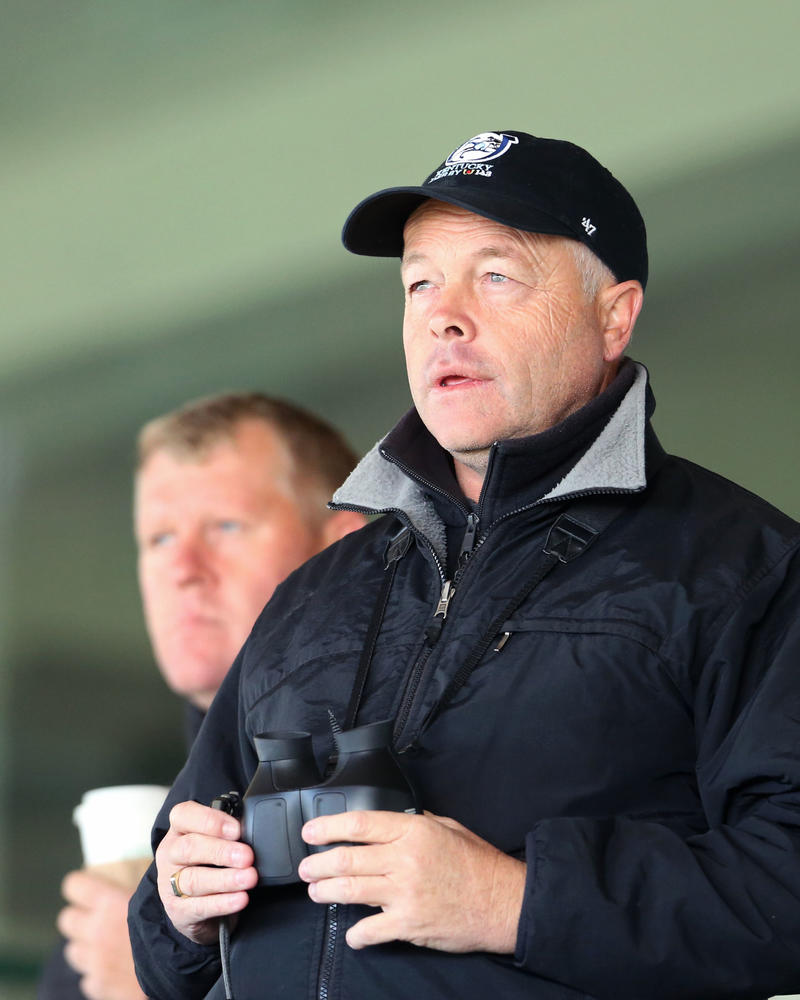 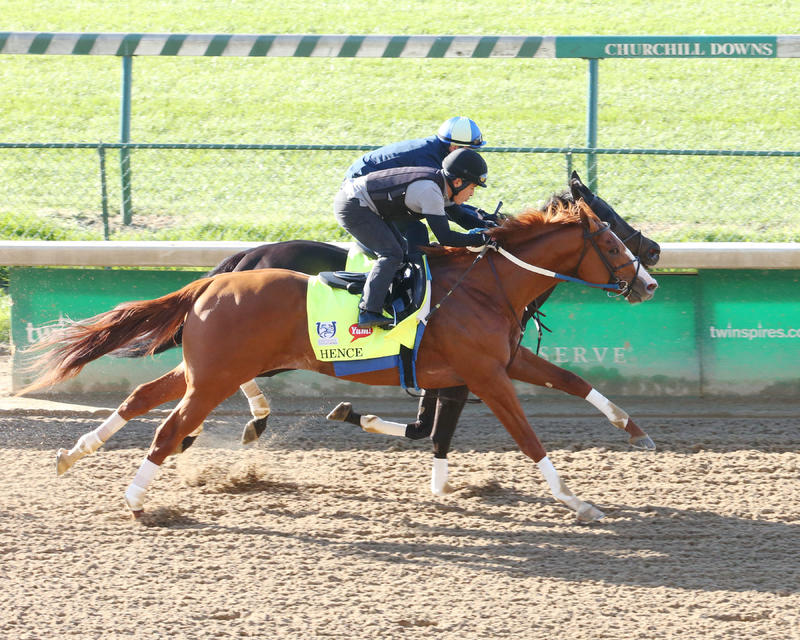 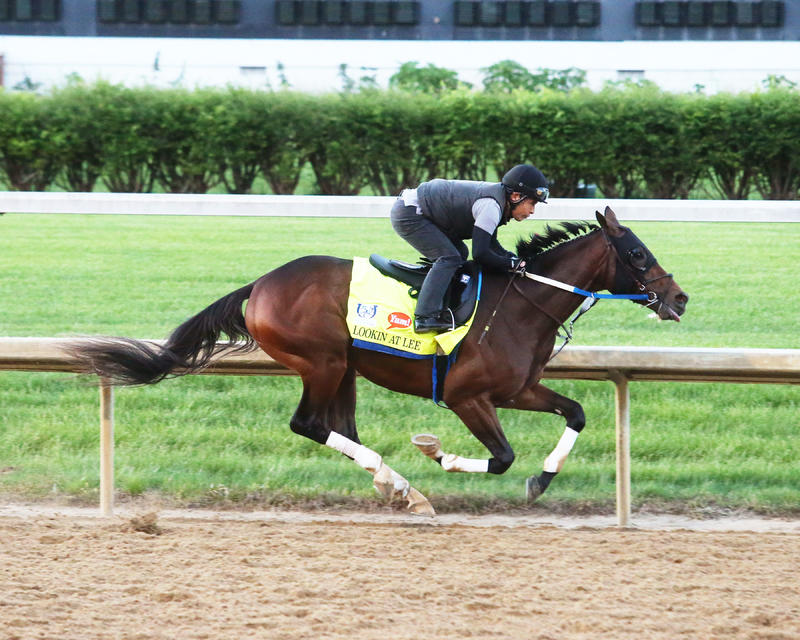 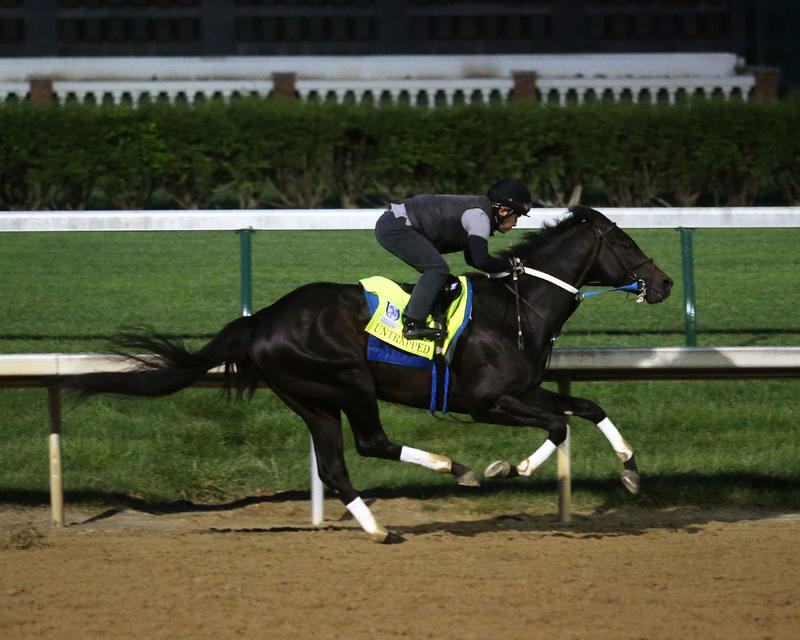 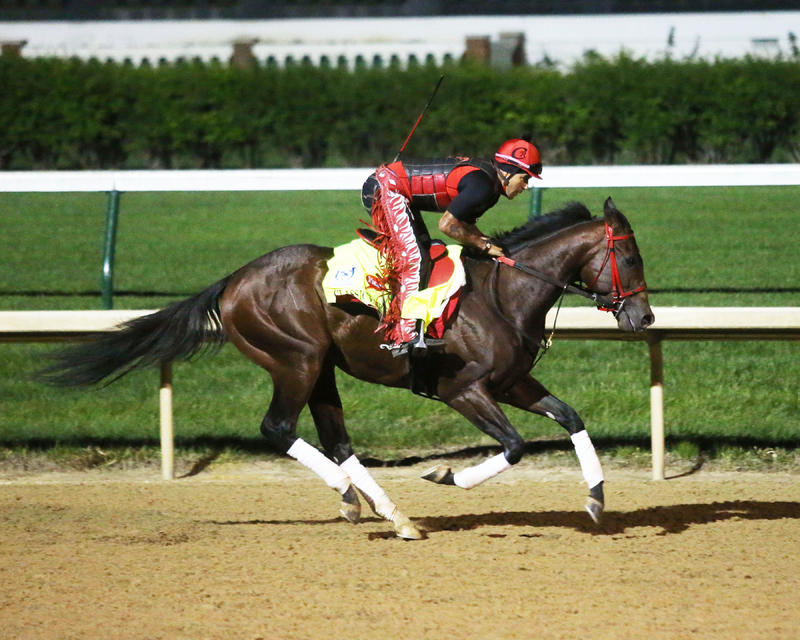 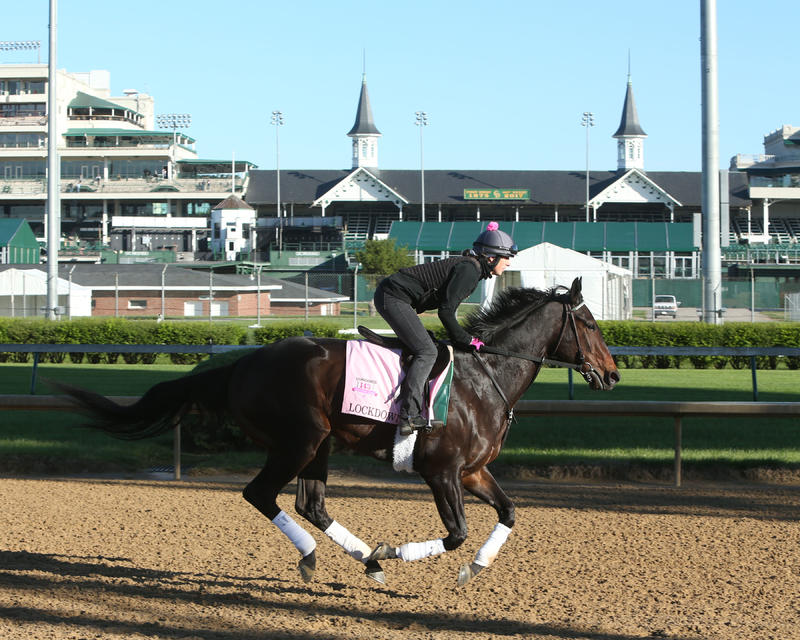 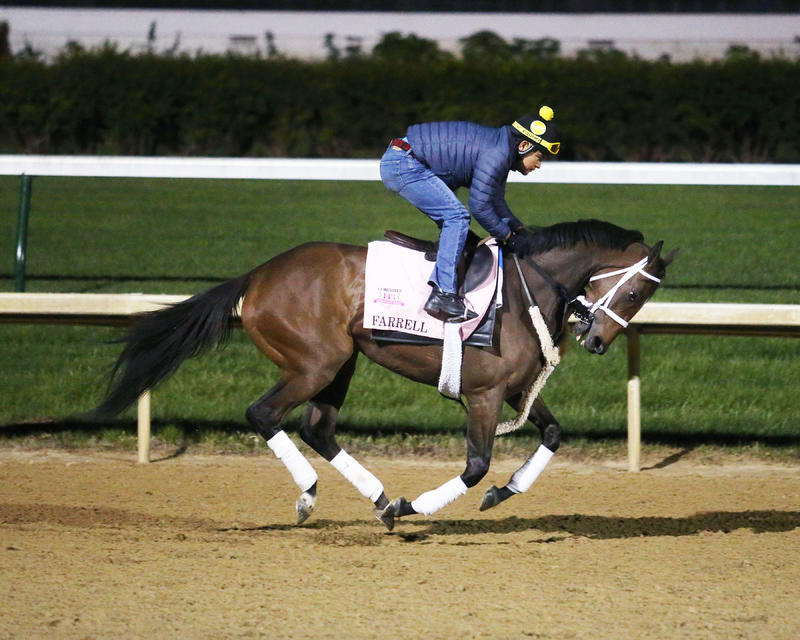 Whitham Thoroughbreds’ McCracken turned in his penultimate workout for Kentucky Derby 143 by working five furlongs in 1:00.60 in company on a sunny Monday morning at Churchill Downs.

With regular rider Brian Hernandez Jr. aboard, McCraken came on the track at 8:30 during the special training window for Kentucky Derby and Oaks horses.

“Everything went great,” Hernandez said. “He sat back and didn’t go until I asked him. He made up a lot of ground from the eighth pole to the wire.”

It was the second work for McCraken since finishing third in the Blue Grass Stakes (GII) at Keeneland on April 8; his first defeat in five races.

“Before, he was like the football player in high school beating up on the high schoolers and then he gets to college where the talent is deeper and he might not be as tough as he thought,” Hernandez said. “Now I’m going to start paying attention.”

Trainer Ian Wilkes, preparing his first Derby starter after serving as the exercise rider for 1990 winner Unbridled and assistant to Carl Nafzger with Street Sense in 2007, was happy with the work.

“It was a good, solid work and he galloped out strong,” Wilkes said. “It (the gallop out) shows he had something left in the tank.”

Wilkes plans to give McCraken one more work with a date and distance to be determined.

“I am going to enjoy it,” Wilkes said of the Derby ride. “Take it one day at a time and don’t get in front of the horse. Let him take you there.”

“Hence and Local Hero put in a great work this morning,” Asmussen said. “I’m very comfortable with both horses being here at Churchill. I think the time they spent last year here shows.”

“It’s nine days off of Untrapped and Lookin At Lee’s Arkansas Derby, so we’re in a different point with both of them,” Asmussen said. “Untrapped went five-eighths and galloped good with the blinkers off of him. I thought he was too aggressive and pulled up into a face pace in the Arkansas Derby. His breeze today was beautiful. He’s such a gorgeous moving horse.”

“He’s on the outside looking in,” Asmussen said. “He just had an easy half-mile and went about his business.”

Hence, winner of the Sunland Derby (GIII), could give owner Calumet Farm a record-extending ninth win in the Derby.

“The race appears to be key, since the running of it,” Asmussen said. “I think from our perspective the horse has always had a lot of talent and he’s putting things together at the right time.”

Untrapped, who exits the April 15 Arkansas Derby (GI) with stablemate Lookin At Lee, recently took over the 20th spot on the Road to the Kentucky Derby Leaderboard with the defection of Cloud Computing. Lookin At Lee is on the bubble, needing one defection to make the field.

Jockey Julien Leparoux will have the mount for Classic Empire while Jose Lezcano is slated to ride State of Honor in the Kentucky Derby.

Workout plans are in flux for both horses who are stabled in Casse’s Barn 36.

Trainer Antonio Sano is scheduled to arrive in Louisville Monday and Gunnevera will go to the track in the morning.

PRACTICAL JOKE – Klaravich Stables and William Lawrence’s Practical Joke, runner-up in the Blue Grass Stakes (GII) in his most recent start, left Keeneland late Monday morning and arrived at Churchill Downs this afternoon. He is one of 12 horses trainer Chad Brown plans to have here through Derby Week.

EVER SO CLEVER – Clearview Stable’s Ever So Clever walked Monday morning following her breeze Sunday for trainer Steve Asmussen. The 3-year-old daughter of First Samurai won the April14 Fantasy (GIII) at Oaklawn Park and extended her record to 8-3-1-1 with $377,850 in earnings. She’s stabled in Barn 38.

The leading point earner on The Road to the Kentucky Oaks, Farrell is scheduled to work Wednesday or Thursday depending on the weather according to Catalano.

Trained by Mike Tomlinson, Jordan’s Henny worked a half-mile on a sloppy track in :50.20 on Saturday and will have one more work Saturday prior to the Oaks. Tomlinson said Joe Rocco would have the Oaks mount and be aboard for the work.

LOCKDOWN – Juddmonte Farms’ Lockdown, runner-up in the Gazelle (GII) in her most recent start, galloped after the renovation break under exercise rider Jo Lawson.

Jose Ortiz will have the mount in the Oaks.

Breen is scheduled to return to Churchill Downs on Wednesday. Paco Lopez has the Oaks mount.

DOWN THE STRETCH: Brad Grady’s Louisiana Derby (Grade II) winner Girvin was scheduled to work on Monday at Keeneland but instead jogged. Plans are in flux on when the colt will breeze. … Co-owner Debi Stull told Churchill Downs officials Sunday that It Tiz Well would not be running in the $1 million Kentucky Oaks (GI). 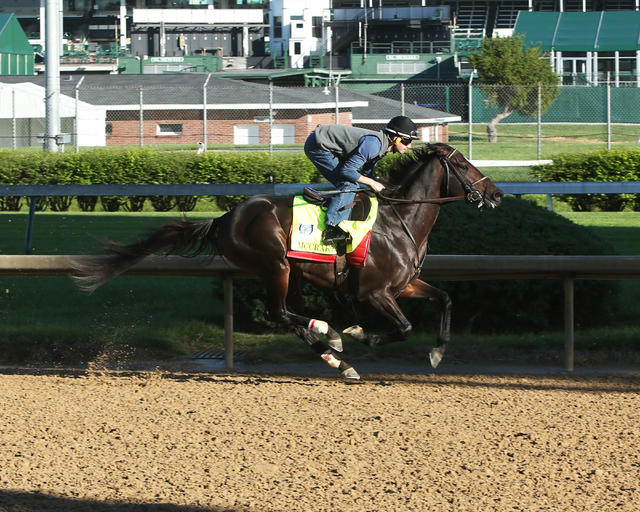