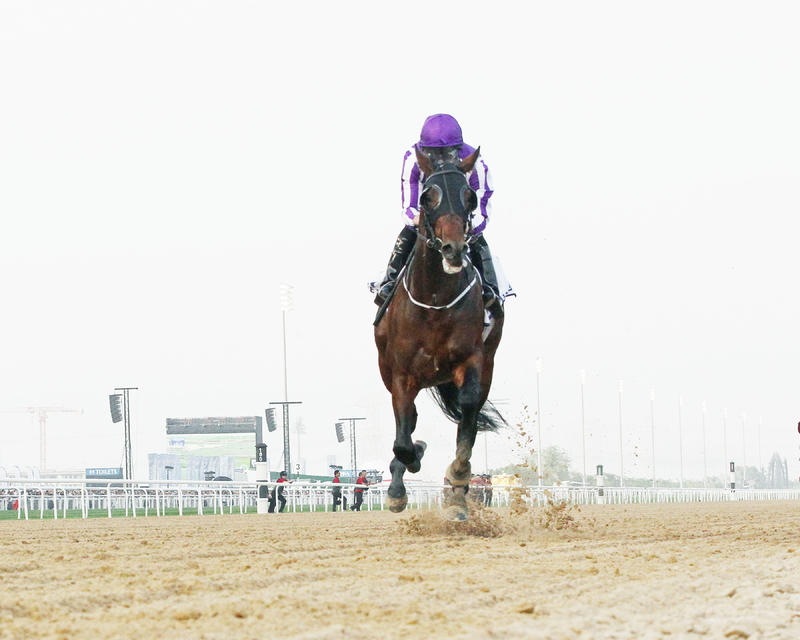 In one of the most lopsided performances in a Kentucky Derby (G1) prep in years, Mendelssohn punched his ticket to the May 5 Run for the Roses with an emphatic 18-length demolition of his rivals in the U.A.E. Derby (G2) Saturday night at Meydan.

The 9-5 second choice in U.S. pools, the Coolmore-owned son of Scat Daddy made the price look like a gift. On a night when the main track predominately favored front runners, jockey Ryan Moore sent the Mendelssohn to the lead and the colt never looked back. He completed about 1 3/16 miles over a fast track in 1:55.18, a new track record.

Finishing second was the filly Rayya, soon bound for Bob Baffert's barn in the U.S. and a possible Kentucky Oaks (G1) participant. She was three lengths ahead of the Steve Asmussen-trained Reride, coming off a score in the Mine That Bird Derby at Sunland Park. Gold Town, the 6-5 favorite, was fourth.

As part of the Road to the Kentucky Derby series, Mendelssohn earned 100 qualifying points and a spot in the Churchill classic. Rayya earned 40 points, Reride 20, and Gold Town 10.

Out of the Tricky Creek mare Leslie's Lady, thus making him a half-brother to four-time champion mare Beholder, Mendelssohn placed in the Dewhurst (G1) at Newmarket last fall and then shipped to Del Mar to capture the Breeders' Cup Juvenile Turf (G1) by a length as a lukewarm 9-2 favorite.

Mendelssohn prepped for this initial try on dirt, and first beyond a mile, in the Patton Stakes at Dundalk, Ireland, on March 9, a one-mile test on the all-weather which he won by three parts of a length.

"We are over the moon. He came forward lovely from his run at Dundalk a few weeks ago," trainer Aidan O'Brien said. "He is bred to handle the dirt, being by Scat Daddy. But that was an unbelievable performance.

"We weren’t sure how he would handle the distance but you have to say he saw it out pretty well! He is naturally quick and has a lot of tactical early speed. He did it the hard way, but he did it so easily. He is very well bred, he has a great physique and you can see why he cost the lads a lot of money at the sales.

"We will look forward to going to Kentucky with him now. He is a terrific horse, really very exciting."

Bred by Clarkland Farm in Kentucky, Mendelssohn sold for $3 million at the Keeneland September sale. 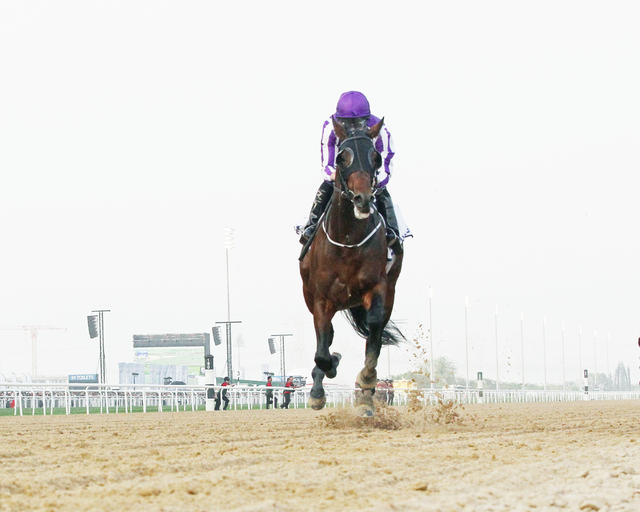