Despite being re-opened for entries after its transfer to Wednesday, the Patton S. at Dundalk features the same cast as originally drawn. Aidan O’Brien holds a strong hand in the European Road to the Kentucky Derby scoring race, won last year by his star Mendelssohn on the way to his UAE Derby (G2) blitz.

Not only does O’Brien send out three of the eight entrants, but he has the two highest rated contenders in Western Australia and Van Beethoven. They’re also the only Triple Crown nominees in the line-up.

The Patton had to be rescheduled because of a medical emergency that prompted cancellation of the remainder of the March 1 card. It now follows another European points race on Wednesday, the Road to the Kentucky Derby Conditions race at Kempton, which goes off at 2 p.m. (EST). The Patton’s post time is 2:15 p.m. Wednesday, and you can watch and wager on both at TwinSpires.com.

Like the Kempton race, the Patton is a one-mile test on a Polytrack surface, worth points on a 20-8-4-2 scale applicable on the European Road.

Western Australia, the early favorite, is the lone runner with points on the European leaderboard. Of course, he’s also the only one who’s competed in a scoring race. The son of dual classic champion Australia fought gamely to snare 2 points for finishing third in the Vertem Futurity Trophy (G1), but he was the 50-1 pacemaker that day. Indeed, Western Australia has been an outsider in all his previous starts. In keeping with his newfound status, he gets Ryan Moore in the saddle.

Stablemate Van Beethoven ranks as the 134-pound highweight, shouldering five extra pounds as the winner of last summer’s Railway (G2). Although he hasn’t run up to that level in his last three races of his juvenile campaign, there were extenuating circumstances. From the final crop of Justify’s sire, Scat Daddy, and related to 2015 Breeders’ Cup Distaff (G1) winner Stopchargingmaria, Van Beethoven is likely capable of a lot better. Donnacha O’Brien, the trainer’s son, has the ride as he stretches out to a mile.

Rounding out the Ballydoyle brigade is Albuquerque. The full brother to multiple Group 1 victor Rip Van Winkle broke his maiden October 23 at Gowran and keeps Seamie Heffernan aboard.

British trainer Archie Watson dispatches Barys, winner of both starts since adding blinkers, and recently successful in the Prix de la Californie over the Polytrack at Cagnes-sur-Mer. Manjeer is testing synthetic for the first time, but the John Oxx pupil upset a potentially useful maiden at Leopardstown October 27.

Playa del Puente is two-for-two at Dundalk for Michael Halford. Joseph O’Brien, Aidan’s son, is double-handed with Numerian and Colfer Me. They’re proficient at the track, but having taken turns beating each other in handicaps, must improve at this level. 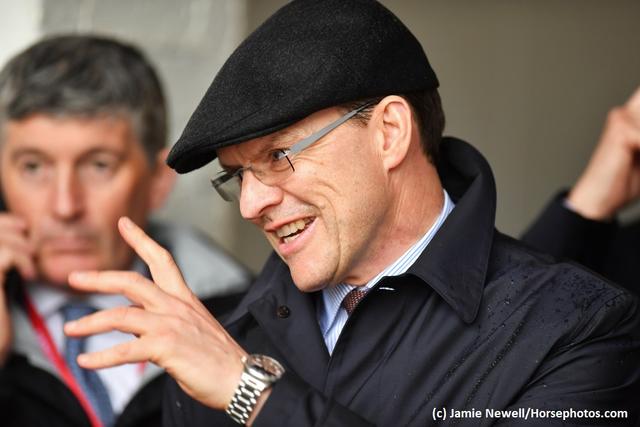