Pauline’s Pearl aims to step up in Fantasy 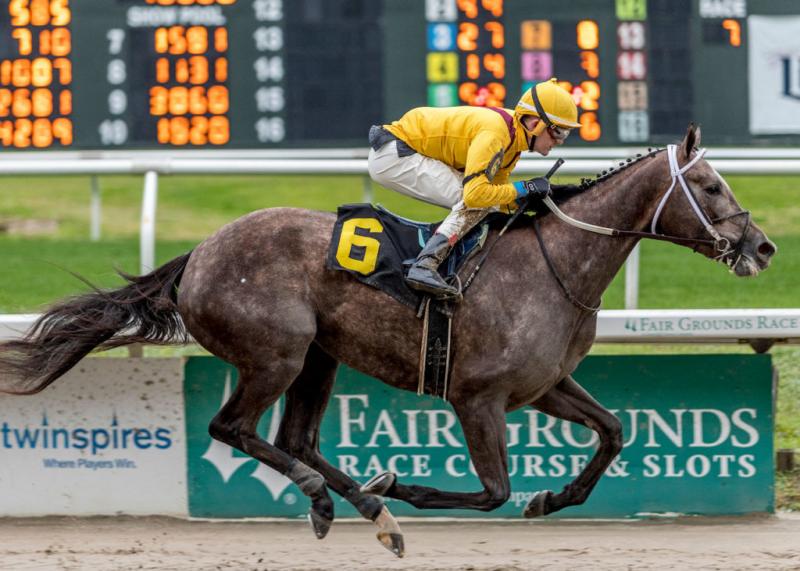 Saturday’s $600,000 Fantasy S. (G3) at Oaklawn Park could be described as a rematch from the March 6 Honeybee (G3) over the same 1 1/16-mile trip, but with a notable difference. The absence of Honeybee heroine Will’s Secret, who is pointing for the Ashland (G1) at Keeneland instead, opens the door for other Honeybee alumnae to step up on the Road to the Kentucky Oaks.

Foremost among them is Pauline’s Pearl, a rallying second in her Honeybee stakes debut, where she reduced Will’s Secret’s margin to three-quarters of a length. Trained by Steve Asmussen, the Stonestreet Stables homebred was coming off a 3 1/2-length maiden score at Fair Grounds, and her pedigree points to continued improvement.
Pauline’s Pearl is by Tapit and out of Grade 1 winner Hot Dixie Chick, who is herself a half-sister to 2017 Kentucky Derby (G1) victor Always Dreaming. Hot Dixie Chick has produced Grade 3-placed Union Jackson, twice a stakes scorer at the age of five.
Honeybee third Sun Path tried to challenge Will’s Secret before grudgingly giving way. The Brad Cox filly was turning in a much better effort than her previous start, when a disappointing fourth as the 7-10 favorite in the Jan. 16 Silverbulletday at Fair Grounds. A Juddmonte blueblood who had romped in her prior pair, Sun Path is a full sister to last year’s Fair Grounds Oaks (G2) vixen Bonny South.
Cox also sends out Coach, a troubled runner-up behind Will’s Secret in the Jan. 30 Martha Washington here but only fifth in the Honeybee. Coach has yet to return to her high level of juvenile form at Churchill Downs, as the winner of the Oct. 25 Rags to Riches and third-placer in the Nov. 28 Golden Rod (G2). That was a particularly key race, with Travel Column beating Clairiere.
Will’s Secret is not here partly because her connections – owner/breeder Willis Horton Racing and trainer Dallas Stewart – have another promising filly ready to try the Oaks trail. Royally bred Take Charge Lorin is a daughter of Tapit and the War Front mare Take Charge Tressa, who is in turn a full sister to 2019 Arkansas Derby (G1) star Omaha Beach. Take Charge Tressa is also a half-sister to 2014 Breeders’ Cup Juvenile Fillies (G1) champion Take Charge Brandi. The aspiring Take Charge Lorin needs to improve to join that club, as she just broke her maiden here Feb. 25 in her fourth attempt.
Sylvia Q, a tiring fourth in the Martha Washington after arguing the pace, came right back to capture an allowance for Philip Bauer. Ava’s Grace, third in last summer’s Adirondack (G2) at Saratoga, returned from a six-month layoff to finish third in a sprint allowance. The Robertino Diodoro pupil is eligible to move forward on the stretch-out. West Side Girl has won both starts since switching to Hall of Famer Jerry Hollendorfer, but at a lower level, and faces a serious class check.
Awarding points on the 100-40-20-10 scale to the top four finishers, the Fantasy is carded as the 11TH race (post time 6:54 p.m. ET). 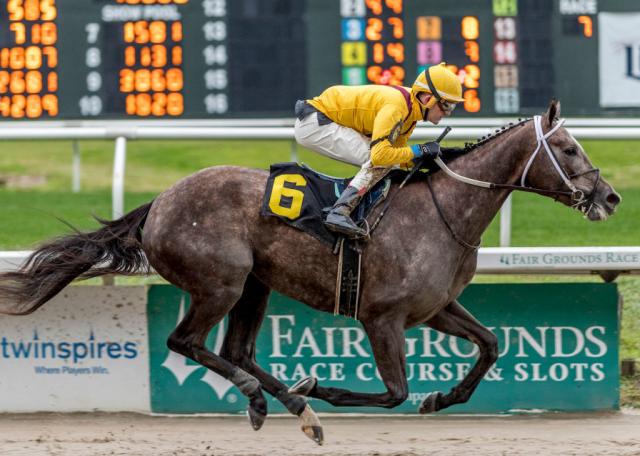