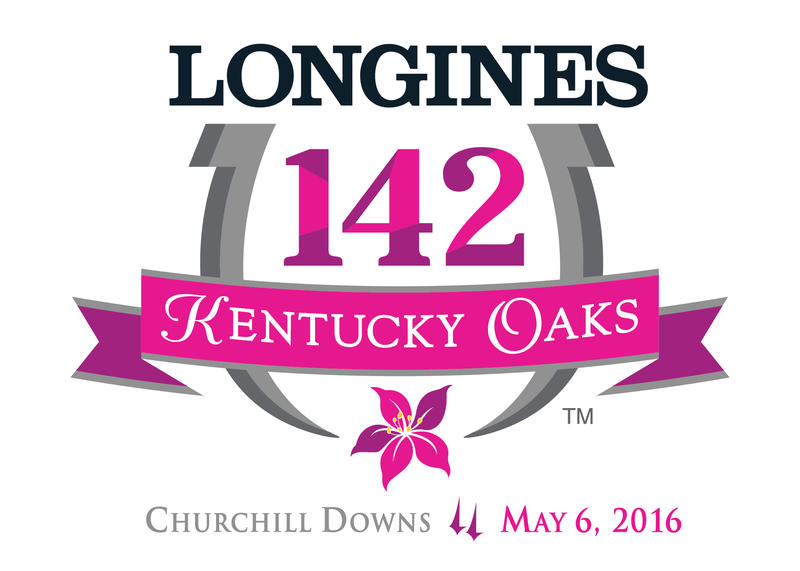 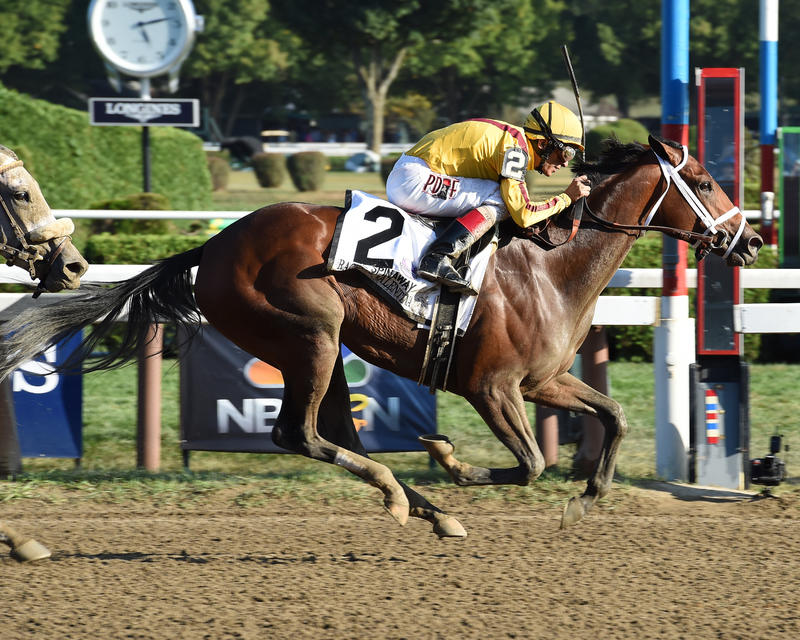 Stonestreet Farm's Rachel's Valentina, shown in a victoryi in the 2015 Spinaway (GI) at Saratoga, is the 7-2 morning line favorite for Friday's 142nd running of the $1 million-guaranteed Longines Kentucky Oaks (GI) at Churchill Downs.  She is the daughter of Rachel Alexandra, who won the 2008 Oaks by a record 20 1/4 lengths.(Adam Coglianese, NYRA) 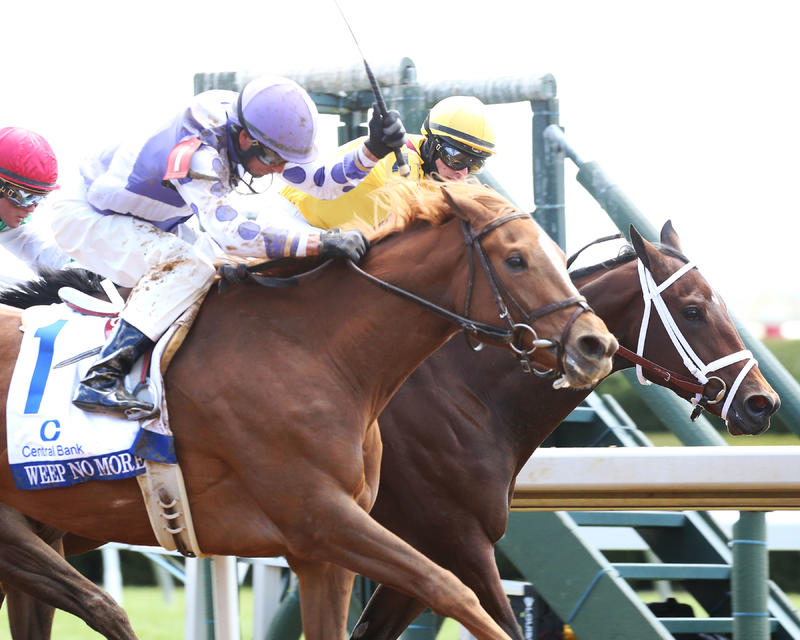 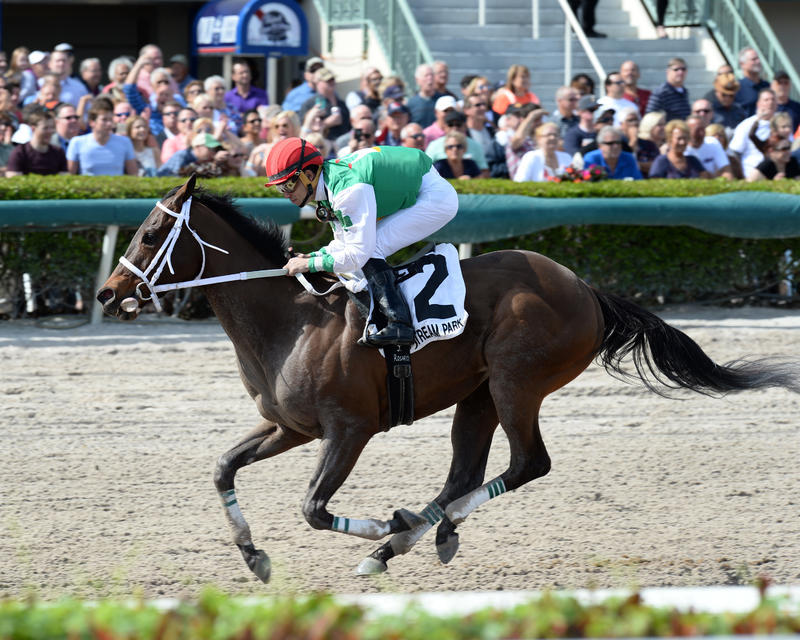 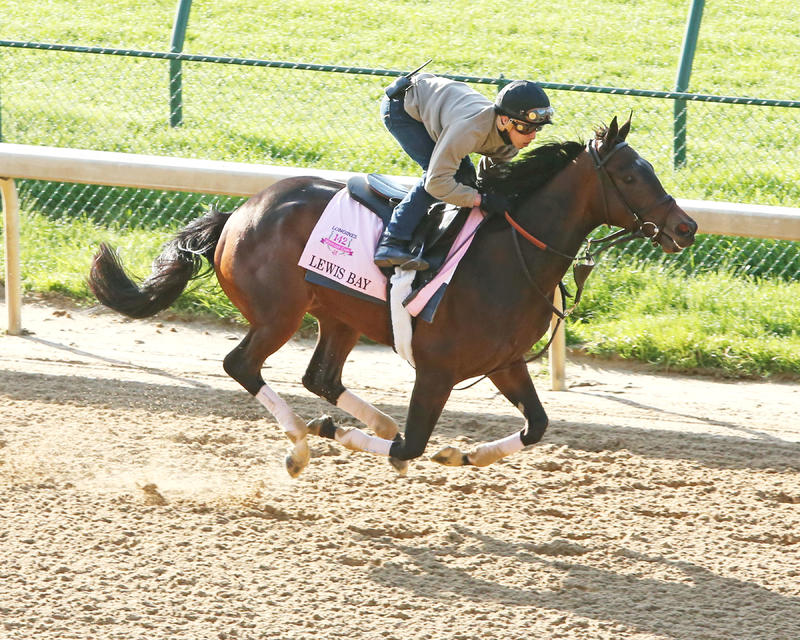 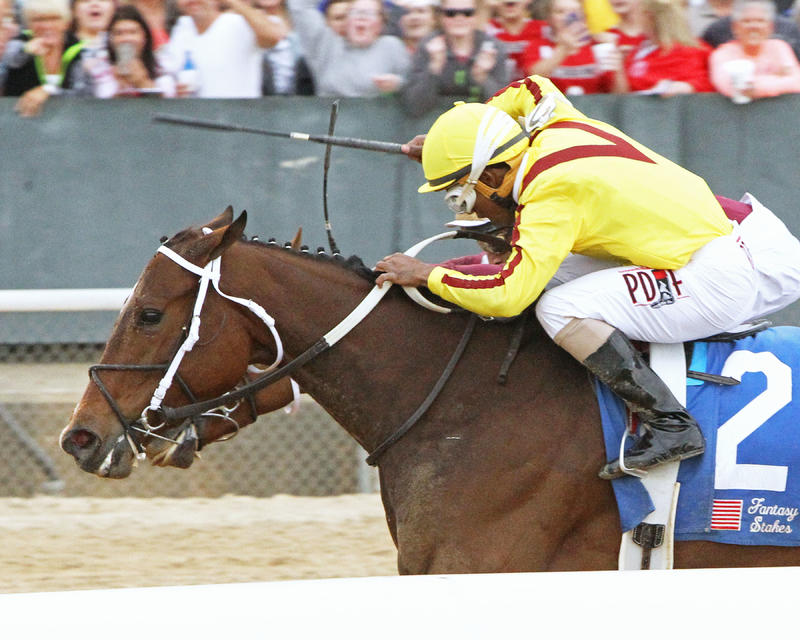 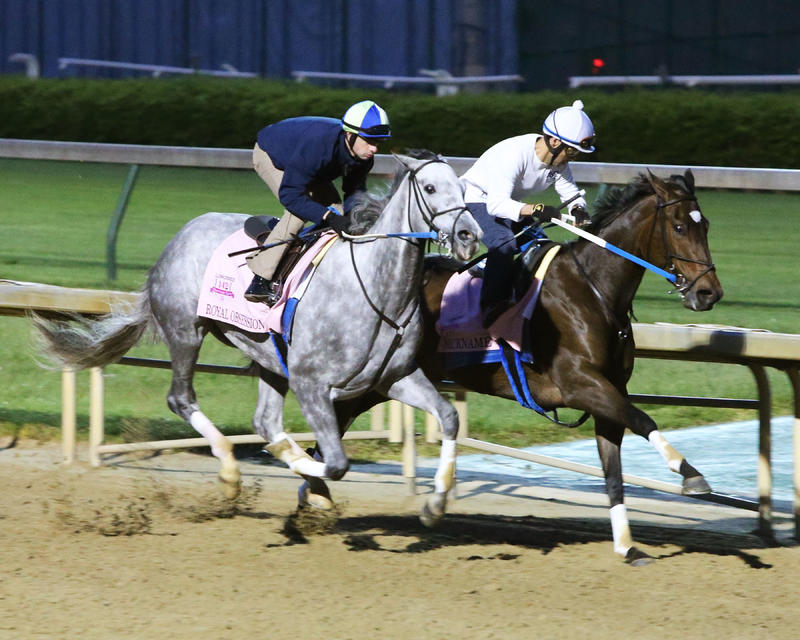 Gazelle (GII) runner-up Royal Obsession (grey, outside) is one of three contenders in the Longines Kentucky Oaks (GI) that will be saddled by two-time Oaks winner Steve Asmussen, a newly-elected member of Thoroughbred Racing's Hall of Fame. (Coady Photography | Churchill Downs) 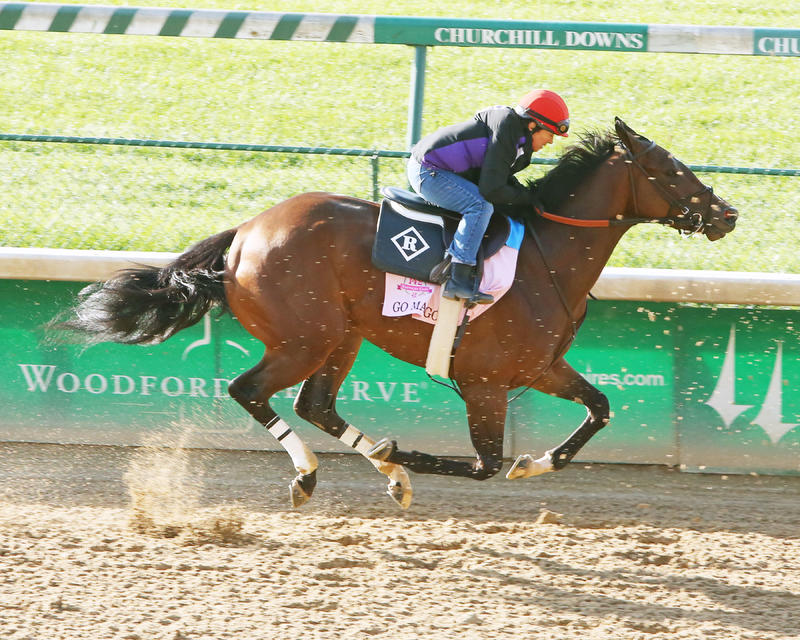 The 1-2 finishers from last month’s Ashland Stakes (GI) at Keeneland, Ashbrook Farm’s Weep No More and Stonestreet Stables’ Rachel’s Valentina, sporting family ties to the Kentucky Oaks (GI), headline a field of 14 3-year-old fillies entered today for Friday’s 142nd running of the $1 million Longines Kentucky Oaks to be run at 1 1/8 miles on the main track.

Rachel’s Valentina, established as the 7-2 morning-line favorite by Churchill Downs linemaker Mike Battaglia, won her first two starts of 2015, including a victory in the Spinaway (GI) at Saratoga. She finished second to champion Songbird in the 14 Hands Winery Breeders’ Cup Juvenile Fillies (GI) at Keeneland before debuting in the Ashland.

Todd Pletcher trains Rachel’s Valentina, who will be ridden by John Velazquez and break from post position 11.

Pletcher is seeking his fourth victory in the Oaks having won previously with Ashado (2004), Rags to Riches (2007) and Princess of Sylmar (2013). Velazquez, the only jockey in the race to have won the Oaks previously, scored with Ashado.

Pletcher also will send out King of Prussia Stable’s Mo d’Amour. Winner of the Busher Stakes at Aqueduct in February, Mo d’Amour will break from post position seven and be ridden by Joel Rosario.

Trained by Rusty Arnold, Weep No More brings a three-race win streak into the Oaks. Prior to her victory at Keeneland, Weep No More won the Suncoast Stakes at Tampa Bay Downs.

Corey Lanerie retains the mount on Weep No More, the co-second choice at 9-2, and will break from post position two.

Two other trainers will be seeking to add to their Oaks win totals Friday: Hall of Fame electee Steve Asmussen and Neil Howard.

Asmussen, who won the Oaks in 2005 with Summerly and in 2014 with Untapable, will send out three runners: Stonestreet Stables’ Terra Promessa, Stonestreet and Regis Farms LP’s Royal Obsession and Winchell Thoroughbreds’ Taxable.

Terra Promessa, brings a four-race win streak into the Oaks highlighted by victories in the Fantasy (GIII) and Honeybee (GIII) at Oaklawn Park. Ricardo Santana Jr., who has been aboard the Curlin filly in all five of her starts, has the mount and will break from post position one.

Royal Obsession, who broke her maiden at first asking here last fall, enters the Oaks off a runner-up finish in Gazelle (GII) at Aqueduct. Florent Geroux has the call on Royal Obsession and will break from post position eight.

Taxable, a winner of two of three starts and also a first-out winner here last fall, fell a neck short of catching Terra Promessa in the Fantasy. Mike Smith has the mount and will break from post position 14.

Howard will send out Stoneway Farm’s Dream Dance as he seeks a repeat on his 2000 victory in the Oaks with Secret Status.

Runner-up in the Fair Grounds Oaks (GII) and third in the Pocahontas (GIII) here last September, Dream Dance will have regular rider Brian Hernandez Jr. aboard and break from post position five.

Cash is King’s Cathryn Sophia, who won her first four starts by more than 40 combined lengths, enters the Oaks off a third-place finish in the Central Bank Ashland. Trained by John Servis, Cathryn Sophia started the year with blowout victories in the Forward Gal (GII) and Davona Dale (GII). Javier Castellano has the riding assignment and will break from post position 12. Cathryn Sophia is the co-second choice on the morning line at 9-2.

Alpha Delta Stables’ Lewis Bay comes into the Oaks off a victory in the Gazelle (GII) at Aqueduct for trainer Chad Brown. Winner of the Demoiselle (GII) in November, Lewis Bay will break from post position three and be ridden by Irad Ortiz Jr.

Reddam Racing’s Land Over Sea won the Fair Grounds Oaks (GII) in her most recent start. Trained by Doug O’Neill and to be ridden by Mario Gutierrez, Land Over Sea and stablemate Nyquist, the favorite for the Kentucky Derby Presented by Yum! Brands (GI), could give the human connections the first Oaks-Derby sweep since 1952 when Real Delight and Hill Gail won the races under Eddie Arcaro for Calumet Farm and trainer Ben Jones.

Land Over Sea, the fourth choice on the morning line at 5-1, will break from post position 13.

Mike Tarp’s Go Maggie Mo, trained by Dale Romans, is undefeated in two starts. Her most recent victory came in the Gulfstream Park Oaks (GII). Luis Saez has the mount and will break from post position four.

Rosemont Farm’s homebred Venus Valentine punched her Oaks ticket with a victory in the Rachel Alexandra (GII) at Fair Grounds. Trained by Tom Amoss, Venus Valentine will be ridden by Shaun Bridgmohan and break from post position 10.