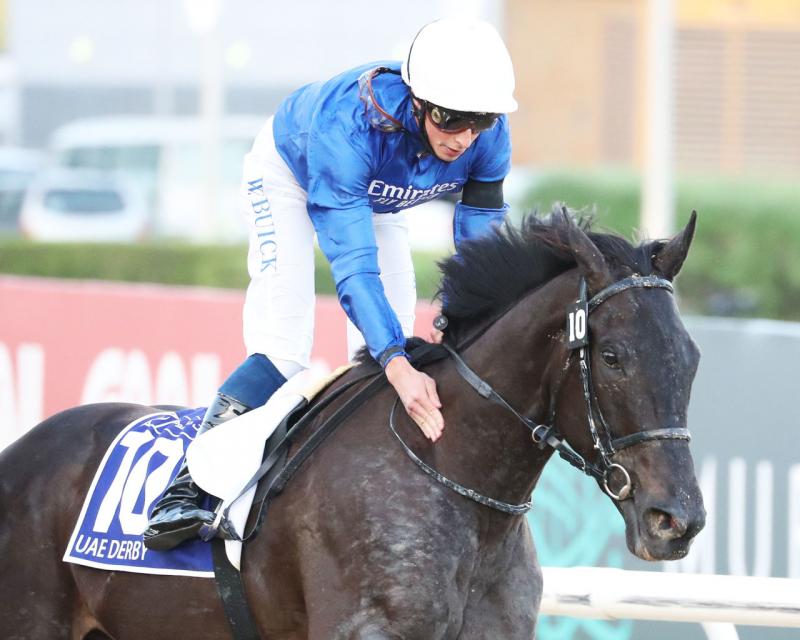 Godolphin has unbeaten champion Essential Quality and the promising Prevalence on the Kentucky Derby (G1) trail stateside, but Rebel’s Romance has run himself into consideration with a convincing display in Saturday’s $750,000 UAE Derby (G2) on Dubai World Cup night. Trained by Charlie Appleby, the Triple Crown nominee earned 100 Derby points at Meydan.

“The Kentucky Derby will be a nice conversation to have over the next 10 days,” Appleby said according to godolphin.com.
“Thankfully, Godolphin has a very special horse over there in Essential Quality, who looks as though he might have the Kentucky Derby within his grasp. The long-term aim with Rebel’s Romance will be to work back from next year’s Dubai World Cup (G1).”
Rebel’s Romance was rebounding from his only loss, a fourth in the Saudi Derby on Saudi Cup Day. The gelded son of Dubawi had won his three previous starts, the first two on British all-weather tracks (Newcastle and Kempton) last fall and his dirt debut here on Jan. 14.
Appleby has long said that Rebel’s Romance is still physically developing, and that whatever he does this season is but a prelude to next year.
“He is still very much a work in progress, and he looked much better tonight than he did in Saudi Arabia.
“I think the biggest attribute to him today is that he was going to stay,” his trainer added regarding the step up to about 1 3/16 miles. “We were always confident he was going to stay. Stepping up in trip was going to be his forte.”
Patiently handled by regular rider William Buick, Rebel’s Romance was allowed to find his rhythm near the back of the pack early. Up front, unbeaten Al Bastakiya winner Panadol was making full use of his trademark speed, and that proved too much for all but one of his rivals.
Rebel’s Romance steadily advanced on the outside down the backstretch, reached contention turning for home, and powered past Panadol. Driving 5 1/2 lengths clear, he posted the second-fastest time in the UAE Derby’s six runnings on dirt at Meydan. Only the sensational Mendelssohn (2018) ran faster in his track-record 1:55.18.
Panadol maintained second by 1 3/4 lengths from the stalking New Treasure, who was also third in the Saudi Derby. Japan Road competitor Takeru Pegasus closed belatedly for fourth. They would score 40, 20, and 10 points, respectively, but none is nominated to the Triple Crown.
Next came Mouheeb; Triple Crown nominee France Go de Ina, who was taken out of his forward game when failing to break alertly; Speight’spercomete; El Patriota; UAE Oaks (G3) winner Mnasek; Saudi Derby upsetter Pink Kamehameha; American shippers Ambivalent and Lugamo; Fire Group; and a tailed-off Soft Whisper.
An Irish homebred, Rebel’s Romance is out of the stakes-placed Minidress, by one of Godolphin’s greatest stars in Street Cry. 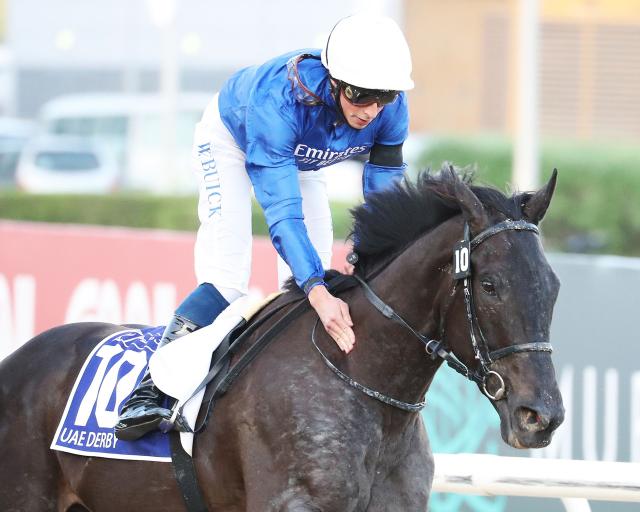