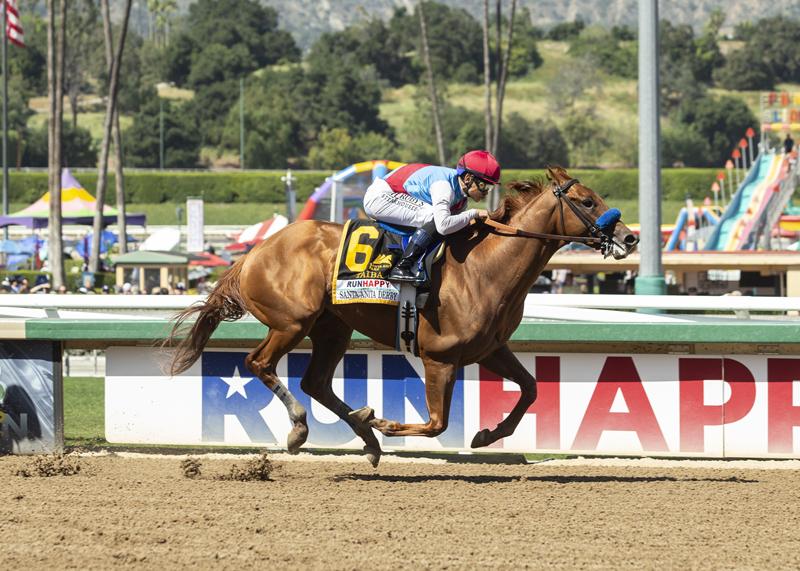 A 7 1/2-length debut win winner over six furlongs on March 5, Taiba handled the step up in distance to 1 1/8 miles comfortably, running down Messier in the final furlong to win by 2 1/4 lengths after tracking a close third until upper stretch.

"That was a sensational performance," said Tim Yakteen, who recently assumed training duties for both Taiba and Messier from Bob Baffert, who is currently serving a suspension. "These two horses represented me unbelievably in this race."

Owned by Zedan Racing Stables and ridden by Mike Smith, Taiba covered nine furlongs over a fast track in 1:48.67. Taiba paid $10.60 as the 4-1 third choice and earned 100 qualifying points toward the Kentucky Derby (G1).

Messier finished 10 lengths clear of third-place finisher Happy Jack, who had a neck on Armagnac. Win the Day finished fifth, while San Felipe (G2) winner Forbidden Kingdom gave way badly down the stretch after setting a pace of :23.23, :46.66, and 1:10.93.

A son of Horse of the Gun Runner and the Flatter mare Needmore Flattery, a star Ohio-bred with 14 state-bred stakes wins to her credit, Taiba most recently sold for $1.7 million at the Fasig-Tipton March sale of two-year-olds at Gulfstream. He was bred in Kentucky by Bruce Ryan.

Rating in third as stablemate Ain't Easy and 7-10 favorite Adare Manor duked it out for nearly a mile, Desert Dawn grabbed the lead approaching the eighth pole but had to dig deep late to fend off a stubborn Adare Manor. The winning margin was a neck under Umberto Rispoli, with a final time for 1 1/16 miles in 1:43.50.

Bred in Arizona by owner H and E Ranch and trained by Phil D'Amato, Desert Dawn paid $31.20. Adare Manor finished 7 1/2 lengths clear of Ain't Easy, who was followed by Under the Stars and Micro Share.

Desert Dawn finished third to Ain't Easy in the Chandelier (G1), sixth in the Breeders' Cup Juvenile Fillies (G1) and fourth in both the Starlet (G1) and Santa Ysabel (G3) in her prior Road to the Kentucky Oaks series attempts. She earned 100 qualifying points toward the Kentucky Oaks (G1) here, increasing her total to 108. 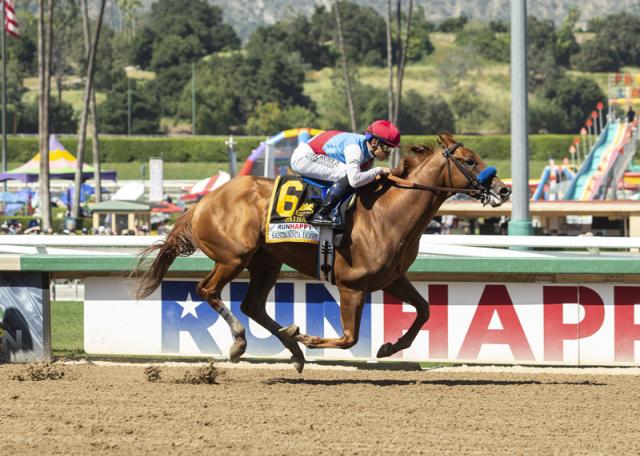