Silver Mission’s one to watch in Friday’s Tremont

The Tremont at Belmont Park doesn’t have the cache it once did in its long history, but Friday’s 119th running might yield an aspirant for the 2017 Kentucky Derby (G1) trail. Both on pedigree and connections, Silver Mission rates as one to watch over the long term.

Trained by Todd Pletcher for Twin Creeks Racing Stable and Sequel Racing, Silver Mission is from the first crop sired by a past Twin Creeks star, Mission Impazible.

Likewise a Pletcher trainee, Mission Impazible captured the 2010 Louisiana Derby (G2) and finished ninth in the Kentucky Derby. The handsome gray son of Unbridled’s Song returned as a 4-year-old to take the New Orleans H. (G2). His other highlights as an older horse included near-misses in the Stephen Foster (G1) and Donn H. (G1), along with a runner-up effort in the Clark H. (G1).

Silver Mission’s dam, Nashinda, scored her biggest victory in the 6 1/2-furlong George C. Hendrie (G3) at Woodbine. But she is a full sister to Canadian champion Archers Bay, hero of the first two jewels of his country’s Triple Crown – the 1 1/4-mile Queen’s Plate as well as the 1 3/16-mile Prince of Wales. You might know that Pletcher trained Archers Bay too!

Silver Mission became the first starter for Mission Impazible when making his debut at Aqueduct April 21, and he wasted no time in becoming his sire’s first winner. He showed early speed and determination to fight for a three-quarter of a length decision.

Although you normally wouldn’t expect future Derby hopefuls to win this early while sprinting 4 1/2 furlongs, Silver Mission was following in dad’s footsteps. Mission Impazible won first time out in April of his juvenile year at Keeneland, over the same short trip. Nashinda was precocious herself, breaking her maiden at first asking at 4 1/2 furlongs and dominating the My Dear S. in her only other outing at two.

That sharp early beginning didn’t stop either of his parents from achieving success at three and four. Bred to go further, Silver Mission figures to progress as well. So however he fares against purely speedy types in the Tremont, he’s got upside. 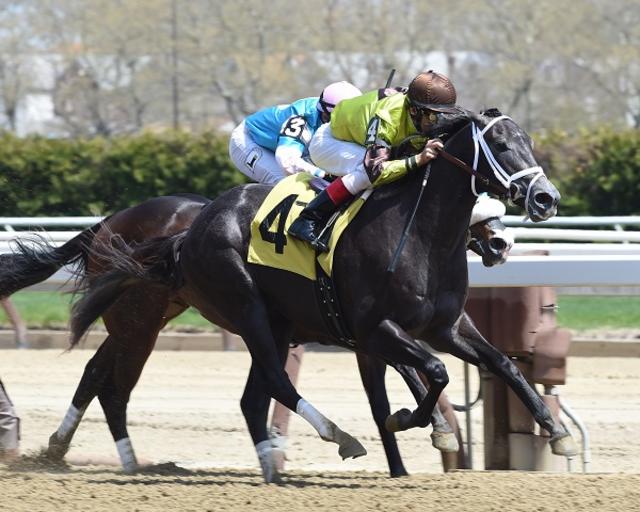