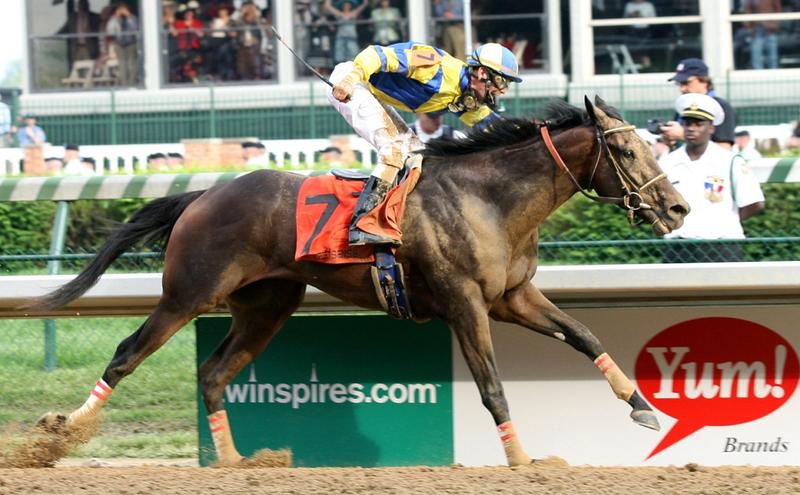 The Cattleya Sho, the first Kentucky Derby (G1) points race in Japan, will be contested Saturday (Friday night at 12:15 a.m. EST). Last year, this allowance over Tokyo’s metric mile was a launching pad for Lani, who went on to compete in all three jewels of the American Triple Crown. Might another Derby hopeful emerge from this race?

includes offspring of Derby heroes Street Sense (2007) and I’ll Have Another (2012), as well as Derby competitors Hansen, Came Home, and Sinister Minister. Past performances are available here.

The Street Sense colt, named Caucus, is a Darley Japan homebred for Sheikh Mohammed. The well-bred juvenile is out of a half-sister to 1990 Breeders’ Cup Turf (G1)-winning millionaire In the Wings, from a strong European family. Caucus thus inherits his dirt proficiency from his sire. Coming off a four-length victory in a good-looking newcomers’ race at Hanshin, he figures to be a prime contender. Top jockey Keita Tosaki will guide him from post 5.

I’ll Have Another, who entered stud at Japan’s Big Red Farm in 2013, has his first crop of runners this year. His hopeful in the Cattleya Sho is the filly Successo, who was fourth on debut before breaking her maiden at Niigata. She faces a stiff class test here, however, while stretching out from about six furlongs to the metric mile. Successo will break from the rail.

Hansen, the champion two-year-old colt of 2011 who was ninth behind I’ll Have Another in the Kentucky Derby, is likewise represented by his first runners. A son of leading North American sire Tapit, Hansen has a top chance in Kentucky-bred Blanc Eclat, who was purchased for $225,000 as a Fasig-Tipton Florida two-year-old in training.

Not only is Blanc Eclat already a debut winner over this track and trip, but he lures British ace Ryan Moore into the saddle for the Derby points race. That portends favoritism for the gray, drawn in post 7. Lending further appeal is his maternal half: Blanc Eclat is out of a half-sister to multiple Japanese champion Hishi Amazon, from the further family of Horse of the Year Admire Moon.

Also exiting a first-out score over course-and-distance is Mont Saint Legame. But he splashed home in the mud last time, and will likely have to back it up on a projected fast track. (That's if the sunny forecast for Saturday holds; the weather's been inclement this week, and rain is expected Sunday.) Landing in post 8, Mont Saint Legame is by Came Home, the sixth-placer in the 2002 Kentucky Derby, and from the rich family of Japanese dirt star Vermilion.

Lavapies counts the great Glorious Song as his fourth dam, and his third dam is a full sister to Rahy. Fifth in the slop on debut, Lavapies won next time at Hanshin. Although he finished second in an allowance at this track and trip in his latest, the form has worked out well. The winner, Epicharis, has since landed a Japanese Grade 3 event to remain perfect in three outings. Lavapies is parked in the outside post 9.

Red Ogre (post 3) was unplaced in his first three starts on turf, but has fared a lot better since switching to the Tokyo dirt. Victorious here two back, he was most recently third in an allowance in the slop. His record befits a son of 2008 Peter Pan (G2) winner Casino Drive. Himself a three-quarter brother to Rags to Riches and a half to Jazil, Casino Drive was set to emulate his Belmont (G1)-winning siblings, only to be scratched. Red Ogre hails from a deep female line too, with his second dam being 1993 Kentucky Oaks (G1) winner Dispute.

Fun Vie (post 2), by French Deputy, was seventh in the same allowance in which Red Ogre was third. But in his premiere two starts ago, he captured a newcomers’ race in the slop at Nakayama.

Adler (post 4), by 2006 Derby also-ran Sinister Minister, has bookended his lone win with a pair of fourths. Piano Itcho (post 6), a daughter of the aforementioned Vermilion, took three tries to break her maiden. After checking that box at this track and trip, she was well beaten in a turf allowance.

The Cattleya Sho is one of two scoring races on the inaugural “Japan Road to the Kentucky Derby,” a points system that is separate and distinct from the already established 35-race “Road to the Kentucky Derby.” The Cattleya Sho awards points to the respective top four finishers on a sliding scale of 40-16-8-4, while the second Japanese scoring race, the Hyacinth, will take place early next year and offer more points (50-20-10-5). The top point-getter in the two-race series, who accepts the invitation, will secure a spot the starting gate for Derby 143 as Japan’s representative.

Photos of Street Sense (top) and I'll Have Another (sidebar) courtesy of Churchill Downs/Reed Palmer Photography. 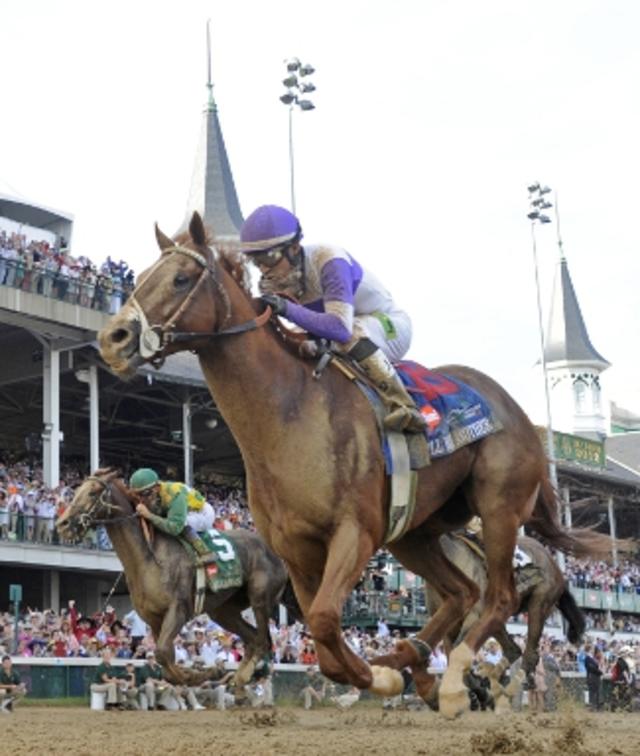