A veteran of the Kentucky circuit, Go Google Yourself won the 1 1/16-mile Locust Grove (G3) at Churchill Downs last September, one of seven top 3 finishes the daughter of Into Mischief has compiled from nine starts over the Louisville oval. A tough trip from a wide draw in the Apple Blossom (G1) last time out contributed to an off-the-board finish, but Go Google Yourself—typically eager to race up and on the pace—figures to enjoy an easier journey while breaking from the rail in the Fleur de Lis. The 1 1/8-mile distance of Saturday’s test might be stretching the limits of her stamina, but Go Google Yourself has the class to fight for a spot on the board.

Although Another Broad hasn’t reached the winner’s circle since April 2019, she’s long been a capable stakes performer and finished a close second in the 1 1/8-mile Turnback the Alarm H. (G3) last November at Aqueduct. A late runner, Another Broad will retain the services of Hall of Fame jockey John Velazquez, but she’ll need to improve off her weakening fifth-place effort in the 1 1/16-mile Shawnee S. at Churchill on May 23.

Winner of the 2019 Honeybee (G3) as a sophomore, Chocolate Kisses could only cross the wire eighth when trying 1 1/8 miles in the Kentucky Oaks (G3) at Churchill Downs last spring, but the daughter of Candy Ride has shown improvement since returning from a long layoff as a 4-year-old. Runner-up in a turf allowance race at Fair Grounds in March, Chocolate Kisses outran expectations to finish second in Churchill’s May 23 Shawnee S., coming home less than two lengths behind Grade 1 winner Dunbar Road. Formerly a deep closer, Chocolate Kisses has shown improved tactical speed this season and should factor at a price in the Fleur de Lis.

Consistency has never been a strong suit for Serengeti Empress, but when she’s able to secure a clear early lead, watch out. The speedy filly went wire-to-wire in the 2019 Kentucky Oaks (G1) and later finished a game third in the Breeders’ Cup Distaff (G1), demonstrating a high level of form over 1 1/8 miles. Though she faltered to finish 11th in the Apr. 18 Apple Blossom H. (G1), Serengeti Empress was beaten to the lead and wound up chasing fast fractions, a scenario far from ideal. As the only clear front-runner in the Fleur de Lis field, Serengeti Empress should receive her preferred trip on Saturday, making her a threat to lead all the way around.

A picture of talent and consistency with 12 wins from 20 starts, Midnight Bisou has never finished out of the trifecta while competing almost exclusively against graded stakes company. A five-time Grade 1 winner, Midnight Bisou went 7-for-8 in 2019 and kicked off her 2020 campaign with a gallant runner-up effort against males in the $20 million Saudi Cup racing 1 1/8 miles. Though Midnight Bisou is returning from a four-month layoff, she’s been training sharply and will partner once again with Hall of Fame jockey Mike Smith. It’s going to take a huge effort for anyone to upset Midnight Bisou in the Fleur de Lis.

Bred in Italy, Red Dane has yet to place in a stakes race and hasn’t reached the winner’s circle since October 2018, but her form this season is nevertheless encouraging. After spending the winter racing on the synthetic Polytrack at Turfway Park, Red Dane returned to dirt for a mile allowance race at Churchill Downs and rallied to finish second behind champion Monomoy Girl. She’ll need another step forward to factor in the Fleur de Lis, but with Churchill’s veteran rail-skimming rider Corey Lanerie in the saddle, Red Dane could become a surprise threat from behind if the pace is fast.

Considering Motion Emotion has earned nearly half a million in purse money, it’s hard to believe she’s never won a graded stakes race. She gave it a couple of gallant tries when finishing second in the Fantasy (G3) and Honeybee (G3) last season, beaten a length by Chocolate Kisses in the latter, but to date her biggest triumph has come in the ungraded Zia Park Oaks. Motion Emotion has tactical speed and figures to be involved from the outset in the Fleur de Lis, but her lone previous try over 1 1/8 miles saw her cross the wire ninth in the 2019 Kentucky Oaks (G1), so stepping back up in class and distance could be a tricky task. 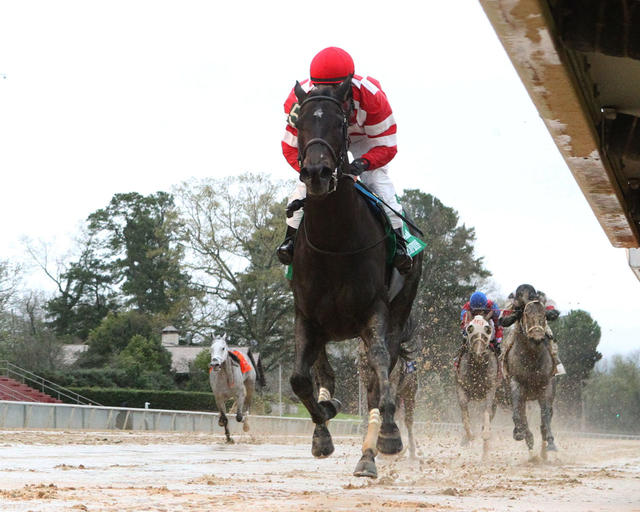