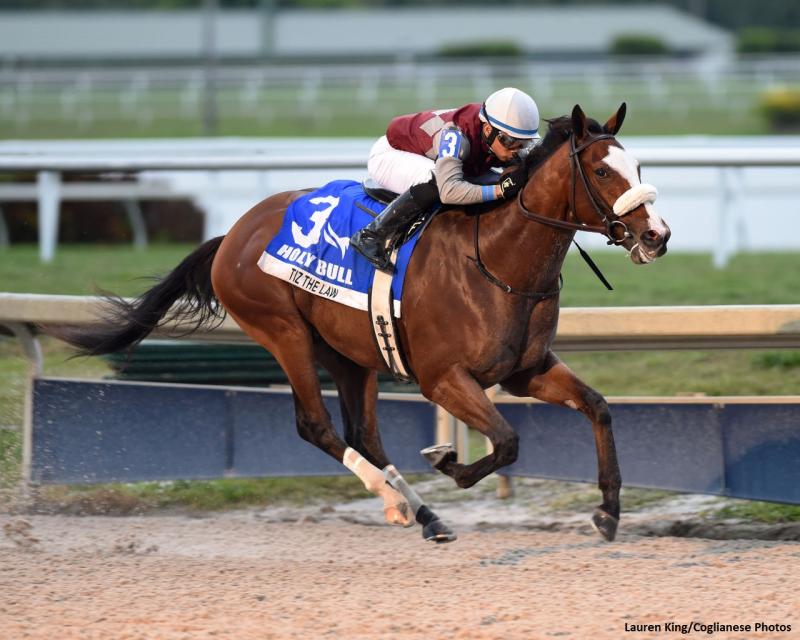 Tiz the Law will attempt to rule over his Florida-based peers one more time at the Gulfstream Park winter meet Saturday in the $750,000 Florida Derby (G1).

In what could be the final Road to the Kentucky Derby prep for some weeks due to the national coronavirus emergency, the 1 1/8-mile feature concludes a blockbuster 14-race card and offers qualifying points of 100-40-20-10 to the top four finishers for the Road for the Roses, which has been postponed to September.

Winner of the Champagne (G1) last fall, Tiz the Law rebounded from his first career loss in Kentucky Jockey Club (G2) in November with a three-length romp in the Feb. 1 Holy Bull (G3) over Ete Indien, who flattered the form with his own decisive, 8 1/2-length tally in the Feb. 29 Fountain of Youth (G2).

Ete Indien  had to hustle from post 10 to make the lead heading into the first turn in the 1 1/16-mile Fountain of Youth, and will have to again after drawing post 12 in the slightly longer Florida Derby.

"I don't think he has a problem with stamina," trainer Patrick Biancone said. "He's very manageable. The other day, we had to ask him to get out of a bad hole. When he got the lead, he relaxed immediately and he was very manageable"

Two others that figure to attract a lot of play are Independence Hall and Gouverneur Morris. Independence Hall was a flashy winner of the Nashua (G3) and Jerome S., both around one turn at Aqueduct, but weakened to second in his two-turn debut in last month's Sam F. Davis (G3) after rating close to a fast pace, among other issues.

"Some circumstantial things went against him in the Sam Davis. He got beat that day on the square, but if you consider the trouble that he had in that race, between the tongue tie and losing his right front shoe, the race shape and setup playing against him, I thought it was a really strong effort," said Eclipse Thoroughbred Partners' Aron Wellman.

Gouverneur Morris makes his fourth career start in the Florida Derby. A nine-length debut winner at Saratoga last summer, he was subsequently second in the Breeders' Futurity (G1). His most recent outing was a workmanlike allowance score at Tampa.

"I thought it was a good comeback. It wasn't a cupcake field," trainer Todd Pletcher said. "He finished up well and seemed to come out of it and has trained strongly since then."

Also in the lineup are Candy Tycoon and As Seen On Tv, both of whom placed in the Fountain of Youth; and Ajaaweed, a son of Curlin who's placed in the Remsen (G2) and Sam F. Davis in his last two for the soon-to-be retiring Kiaran McLaughlin.

The scheduled post time for the Florida Derby is 6:36 p.m. (EDT). It can be watched and wagered at TwinSpires.com. 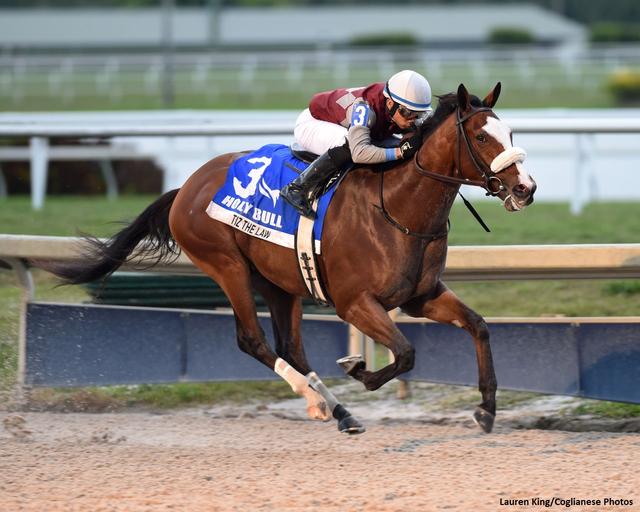