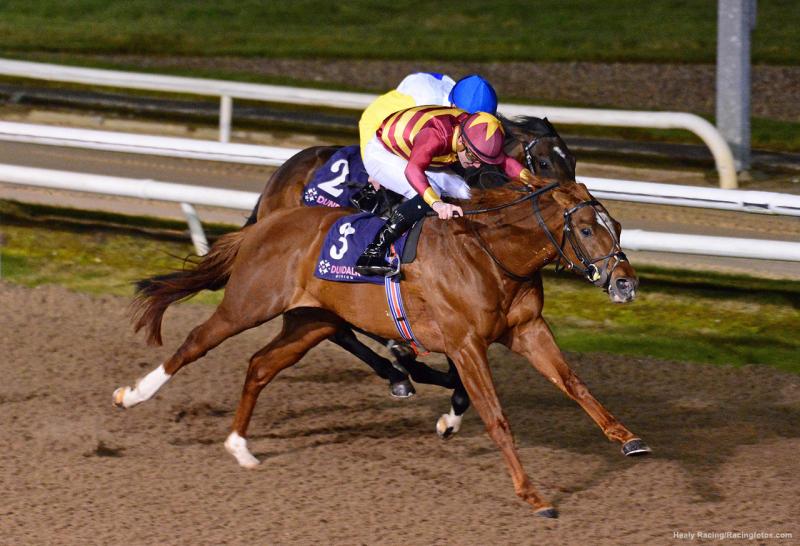 Crossfirehurricane passes stablemate Choice of Mine to stay perfect in the Patton at Dundalk (Healy Racing/Racingfotos.com)

Trainer Joseph O’Brien dominated Friday’s Patton S. at Dundalk, as his well-fancied Crossfirehurricane wore down stablemate Choice of Mine in the scoring race on the European Road to the Kentucky Derby.

The Patton offered points on a 20-8-4-2 scale, but runner-up Choice of Mine was the only one of the top four who is nominated to the Triple Crown.

Owned by American Scott Heider, Kentucky-bred Crossfirehurricane brought a perfect 2-for-2 mark into the mile test on Polytrack. The Kitten’s Joy colt was forecast to be the favorite, but it was King of Athens, trained by Joseph’s father, Aidan, who ultimately shorted into 9-4 favoritism.

But the strapping chestnut had plenty in reserve to put him away. Despite lugging in on his left lead, Crossfirehurricane was firmly on top by a half-length at the wire in 1:40.10.

Choice of Mine was three lengths clear of the maiden filly Orchid Gardens, with another maiden, Dutch Admiral, in fourth. King of Athens, at the rear early, ground his way into fifth and just missed scoring points in a photo. Wonder Elzaam, Howling Wolf, Battle of Liege (Aidan O’Brien’s other runner), and In the Present.

Bred by Glen Hill Farm in partnership with Heider, Crossfirehurricane remains unbeaten from three starts. He made a winning debut at Limerick last summer and a belated return to action at Dundalk on Feb. 7.

As his pedigree suggests, Crossfirehurricane’s future likely lies on turf. He’s been given early entries in several European classics, including the Irish 2000 Guineas (G1) and Irish Derby (G1) as well as their French equivalents.

There was a key scratch from the Patton – Aidan O’Brien’s New World Tapestry. That well-bred Triple Crown nominee is entered in next week’s scoring race, Wednesday’s Road to the Kentucky Derby Conditions Race at Kempton. 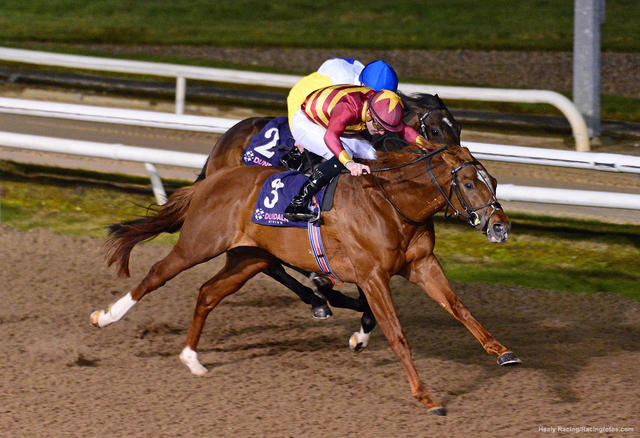