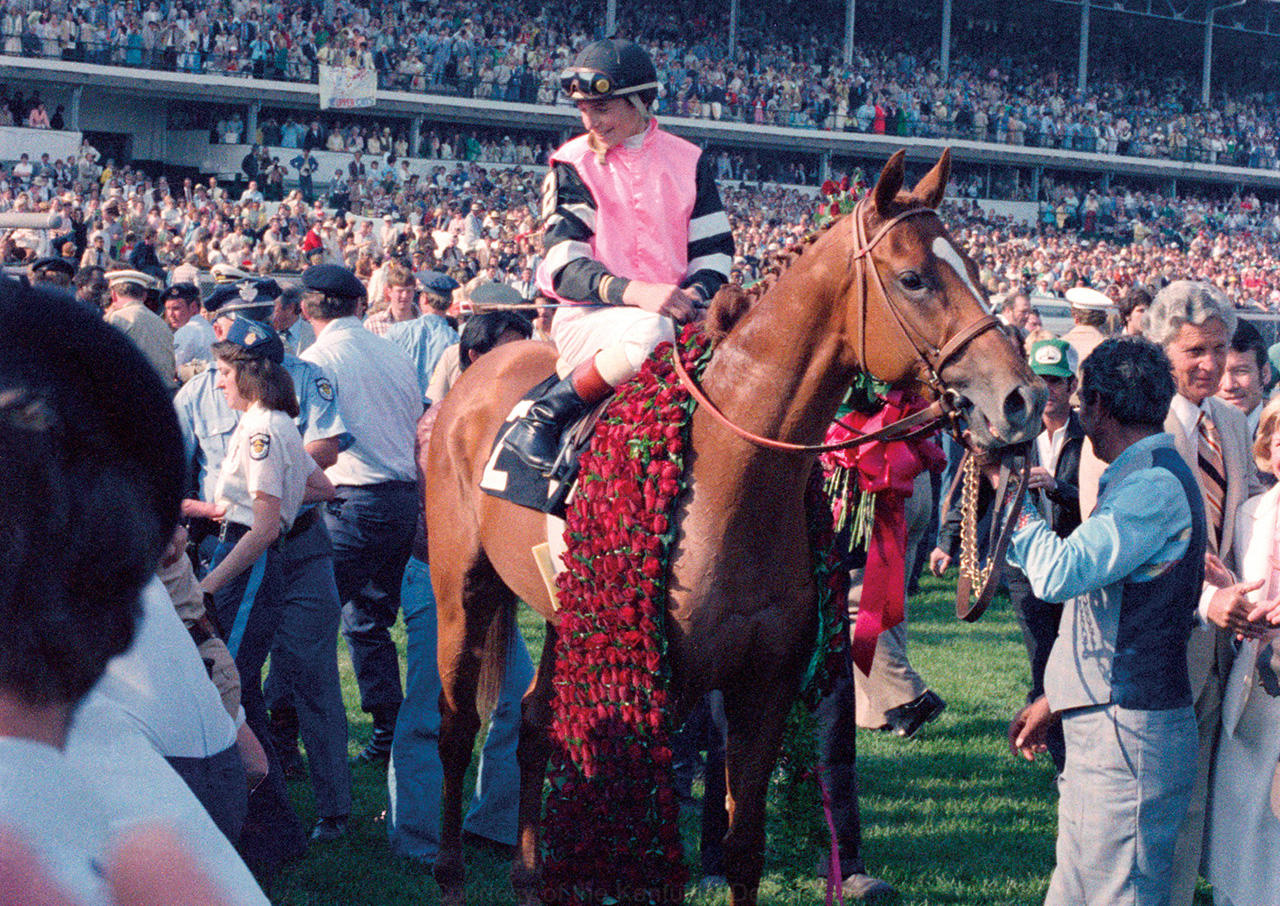 12 Pedigree fun facts: Instant Coffee
Did You Know?: Links between the Kentucky Derby and Epsom…
Everything you need to know about the 2022 Kentucky Derby…
Tales from the Crib: White Abarrio

One of the rare horses in history to have raced three seasons or longer and earned divisional honors in each one, Affirmed’s fame grew in retirement and in the years following his death as he was the sport’s last Triple Crown winner for an unprecedented 37 years.

A Florida homebred campaigned by Lou and Patrice Wolfson’s Harbor View Farm, Affirmed was sired by Exclusive Native and trained by Laz Barrera. The first two-thirds of his career is intertwined with that of his great rival, Alydar, whom he met on the racetrack 10 times at ages two and three.

Affirmed faced Alydar six times as a juvenile, winning four. The rivalry resumed in the Kentucky Derby, with Affirmed scoring by 1 1/2 lengths over the favored Alydar. The margin between the two was a neck in the Preakness, and an even shorter neck in the Belmont Stakes after one of the most epic stretch duels in history. The rivalry came to an unsatisfactory end when Affirmed was disqualified and placed second behind Alydar in the Travers for interference.

Affirmed was named 1978 Horse of the Year despite late-season losses in the Marlboro Cup and Jockey Club Gold Cup, where he finished behind 1977 Triple Crown winner Seattle Slew. He was voted Horse of the Year again at age four when he won six stakes, including the Santa Anita Handicap, Hollywood Gold Cup, and Jockey Club Gold Cup, the latter at the expense of Hall of Fame legend Spectacular Bid.

12 Pedigree fun facts: Instant Coffee
Did You Know?: Links between the Kentucky Derby and Epsom…
Everything you need to know about the 2022 Kentucky Derby…
Tales from the Crib: White Abarrio
Thank you to our sponsor
© 2023 Churchill Downs Incorporated. All Rights Reserved.