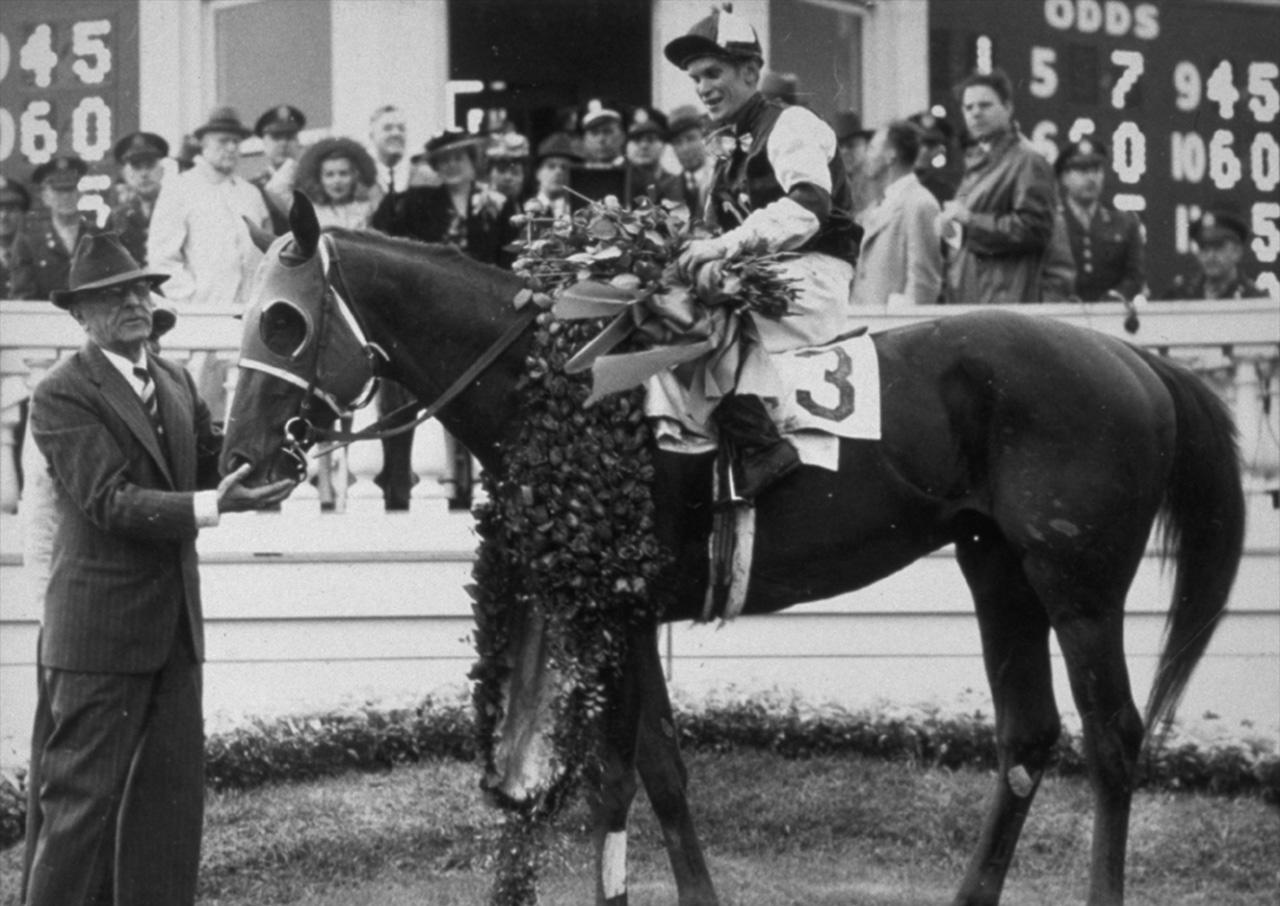 One of only three Triple Crown winners sired by a Kentucky Derby winner, Assault had one of the longer racing careers (42 starts) of the 13 series sweepers. Diagnosed as sterile after his initial retirement at age five, he was returned to training and raced until the age of seven.

Bred and raced by Robert Kleberg’s King Ranch of Texas, Assault captured one stakes at age two. He kicked off his 3-year-old campaign with back-to-back stakes wins, including the Wood Memorial, but finished an even fourth in the Derby Trial just four days before the Kentucky Derby.

Although he had suffered a permanently damaged hoof in a paddock accident as a young horse, Assault rarely let that or other ailments affect him. He won the Kentucky Derby by a record-equaling eight lengths, held on to win the Preakness by a neck, and then captured the Belmont Stakes by a more comfortable margin of three lengths, all in the span of four weeks.

The son of Bold Venture endured a six-race losing streak in the summer and fall of 1946, but bounced back to beat older horses twice and was voted Horse of the Year. He was a top-level 4-year-old, too, winning his first five starts, but lost a match race against the famed gelding Armed by a lopsided eight lengths in the fall of 1947.

Trained by Max Hirsch, Assault won only one more stakes, the 1949 Brooklyn Handicap, before retiring for a second and final time in 1950.