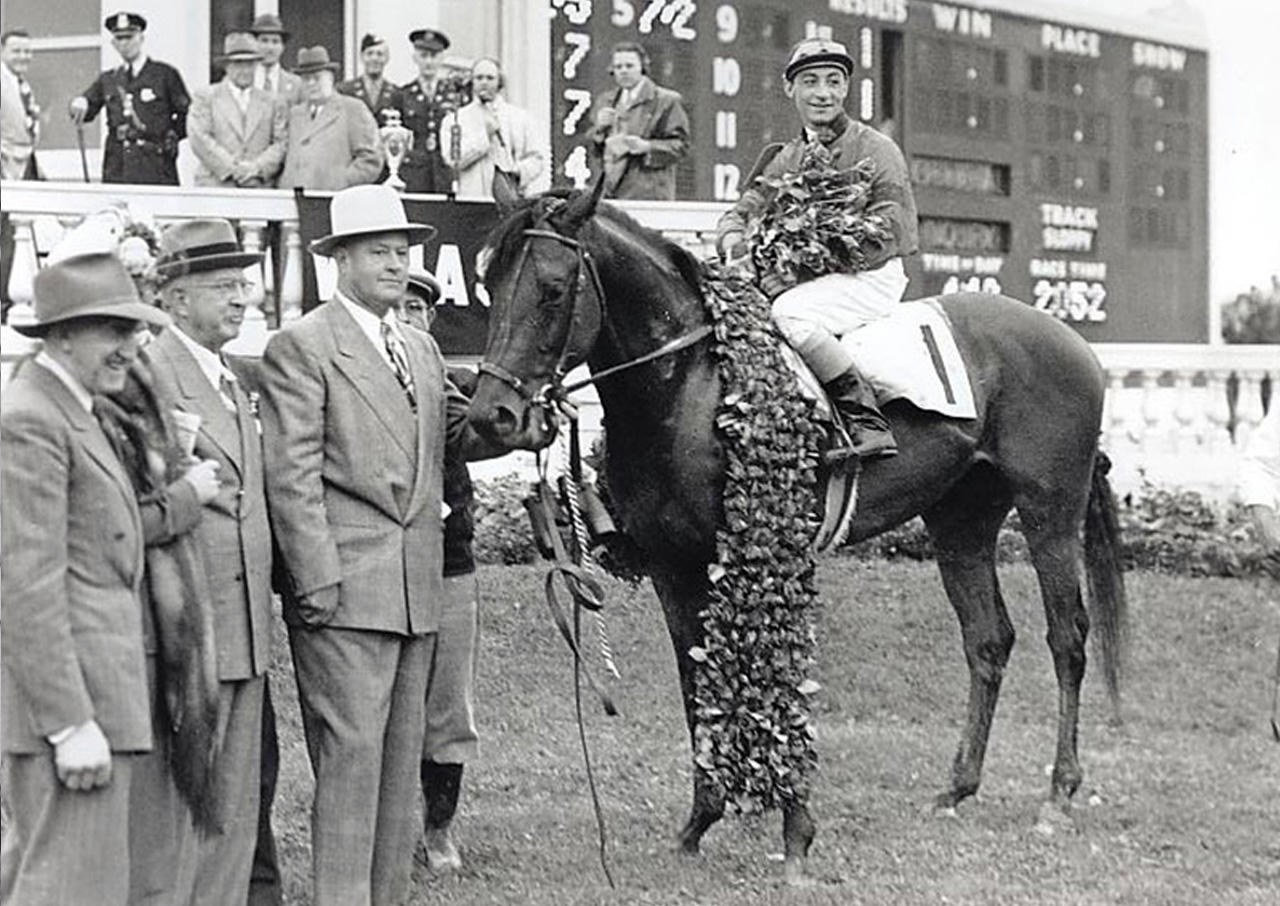 One of the most respected American Thoroughbreds, Citation became the second Triple Crown winner for Calumet Farm in 1948. The mighty bay horse established a modern-day record winning 16 straight races.

A homebred son of foundation sire Bull Lea, Citation was trained by Ben Jones, who won the Kentucky Derby a record six times, and his son Jimmy. Eddie Arcaro guided Citation to easy wins in the Kentucky Derby, Preakness and Belmont Stakes, and Citation added an 11-length victory in the Jersey Derby between the final two legs.

A versatile performer who could win on the lead and from off the pace, Citation’s racing career can be split into two stages -- his prime in 1947-48, and the latter years after physical issues forced him to miss the 1949 season. He was still good after returning from injury, but Citation established himself as an all-time great winning 27-of-29 starts at ages 2 and 3.

After being named champion 2-year-old, Citation easily defeated 1947 Horse of the Year Armed in the Everglades H. early in his 3-year-old season. He rolled past his front-running stablemate, and eventual Hall of Famer Coaltown when posting a 3 1/2-length decision in the Kentucky Derby.

Citation was kept in training to become Thoroughbred racing’s first millionaire, and he was promptly retired after achieving the milestone in 1951, notching 24 stakes victories from a 45-32-10-2 record. Known as “Big Cry,” Citation set or equaled at least five track records, including a new world record for a mile (1:33 3/5).